Ohio-based Cleveland Cyclewerks (CCW) is planning to become the next US-based electric motorcycle manufacturer. The big reveal of their upcoming electric motorcycle won’t take place for another two months, but the company is keeping the hype alive by dropping a slew of new details.

We dug around a few weeks ago and did some sleuthing to find as many details as we could about the project.

As it turns out, CCW’s new details show we were pretty darn close with our original findings. And as an added treat, the new specs for CCW’s upcoming e-moto are certainly intriguing.

First of all, the company will apparently be releasing not just one but two new electric motorcycles, or at least two new versions of the Falcon Rising e-moto. The two models will be known as the Falcon 01 and the Falcon BLK. 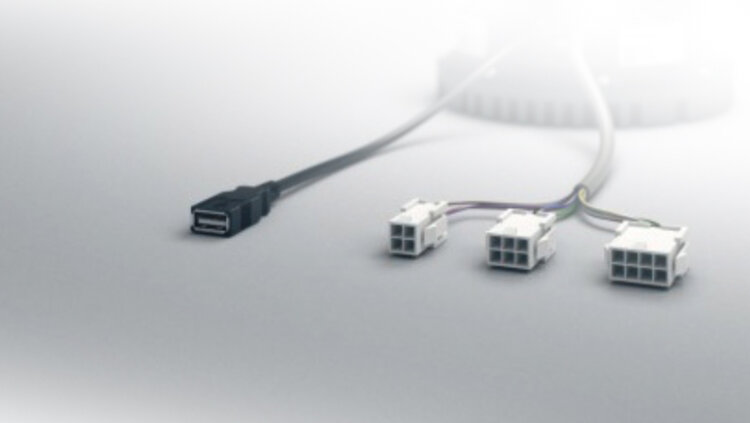 An image released by CCW shows the top of a briefcase-style swappable battery pack, which CCW says will be built with Samsung 35E 18650 battery cells.

The 35E cell is among the largest capacity 18650 cells on the market, indicating that the company is aiming to stuff as much battery range as possible into the bike. 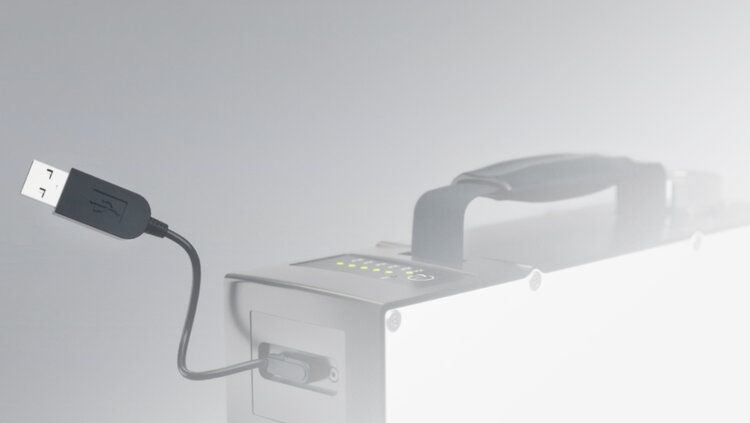 We also have our first full image of the frame, which shows that the bike will feature a central monoshock on the rear swingarm.

It’s likely that the bike will include a mid-drive motor, since the rear swingarm doesn’t appear to be designed to support the axles of a large hub motor. 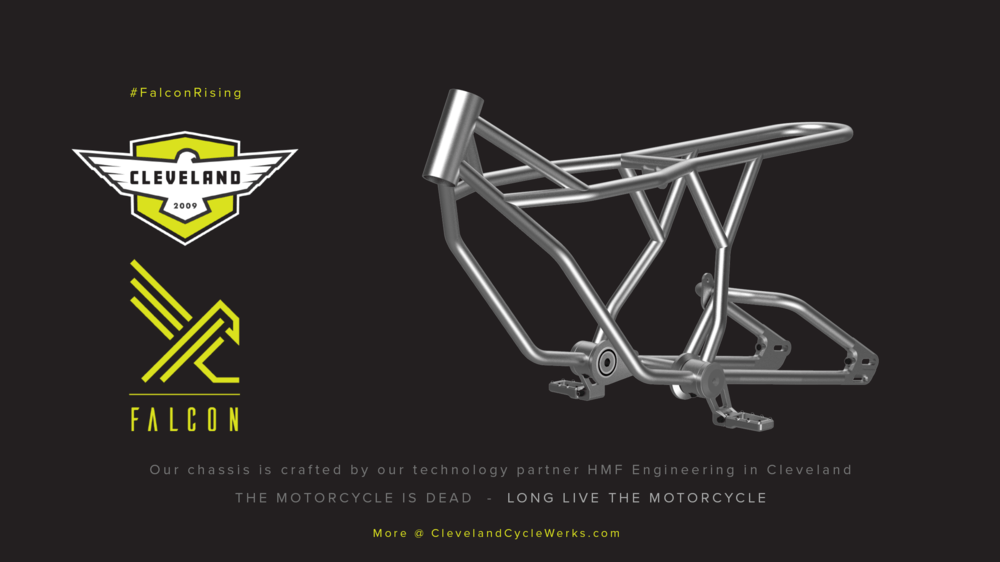 CCW had previously touted the Falcon Rising electric motorcycle as a made-in-America product, though we’re now finding out that the bike will be just over half American-made, or as CCW described it: “64% US parts content.”

Major electric motorcycle components including motors and batteries are very rarely produced in the US, so these may be sourced from overseas. However, we’ll have to wait until CCW shares more info to know for sure.

The Falcon Rising project is shaping up into a peppy little e-moto. Based on our previous look at the bike, I had guessed that we’d be looking at a bike slightly larger than the Sur Ron Light Bee, and also slightly more powerful. It looks like both of those guesses could be correct.

There’s also no word yet on speed or range specs for the bike, but the info we know so far can help us start to make some guess there too. A 12kW (16hp) power rating is likely to help the bike achieve a top speed in the 100-112km/h (60-70mph) range. And a removable battery means the pack will be weight-limited. The largest removable batteries in electric motorcycles currently hover around the 3.5kWh mark, so you shouldn’t expect to see a battery larger than that. Assuming a standard-ish 50wh/mi efficiency at 30mph, that would put the range at a maximum of around 70 miles (112 kilometers) at 30mph (51km/h). I’d wager that the battery will be closer to the 2.5-3kWh range, though.

At this point, these are of course all guesses. But we’ll be reporting back as soon as we know more about the Falcon Rising project. Until then, let’s hear what you think about these upcoming new electric motorcycles. Share your thoughts in the comments below!