Electrek caught up with Horwin at the EICMA 2019 Milan Motorcycle Show this year to check out its new line of electric motorcycles. The company debuted the Horwin CR6 and Horwin CR6 Pro, the latter of which features a manual gear box.

Both of Horwin’s new models take on classic motorbike styling, a common theme in electric motorcycle debuts this year. Both fit approximately into the 125cc class of motorbikes and will be classified as L3e in Europe.

Tucked around that 11 kW motor is a 5-speed manual gearbox, something we don’t often see in electric motorcycles. 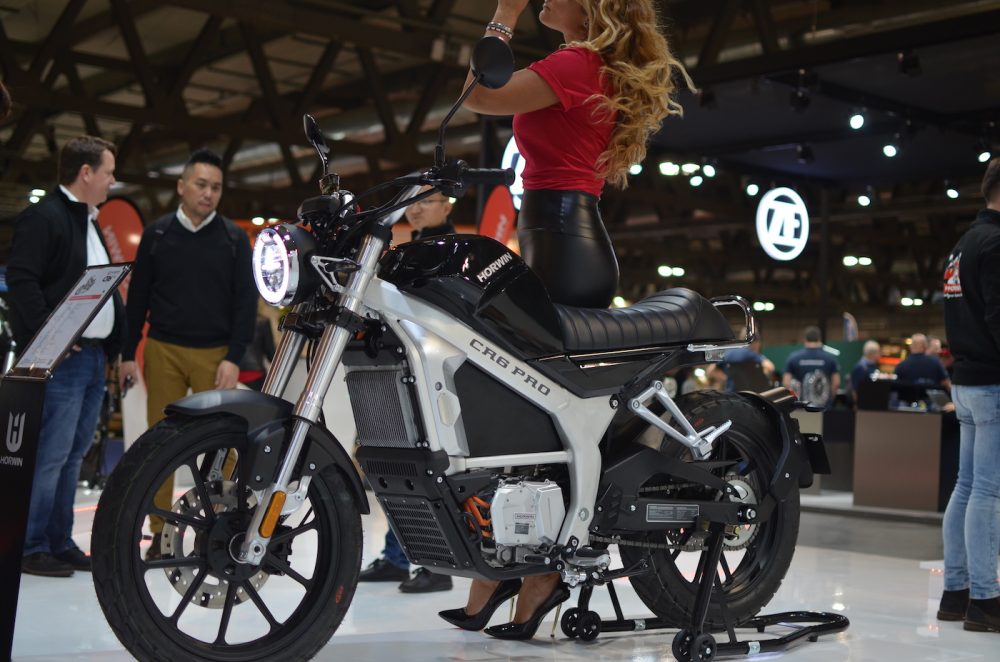 The CR6’s specs are just a bit shy of its CR6 Pro big brother, but it also lacks the 5-speed manual gearbox, shaving off around 6 kg (13 lb) from the bike. Instead, the Horwin CR6 is a single-speed electric motorcycle like most others in the industry. 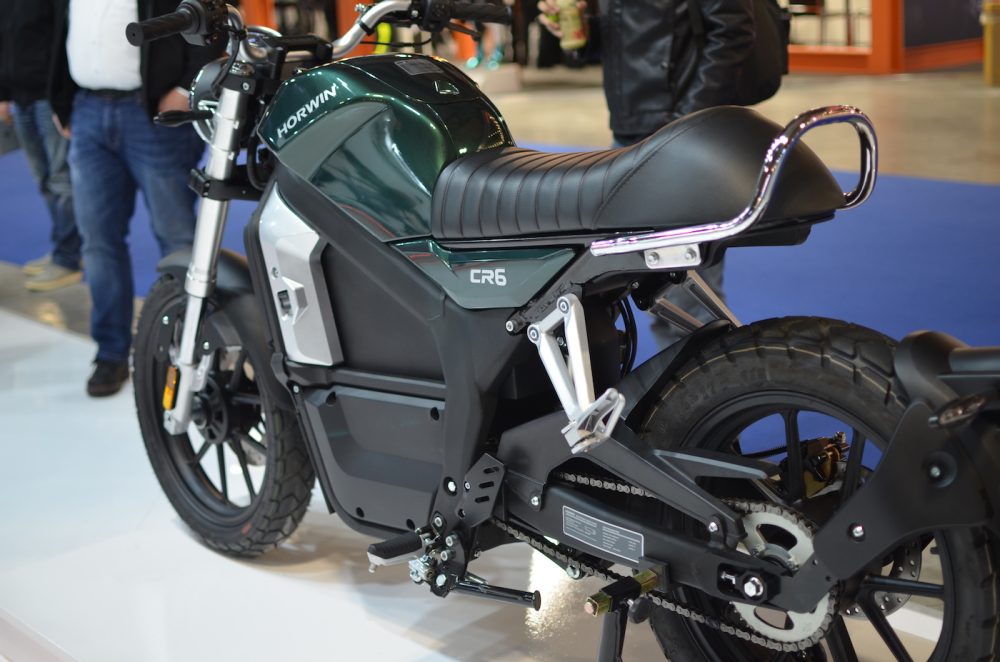 You’ll find the same 4 kWh Panasonic battery pack on both the Horwin CR6 and CR6 Pro. However, the CR6’s lower power rating helps it eke out better range to the tune of 150 km (93 mi).

The only other major difference between the two is that the CR6 Pro includes a digital display, while the CR6 has an analog-style tachometer with inset digital battery meter and speedometer.

The bikes are currently available in Europe, and Horwin is working on expanding its dealer network.

What do you think of Horwin’s CR6 line of electric motorcycles? Let us know in the comments below!