Today at CES, I got to meet up with Douglas Alfaro, the North American head of Wallbox, a Spanish charging technology maker who has a game-changing product for EV owners called the Quasar. Alfaro spent seven years at Tesla leading its Supercharging team across the US, among other roles.

Quasar is a bidirectional DC charger for homes that is expected to retail for around $4,000. That’s a heavy price for a home charger that most EV owners currently pay ~$500 for. Let me tell you why this will seem like a bargain and should be in every EV owner’s home (in one form or another) in a few short years.

Quasar is about the size of current Level 2 charging offerings from leaders like Chargepoint, Juicebox, and others. But that box you see above is infinitely more capable than current level 2 charging boxes (which Wallbox also makes). From the install standpoint, it offers the same 7.4kW (240Vx 32A) of power to your car.

Where it’s different is that it interfaces with the DC charge port of your EV. The one demonstrated below is Chademo and works only with Nissan Leafs and Mitsubishi Outlanders PHEVs currently, but CCS combo versions are being worked on right now. A Tesla version is also being considered, but would require Tesla’s blessing. Frankly, Tesla should be building this themselves.

Part of what Quasar does is take the inverter out of the car and puts it on the wall. That means that a Harley Davidson Livewire, for instance, which charges only at level 1 AC overnight or Level 3 at DC chargers, can fully charge at your home in about an hour.

I imagine many Livewire owners would want this for that capability alone.

But that’s just scratching the surface. The real value for most EV owners will be the ability to use their car as a backup to their home like a Tesla Powerwall. EV owners typically have 50-100 kWh of power sitting in their car that could be used to power their home during an outage. Currently, the only way to take power out of an EV is with an inverter connected to the 12V subsystem.

Quasar’s high voltage bidirectional capability can take power from your car during an outage and send it immediately to your home in the same way a Tesla Powerwall does. Obviously the bigger the EV battery, the more on offer. A 60+ kWh Nissan LEAF could offer the same power as four Tesla Powerwalls. That’s enough power to keep a typical home going for days. Nissan says their cars don’t allow themselves to fully discharge, so there is around 20% that is kept for driving.

A $4,000 product that does that compares very favorably to Tesla’s offering if someone already owns an EV.

In addition, Wallbox is talking to utilities to subsidize their product (in the same way that utilities are subsidizing Tesla Powerwalls) in exchange for some peak power offsetting capability. That means during “Superpeaks,” which typically occur in summer months during heavy air conditioning usage days. The utilities would be able to draw power to the grid from an EV connected to a Quasar. Obviously this would require some consent, so the EV owner isn’t surprised by a depleted car in the evening.

Frankly, it’s about time that a consumer product like this is coming to market. EV owners have these huge batteries sitting in their garages and no way to easily get that power into their homes during emergencies. That’s worth the ~$4,000 alone, and compares favorably to standard battery storage products on the market, including Tesla’s Powerwall.

Adding the ability to send electricity back to the grid or other places during superpeaks makes your EV’s battery all the more valuable. Think of it… instead of being a nuisance to the grid, electric vehicles can actually save the grid during major outages. In the short term, they can also eliminate the need to build and activate highly polluting and expensive peaker plants.

In fact, thinking bigger here, I wonder if products like this, if they become ubiquitous, will eventually take the Inverter out of EVs. Those heavy inverters that you are driving around are much better served sitting on the wall of your garage, as long as you have other DC options around. This is particularly important for light EVs like eMotorcycles and could significantly drop the cost and operating cost of all EVs.

I can’t wait to try one of these, and we’ll do a review as soon as a product is available.

I’m really interested to know what you think in the comments below. 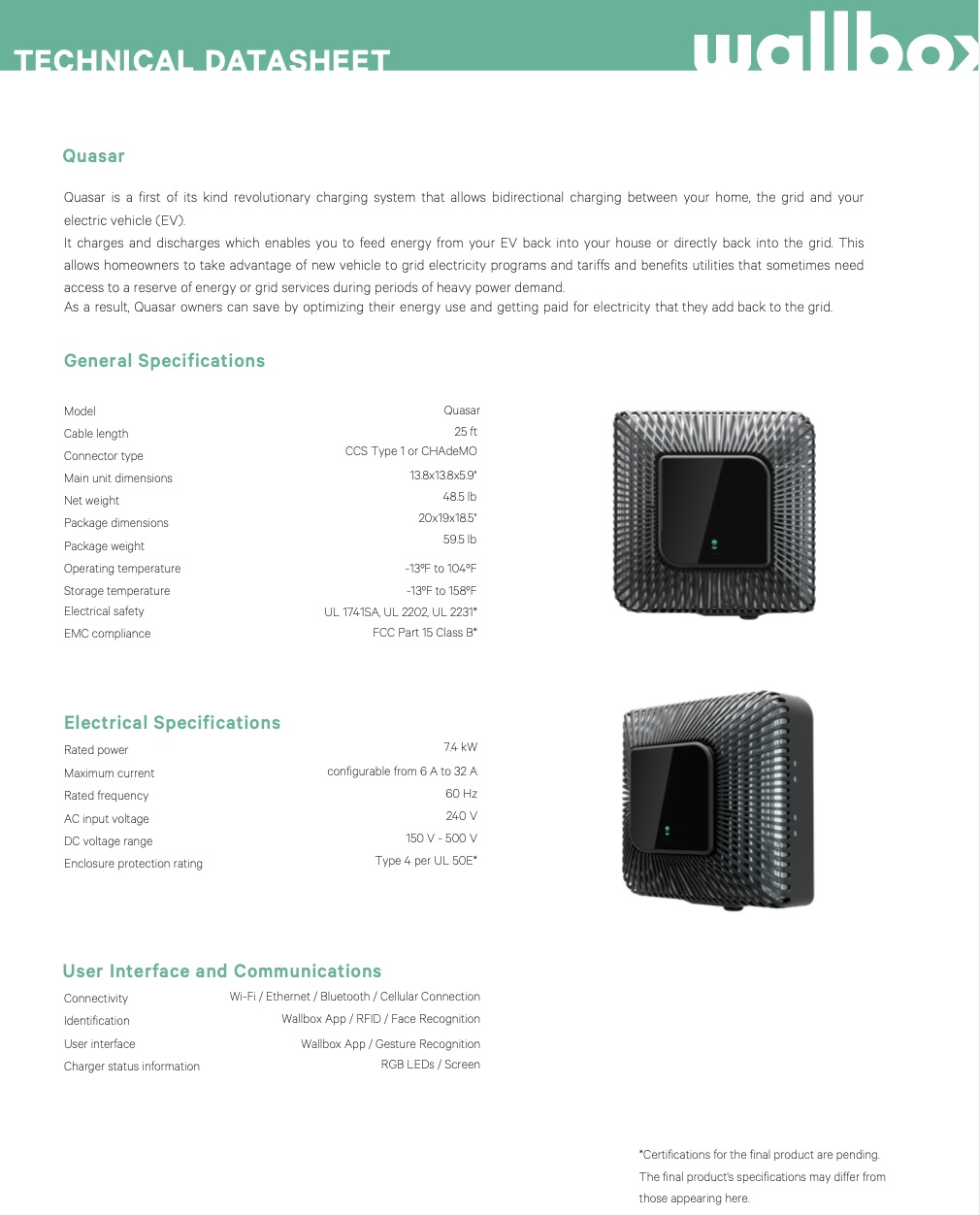