Earlier this week, Tesla held an event for the start of made-in-China Model 3 deliveries to employees.

Over the last few weeks prior to the event, we have observed Tesla steadily producing and shipping made-in-China Model 3 vehicles out of Gigafactory 3 while it was awaiting sale approval for the new vehicle.

Now Tesla told Chinese media outlets that they will hold an event at Gigafactory 3 in Shanghai on January 7 for the first customer deliveries.

Ahead of the event, the company is announcing a significant price reduction on the vehicle via its Chinese social media account Weibo: 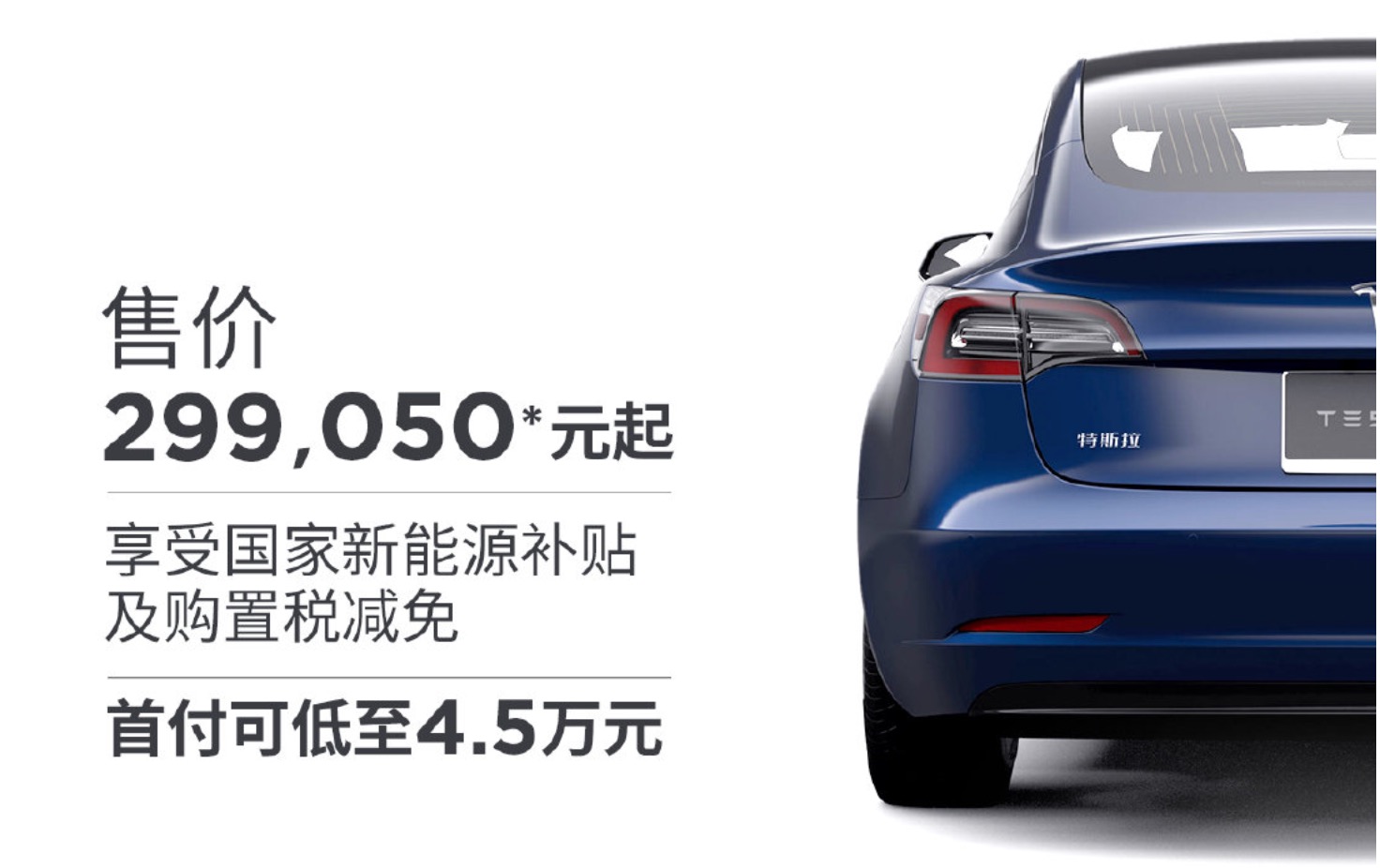 Last year, Tesla announced that the Model 3 Standard Range Plus with Autopilot is the first Model 3 produced in China and starts at ¥355,800 (about $50,000) before incentives.

Now the price is reduced to the equivalent of $46,500, and on top of that, Tesla has now access to more EV incentives since the vehicle is produced locally.

As we previously reported, the made-in-China Model 3 was already competitive in price with other premium mid-sized sedans like the BMW 3 Series, but now this price cut is going to give Tesla an edge.

Deliveries to customers who are not Tesla employees are going to start early next week and should ramp up fast.

The automaker recently confirmed that Gigafactory 3 is already producing more than 1,000 Model 3 per week.

Last month, there were reports that Tesla was looking into reducing the price of the made-in-China Model 3 as they produce more parts locally.

That’s a good price cut, but it’s still about $6,000 more expensive than what Tesla charges in the US before incentives.

I assume this has to do with about 70% of the parts still being made outside of China, according to recent comments from Tesla executives.

The automaker is working on reducing that and producing more parts locally and directly at Gigafactory 3.

Maybe Tesla is also taking a bigger profit margin on the car to take advantage of the early demand for the vehicle. It wouldn’t be the first time that they have done that.