Tesla has updated the Model 3 online configurator in China to start selling the made-in-China Model 3 Standard Range Plus with Autopilot for ~$50,000.

There’s been a lot of talk about when Tesla is actually going to start Model 3 production at Gigafctory 3 in Shanghai.

On Wednesday, the automaker confirmed that trial production of Model 3 in Shanghai has begun, but they still need to meet some more “governmental requirements”:

“We have cleared initial milestones toward our manufacturing license and are working toward finalizing the license and meeting other governmental requirements before we begin ramping production and delivery of vehicles from Shanghai.”

On Friday, Tesla updated its Model 3 online configurator for the Chinese market and it now includes the Model 3 Standard Range Plus with Autopilot as the new base option, like in other markets, however, Tesla specifies that this model is made in China:

The automaker also still notes that availability is subject to regulatory approval and delivery is not expected before the first quarter of 2020.

However, Tesla has been taking reservations with a version of the car without Autopilot over the past 6 months – meaning that it likely has a backlog to work through between now and next year.

Tesla has been promoting the vehicle today on its Chinese social media accounts (via Weibo): 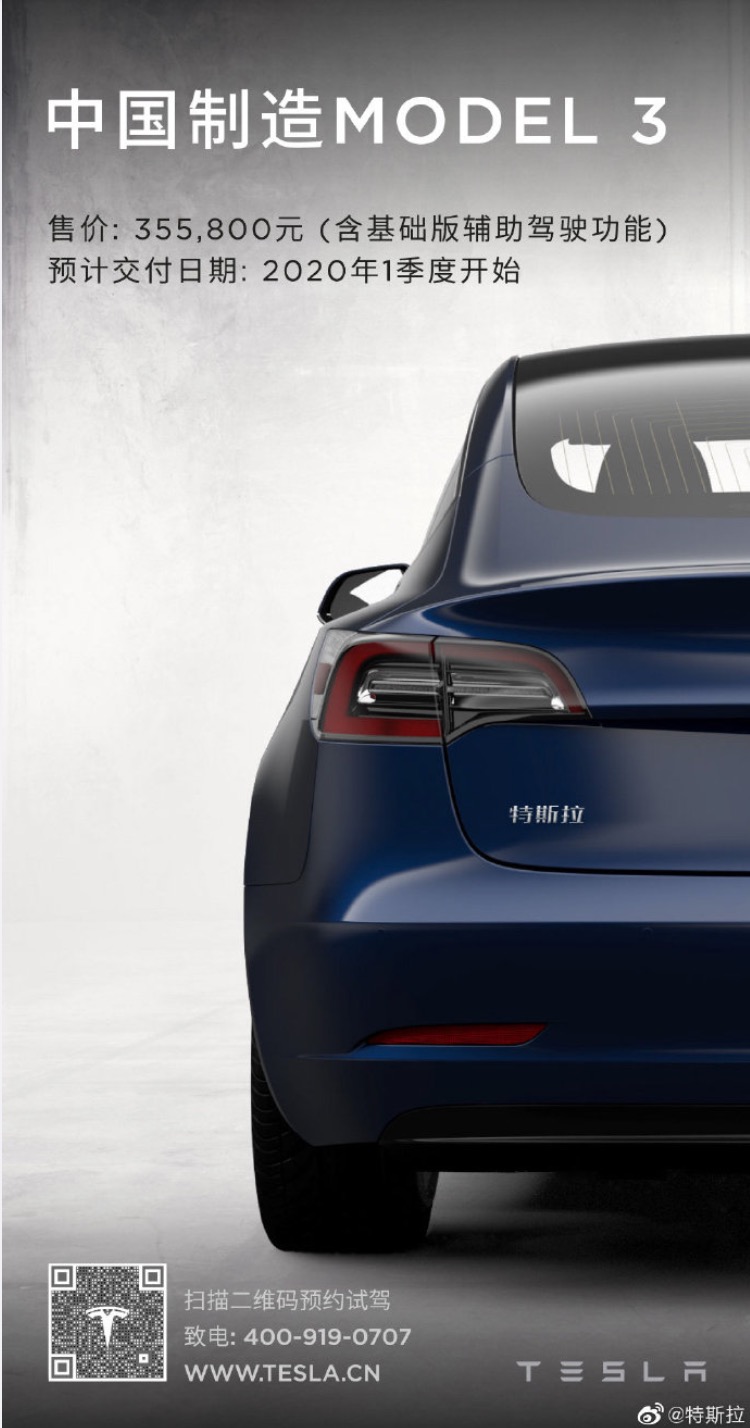 That’s only about 3% less expensive than what buyers were paying for the Model 3 imported to the US, but they could get access to different incentives.

Now Tesla offers the same lineup of Model 3 in China as it does in other markets with the only difference being that the base version is made at Gigafactory 3 and the more expensive all-wheel-drive versions of the car are still made in the US.

Yes, it is not a big difference in price with the imported version, but that’s not what matters.

What matters is that it is about the same price as a BMW 3 Series in China before gas savings and EV incentives.

With advantages like easier access to license plates, the made-in-China Model 3 could make a good dent in the premium sedan segment and accelerate the adoption of electric vehicles in what is already the biggest market for EVs.

We will keep a close eye over the next few weeks on how well the ‘made-in-China’ Model 3 is received in the country.