Gogoro is one of the global leaders in electric scooter innovation, despite not expanding outside of its native Taiwan. But as slick as its 90 km/h (55 mph) seated electric scooters are, the Gogoro battery swap stations are perhaps one of Gogoro’s most important innovations.

Gogoro’s scooters are powered by either one or two of its iconic removable batteries.

Those batteries aren’t just removable for charging indoors. They are also designed to integrate into the Gogoro Network, a collection of over 1,000 battery swap stations spread around Taiwan. In fact, Gogoro recently opened new, larger battery swap stations with up to 50% more capacity to meet the surging demand.

Riders can pull into a swap station that looks like a battery vending machine to deposit a nearly empty battery or two and grab freshly charged batteries to replace them.

Subscription services offer riders different plans where they can pay by the amount of energy used.

And so when the company announced last month that it would begin expanding retail sales of its scooters globally, we wanted to find out whether the innovative battery swap stations would be coming with them.

Electrek was on site at the press conference for the first international importer of the Gogoro electric scooters, Metro Motor in Tel Aviv. There we caught up with Metro Motor’s CEO Tomer Komerov and Chairman Gadi Aviram, where they described how they planned to integrate Gogoro’s battery swap stations into Tel Aviv.

Like everyone, we believe the future is electric. And that’s why we are incredibly excited to be the first importer in the world to bring Gogoro’s electric scooters to the retail market. For charging, Gogoro’s electric scooters will be able to charge at owner’s homes and apartments, but we’ll also have battery swap stations set up at Metro branches and are working with other businesses to set up battery swap stations there, such as Superpharm [a pharmacy similar to CVS or Walgreens) and corner stores to offer 24/7 battery swap service.

The first Gogoro electric scooters aren’t expected to begin global sales until April of this year, and so some details are still being worked out.

We’re still finalizing some details, including the battery swap stations. I’m on a flight tomorrow to Taiwan, for example, so we can continue planning the Gogoro rollout here.

When I first received word of Gogoro’s international expansion, I was excited to see that Taiwan’s favorite electric scooters were finally going to benefit cities globally. But I assumed the complications of the vast Gogoro Network battery swap stations wouldn’t follow, at least not initially. It’s relatively easy to import containers of electric scooters, but much harder to implement the infrastructure required for a battery swap network.

But to hear that Gogoro’s battery swap network will be joining its scooters in Tel Aviv, the first international market for Gogoro’s global expansion plans is great news.

Hearing Metro’s excitement about opening an electric division to bring in the Gogoro scooters was also inspiring. The importer controls over 50% of the domestic market and has historically only dealt with gas scooters and motorcycles, but appears to be incredibly optimistic about expanding into electric vehicles with Gogoro. Of course they’ll have to compete with other local companies like Blitz Motors and E-Moto that offer high-speed electric maxi-scooters and electric motorcycles as well. But the more the merrier when it comes to electric two-wheelers, especially in these early days of market expansion.

What do you think of Gogoro’s battery swap stations expanding globally? Can you see yourself riding into one to swap out a scooter battery on the fly? Let us know in the comments below! 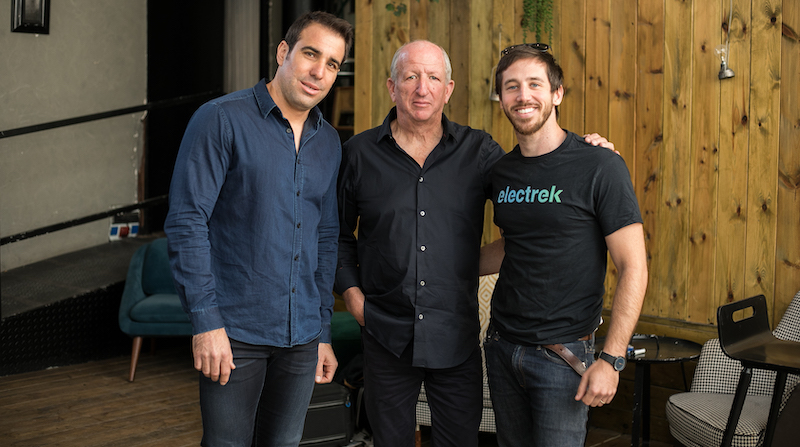