The first Ikea store in India is now open, and the store plans to use electric rickshaws to make a portion of their deliveries.

The electric rickshaws are meant to comprise at least 20% of the new Ikea store’s delivery fleet, and will be helpful for navigating India’s notoriously dense traffic and for deliveries in areas with tight winding streets.

The electric rickshaws will be reportedly supplied by GATI-KWE express distribution services, which already operates a number of electric delivery vehicles.

“In our first year in India, around 20% of our customer delivery fleet will comprise electric vehicles. This number is planned to increase to 40% in the second year and 60% in the third year [of operations].”

Electric motorcycles and rickshaws are growing increasingly popular in India, with a number of companies offering various designs for the local market. 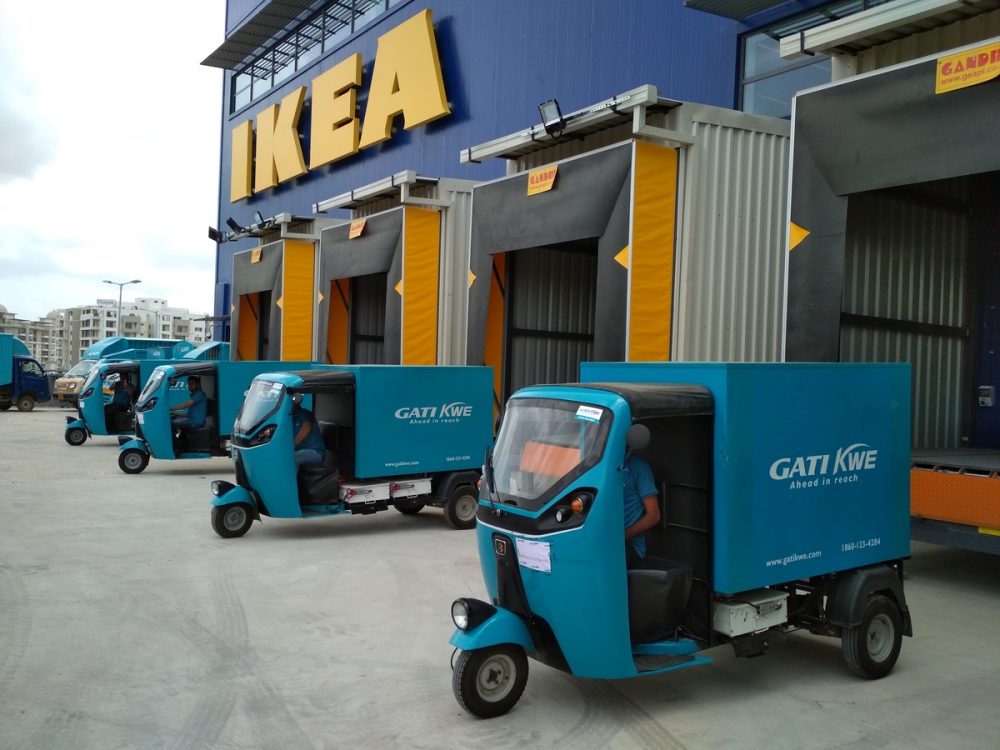 Ikea’s electric delivery vehicles will be charged at their store, which will also house 4,000 solar panels on its roof. The electricity will be used to provide electricity for lighting and other uses inside the store.

Ikea has been making inroads towards more sustainable and greener energy practices around the world. Around 90% of their stores globally derive at least some of their power from solar panels.

In addition, Ikea has been hard at work installing solar powered charging stations for electric vehicles in their parking lots, with the goal of eventually providing EV charging for all customers and employees.