Make a DIY electric surfboard with this new conversion kit 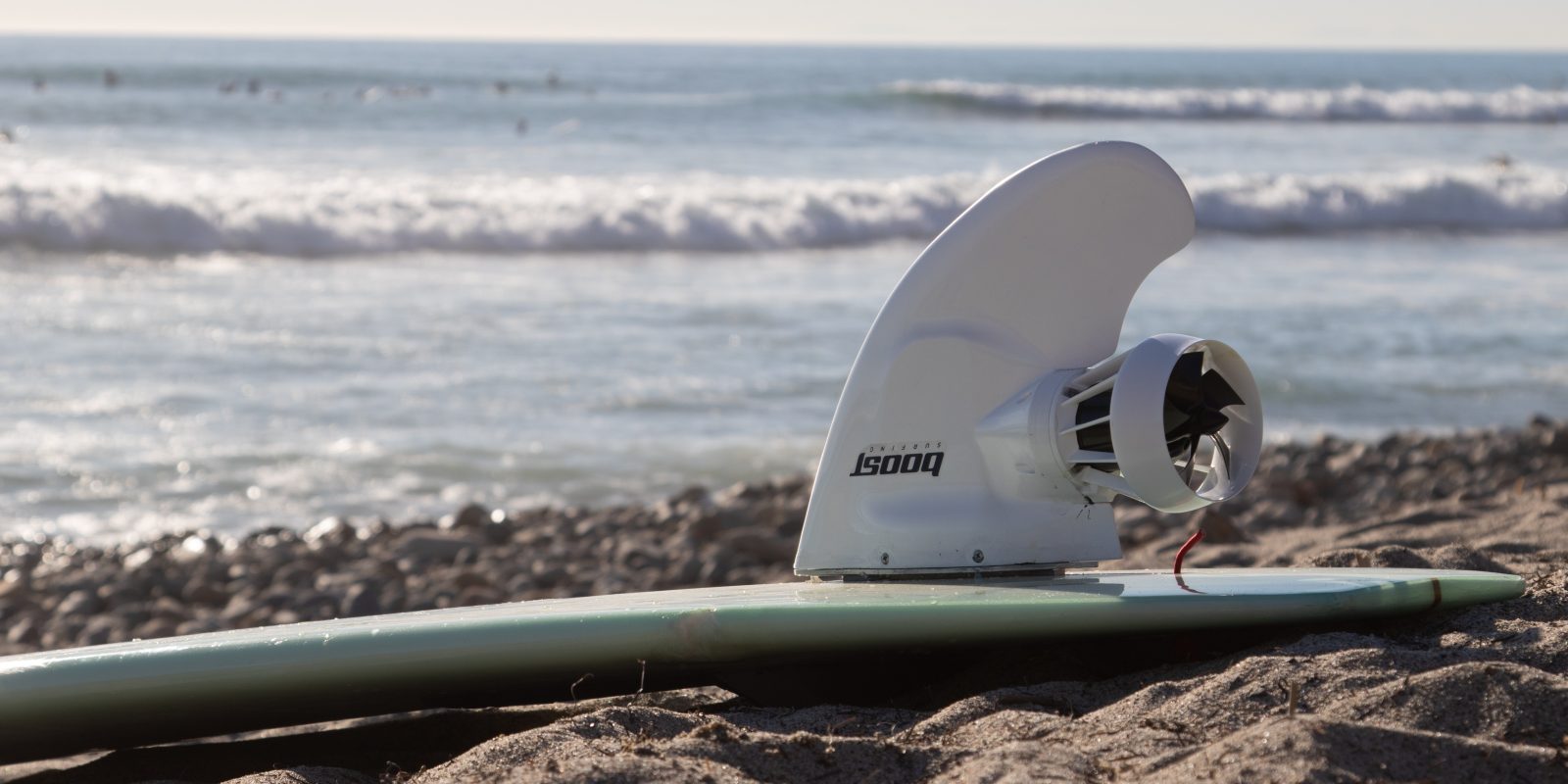 A pair of entrepreneurs have developed a new conversion kit known as the Boost Surfing Fin that promises to help surfers spend less time paddling and more time surfing.

Dmitri Kozhevnikov and Alexei Ostanin’s Boost Surfing Fin is designed to be retrofitted to most surfboards.

It replaces the existing fin and adds a motor, propeller, and battery to the board.

The result is that surfers can use the electric power to propel their boards out into the surf, avoiding the lengthy and tiring paddling step. It’s being targeted more at beginner surfers that are still learning the sport, as it can help those surfers spend more time practicing the actual surfing technique without getting so tired from constant paddling.

In essence, the idea is similar to the electrification of other sports, such as e-biking. The miniaturization and ruggedization of electric motors and batteries has allowed them to be incorporated into a variety of outdoor activities like these, reducing the barrier of entry for those without the physical endurance needed for longer activity sessions.

Keep in mind, though, that the Boost Surfing Fin isn’t as powerful as some other electric surfboards that can propel themselves to much higher speeds. Instead, the Boost Surfing Fin has a top speed of 17.7 km/h (11 mph) and is designed to provide an extra boost with 20 pounds of thrust to help surfers during the paddling stage. To use the e-bike analogy again, this is closer to a pedal assist electric bike than a fully fledged electric motorbike.

The fin comes with either a 90 Wh or 200 Wh battery depending on the model and has a peak power level of up to 800 W of burst power.

And while it doesn’t have the power of other electric surfboards, it’s certainly a lot more affordable. The kit is being crowdfunded with pre-orders starting at just $149. And because it is a conversion kit, surfers can add the Boost Surfing Fin to their existing board instead of having to buy an entirely new electric surfboard.

I haven’t personally tested out the Boost Surfing Fin, and of course there’s a certain level of “buyer beware” here, just like in all crowdfunding campaigns, but I have to admit that the concept is pretty cool.

I’ve surfed a self-propelled electric hydrofoil board before, and the opportunity was incredible (see the video below). Getting to experience the joy of water sports with the quiet assistance of an electric motor is a thrill that is hard to describe. Fortunately in this case, the low early-bird pricing of the Boost Surfing Fin means that more people will have the chance to experience it themselves — assuming it makes it to production.