Elon Musk talks Tesla Cybertruck specs — will it fit in your garage? 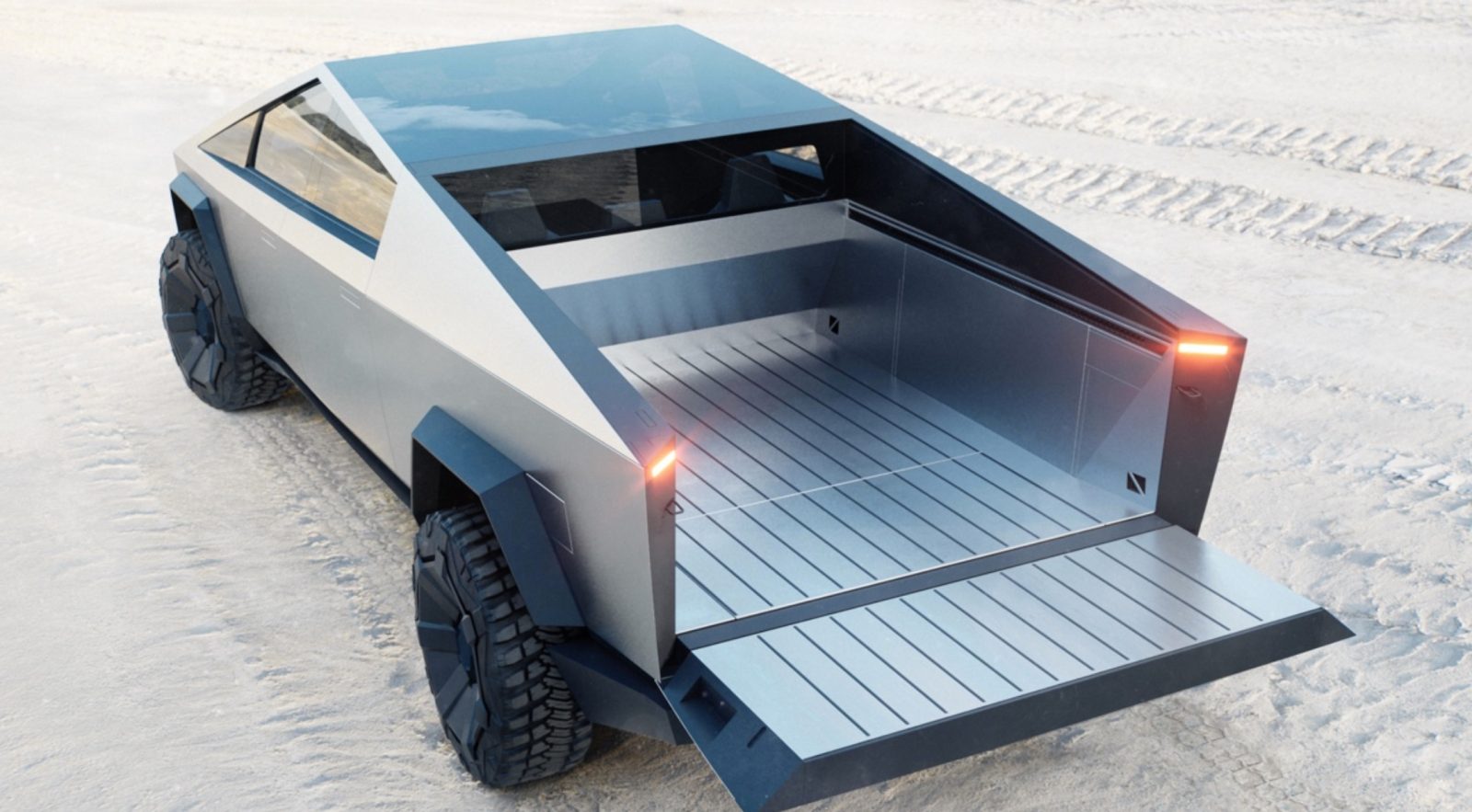 Tesla’s Cybertruck has been getting a lot of press and a lot of pre-orders — over a quarter million as of the last update.  But until now, nobody quite knew if the monolithic piece of machinery would fit in their garage.

Today, Tesla CEO Elon Musk went to Twitter to give us a little insight on the actual size of the thing, which should help fans figure out where they’re going to keep it.

What we know so far is that the truck is about 75 inches tall.  On stage, the truck was about as tall as Musk himself.  Musk stands 6-foot-2.

Now we’re learning that the Tesla Cybertruck could go lower than 75 inches tall — at least with the lowest ride height selected from the truck’s air suspension. Also, Musk stated that perhaps the truck could be made a little smaller as the design becomes finalized:

We can prob reduce width by an inch & maybe reduce length by 6+ inches without losing on utility or esthetics. Min height is below 75 inches when air suspension set to low. Will post exact number soon.

So if your Ford can fit in your garage, your Tesla probably can, as long as you keep the Tesla on a low ride height. Current Teslas can automatically configure ride height based on GPS location, so you should be able to have your truck automatically duck down to its lowest height before you pull into your garage.

When we rode in the Cybertruck at the reveal event, we found the interior quite comfortable — even cavernous. This redesign could come from more efficient use of interior space. Perhaps the passenger cabin could be a little smaller and still have plenty of room, but shorten the overall length of the truck. But that’s just speculation for now.

Musk did respond to a concern about lost utility from a possible redesign by stating that these external size reductions could happen without losing either cabin room or cargo capacity, saying, “There will be no loss of either.”

Of course, there’s the question of whether you’d even want to garage it. The Cybertruck’s rugged design and look seem like they don’t match well with a “garage queen” mentality, so why not park it outdoors?  But you’d still need to fit in parking garages, and that’s what Tesla is thinking of when it wants to reduce size:

True, more for parking at destination. Really needs to fit in same external envelope as a full-size SUV, but with better height control with air suspension, so it can fit in low clearance parking garages.

Musk also talked width, stating that there could be a smaller version of the Cybertruck, which is around 73 inches wide:

That will require a full redesign, but probably ~73 inches or ~185 cm width

This is considerably narrower than the F-150 and 250, which are each about 80 inches wide excluding mirrors. Cybertruck currently doesn’t have mirrors, but we expect the production version will — but either way, they wouldn’t be counted in these width numbers.

These numbers are not finalized, and Musk said that he would update us “soon” with the final numbers.  But if a redesign is necessary, as it would be for a smaller version, that might take a while.

Finally, Musk thanked the Tesla community for contributing ideas for the Cybertruck:

This may sound crazy, but asking real people what they’d like in a product is a great way to meet their needs

Huge thanks to everyone who contributed ideas to Cybertruck. It’s better because of you! ♥️♥️♥️

At press time, we were still looking for the tweet that says, “Hey Elon, why not make it a triangle?”