Mercedes-Benz is launching its new EQC electric SUV and they invited us to Norway to test drive it for the first time.

Here are my impressions of the German automaker’s first next-gen electric vehicle.

It’s not a converted gasoline car to make a compliance vehicle. It’s a real effort from Mercedes to build an electric car from the ground up.

Though to be fair, it’s built on the same production line has the GLC SUV and it shares some of its parts.

They developed a skateboard-like platform with the battery in the middle and dual motor, one on each axle, which has become the standard in the industry.

The battery pack is where things get interesting. Mercedes-Benz is listing it as having a capacity of 80 kWh, but that’s the usable energy capacity.

Most automakers are listing the energy capacity of the battery pack as the full potential capacity, but not Mercedes-Benz.

They didn’t even want to give us the full energy capacity.

The e-tron is a slightly larger vehicle, which could explain them having the same range with slightly different usable energy capacity. 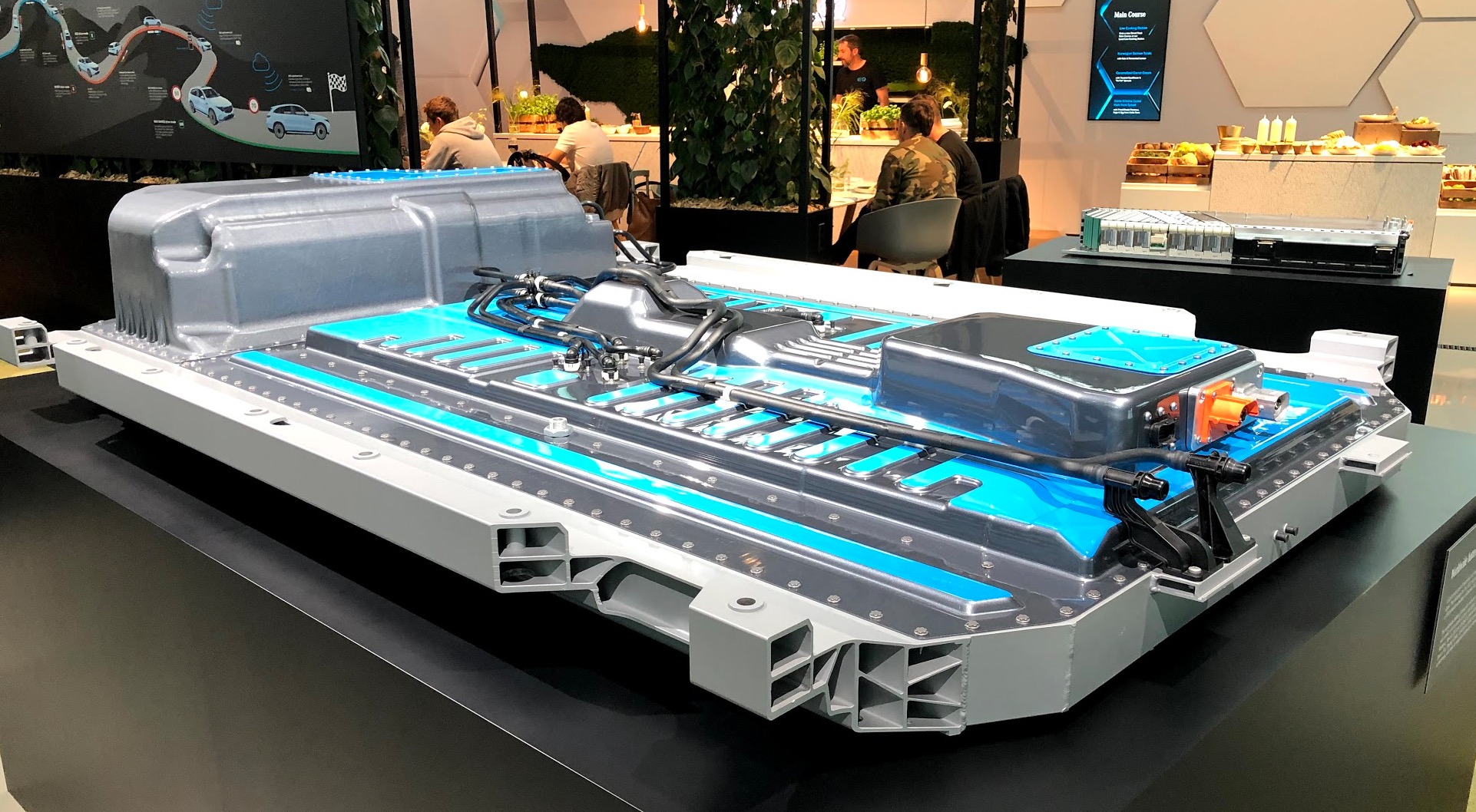 However, in my own experience with the EQC, it’s getting closer to 200 miles on a single charge.

According to the spec sheet, the EQC is equipped with a water-cooled onboard charger with a capacity of 7.4 kW and has a maximum capacity of “up to 110 kW at an appropriate charging station.“

I tested out the fast-charging capacity at a 150+ kW Ionity charging station during our trip in Norway. 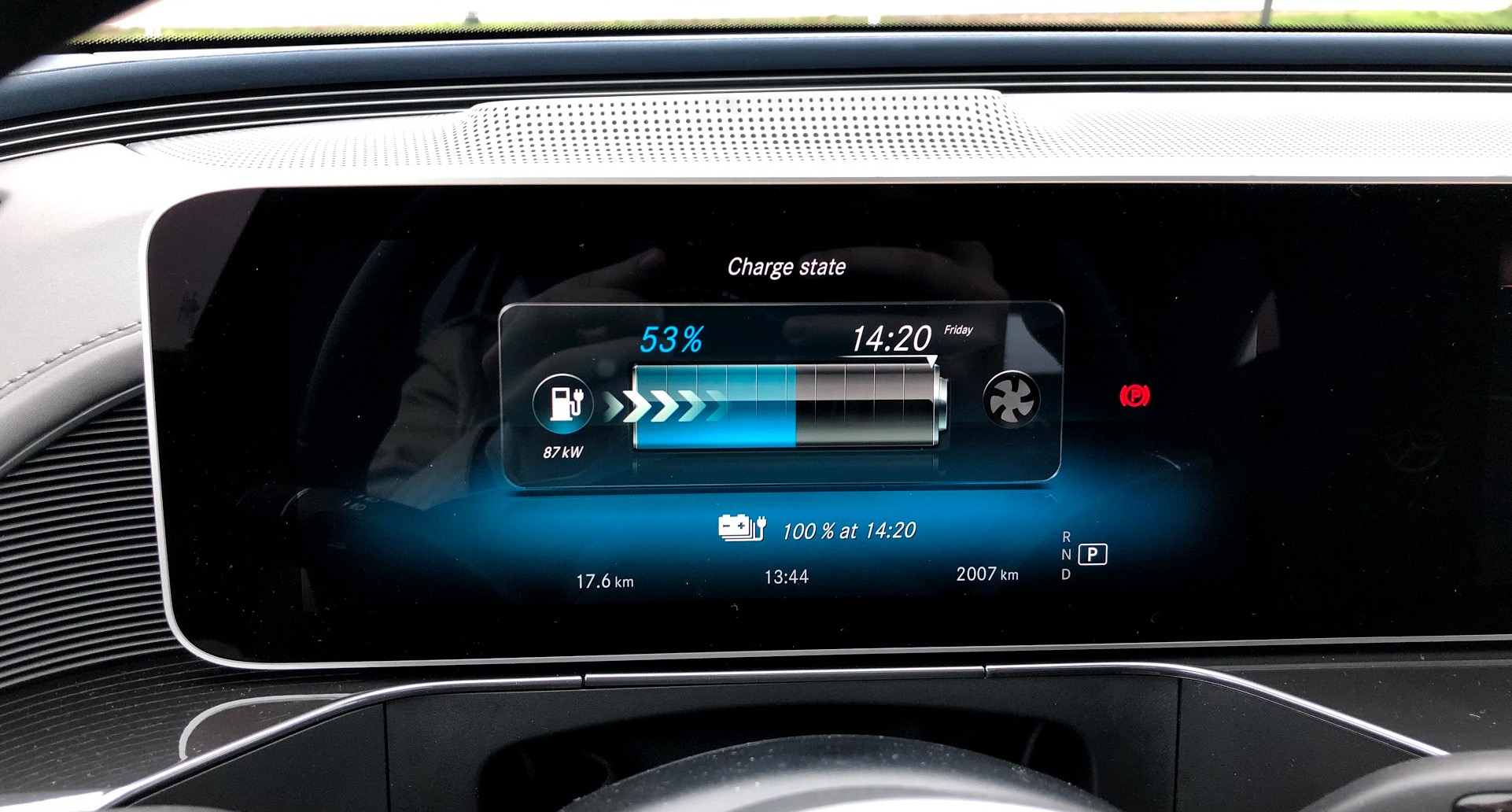 I couldn’t get more than 87 kW out of the vehicle, but I still arrived at the station with about 40% state-of-charge.

Presumably, it could achieve a 110 kW charge rate if you start charging from a lower state-of-charge.

As for the design, the form factor is very similar to the GLC. You can tell that it’s a Mercedes-Benz SUV at first glance. 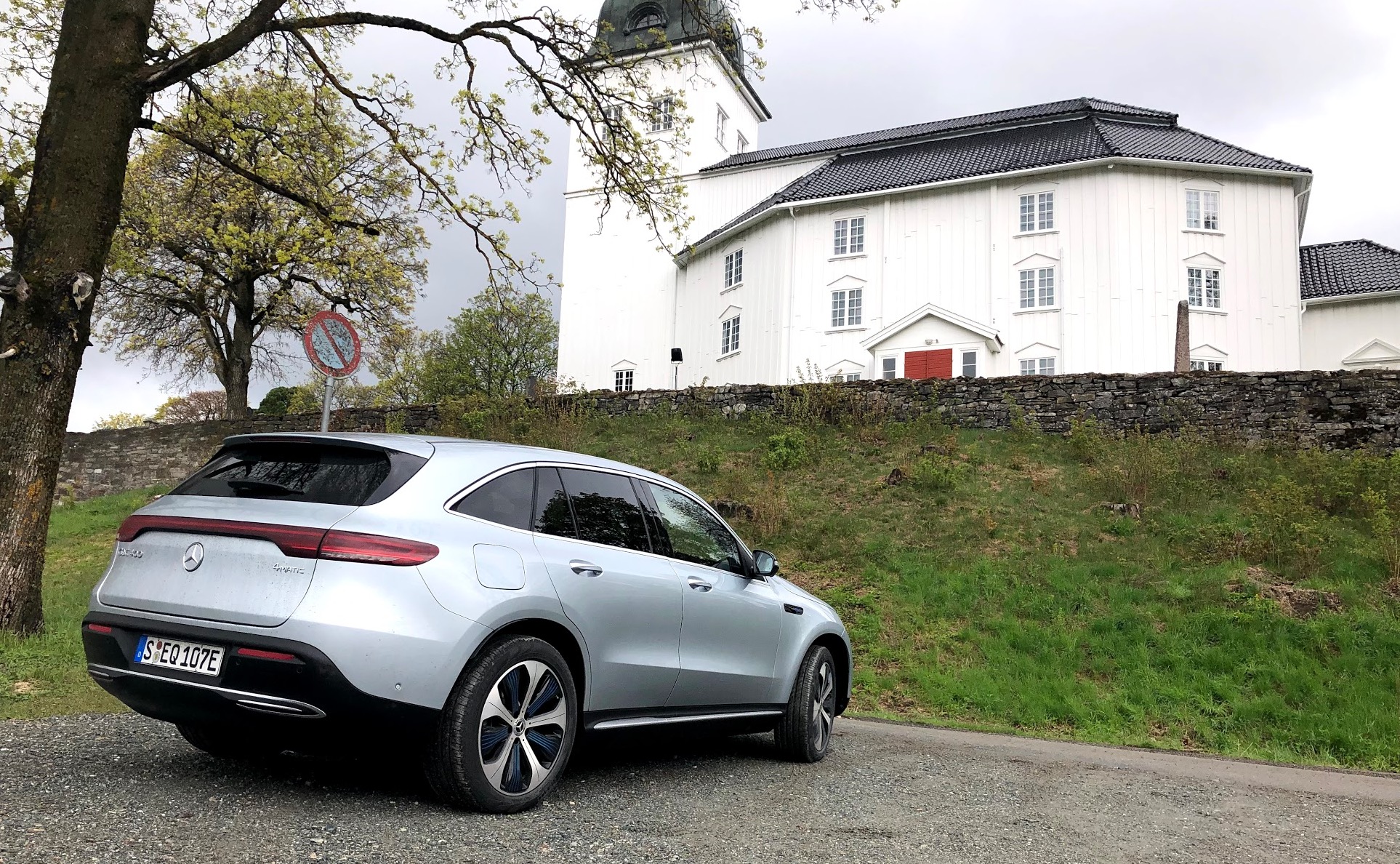 It’s with the front fascia and the wheels that Mercedes-Benz was able to be a little more creative and release design features specific to the tact that the vehicle is electric.

They have designed several different fascias with different faux grilles that customers can choose from:

Even electric vehicles don’t require as much air intake in the front for cooling purposes, most automakers aside from Tesla have found it hard to move away from the tradtional grille design.

In the case of the EQC, it actually does have some small air intakes in the grille that are activated only when needed. Most of what we see is a fake grille.

As far as fake grilles go, I think they have some cool designs here. I especially like the first one (107).

Mercedes-Benz also designed some new wheels for the EQC:

They are also mostly covered in order to optimize aerodynamic performance and help increase efficiency.

Mercedes-Benz owners would find a familiar environment when getting inside the EQC.

The user experience is extremely similar to any modern Mercedes-Benz and you find the same premium interior that the German automaker is known for.

For most people, the first new experience will happen when pressing the start button and the only feedback you get is from the displays. No roar of an engine.

This silence is extended through the entire driving experience. The Mercedes-Benz EQC s extremely quiet even by electric vehicle standard.

The automaker decoupled the front motor twice from the platform to limit its noise and vibration. As forthe back motor, it’s much further away from the driver, but they also put a cover on it.

When combined with a well-isolated cabin and the build quality that Mercedes-Benz is known for, it resulted in an exceptionally quiet driving experience. 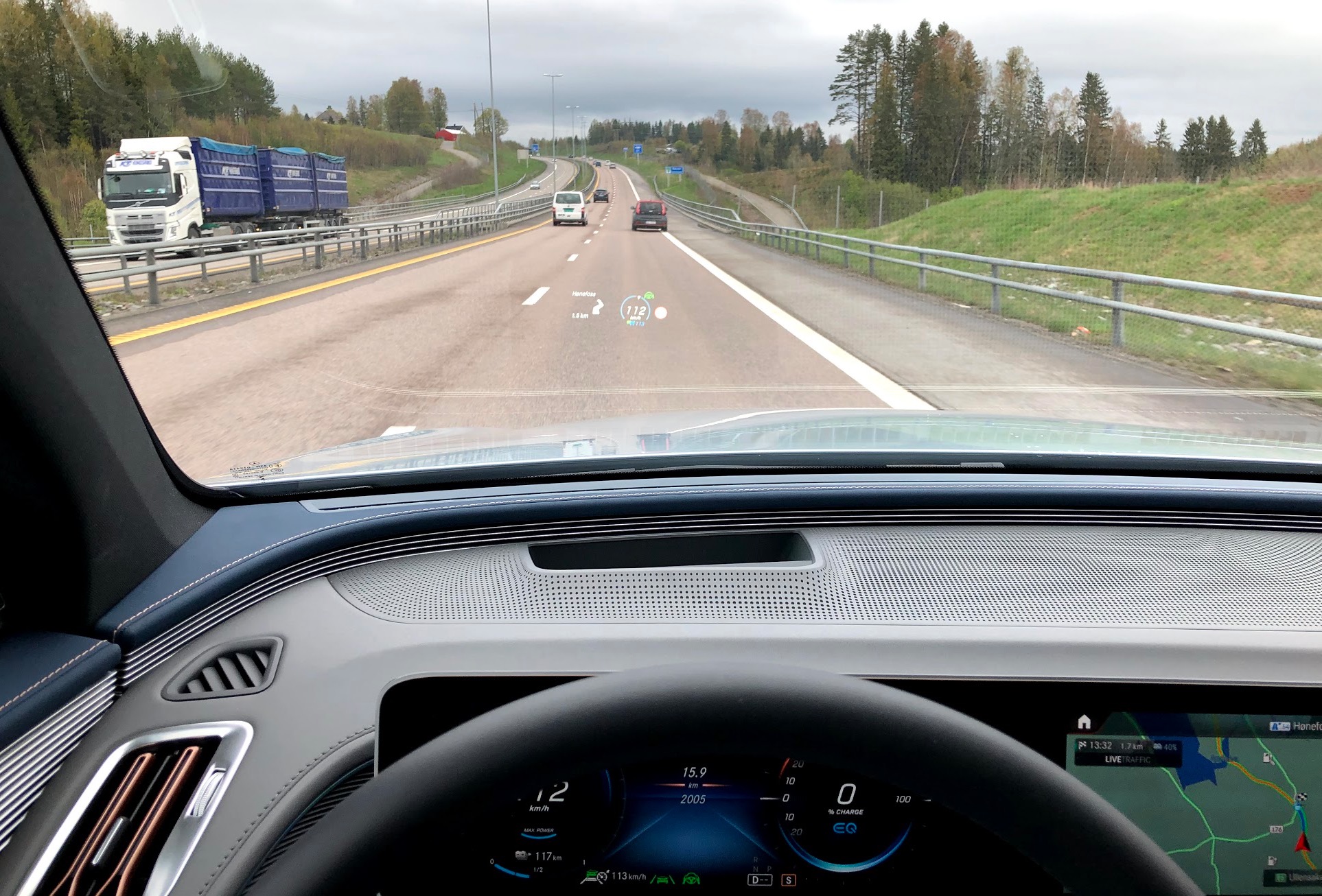 The heads-up display is going to be one of the first things drivers are going to notice.

As far as HUDs go, it’s one of the best ones I have used. The darker projection around the information is not too distracting.

The speedometer and the speed limit warnings are quite useful because the EQC is extremely smooth and you don’t always feel how fast you are going.

As for the regenerative braking, there are so many different modes, which can be selected through paddles on the steering wheel, that there’s almost something for everyone.

Mercedes-Benz calls the highest level “one-pedal driving”, but that’s not exactly true. There’s no option to remove creep and while you can almost come to a stop on ‘D – -‘, you need to press the brake for the complete stop.

The automaker also offers a lot of different driving modes

I didn’t have enough time with the car to set an individual driving program, but I think that could be interesting.

My time on Sport mode was fun with a very dynamic pedal response. Comfort, which is the default setting, is perfect for driving in traffic or on the highway.

Max Range creates a hard pressure point in the accelerator that limits the top speed to the speed limit unless you override it through a very hard press.

It was frustrating to use and I couldn’t handle it for more than 10 minutes. I think it should only be used as a last resort if you think you are going to be short on range.

After my short time with the EQC, I mostly came out impressed by Mercedes-Benz’s first real entry in the all-electric vehicle space.

It’s going to have some decent competition in the space with a few other premium all-electric SUVs coming to market around the same time.

The EQC is a little smaller with less cargo space than the competition, like the Audi e-tron.

I think it will have a tough time competing, but for Mercedes-Benz fans who are looking to go electric, it will be the smoothest transition for them.

The electric SUV is not extremely efficient and with a limited 80 kWh usable battery capacity, its range might be short for some people even though 200+ miles of range is more than enough for the vast majority of car buyers.

I suppose a lot will depend on the price, which hasn’t been announced yet.

If Mercedes-Benz can keep it under $70,000 before incentives, it could still be an interesting option, but I would need to spend more time with the car.

The Mercedes-Benz EQC is coming to Europe starting next month and it should arrive in the US early next year.