Electric scooter-sharing provider OjO has just scooped up fellow-sharing service Gotcha. And in doing so, OjO took over all of Gotcha’s awesome and weird little EVs as well.

And I call these things “weird” in the most loving of ways.

Gotcha’s most visually striking scooter is its three-wheeled leaning trike. The cute little three-wheelers are based on the Dohan trikes and give riders the ability to keep their feet on the floorboards even at rest.

The tricycle design gives some riders more confidence than traditional two-wheeled scooters, and also looks quite fun as well.

Gotcha already had contracts with 35 universities and 42 cities. When combined with OjO’s existing operations, that should put the new OjO on path to become the third largest electric scooter sharing provider after Bird and Lime. 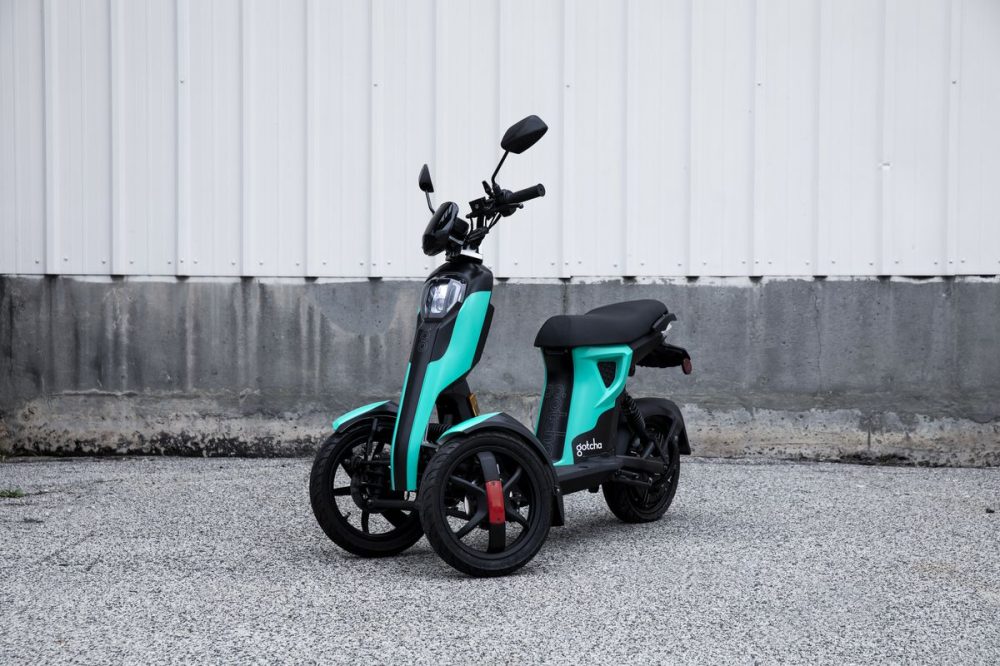 As explained by OjO CEO Max Smith in a statement sent to Electrek:

“We’re excited to share the news of our acquisition of Gotcha. We did extensive homework to find the right partner to expand our presence while joining our mission to change rideshare for good. The exclusive nature of Gotcha’s expansive portfolio of long-term contracts is particularly attractive. The markets where we have experienced the best unit economics are those that have taken the approach of limiting permits to a handful of operators, as compared to those where scooter deployments have been more of a free-for-all. Gotcha’s strong corporate culture and experienced team make the company a perfect match for OjO.”

The company’s main electric scooter is a seated design that I can describe only as “swoopy”.

The OjO scooters can hit higher speeds than Bird and Lime scooters, topping out at 20 mph (32 km/h). They include both front and rear suspension, a lower center of gravity and a steeper rake angle, meaning they are much more stable than conventional kick scooters as well.

Seated scooters in general seem to be growing in popularity. Other companies are raising huge sums of VC cash for seated scooters in the hopes that the form factor will find favor with commuters over the traditional Bird and Lime-style scooters.

In fact, even Bird is competing with its own standing electric scooters, having recently introduced a seated scooter with a moped-style design.

Ah yes, it’s all going according to plan. Just as I predicted last year, the scooter companies are either shutting down or gobbling each other up. Bird bought Scoot. Skip is sadly laying off employees. And now OjO has bought Gotcha.

It’s all coming together.

In the end, we’ll either have a few surviving scooter companies or they’ll all fail to find a path to profitability. Or everyone will have just bought their own scooter by then.

Only time will tell.

But until then, those three-wheelers sure do look like fun! Weee!