Every now and again my news feed pushes something weird my way, and I’m always glad when it does. Today’s weird bit of news is a cool new product from a company called Motosola. They have developed a solar charging sun canopy for electric scooters that looks like it can actually put a significant amount of charge back into a vehicle.

Instead of just using a canopy to shade riders from the beating sun, the new solar charging canopy turns that sun into something useful. By swapping the canopy for a solar panel and adding a charge controller, the setup does double duty as a shade canopy and a solar charger. 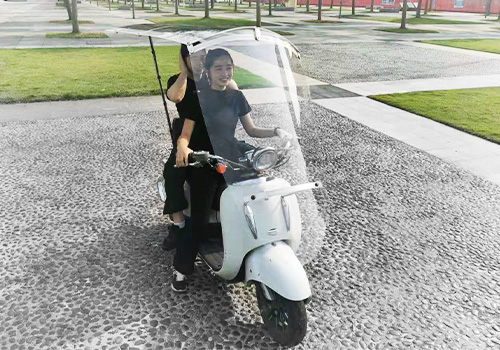 Motosola’s charging canopies are designed to be universal and thus can be attached to many different types of electric scooters.

The company also offers OEMs to work with them from the design stage to build custom solar charging canopies for various electric scooters. 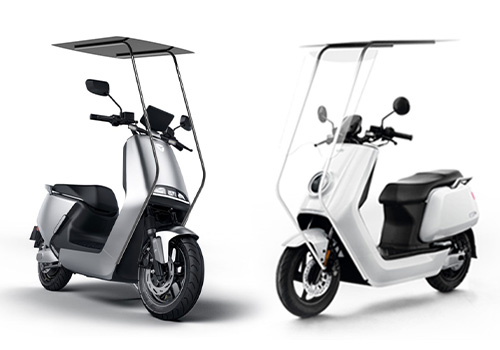 The models currently offered by Motosola appear to come in 100 W and 150 W solar panel options.

Motosola claims that the canopies can put as much as 1.5 kWh of charge back into a scooter per day. That’s a bit optimistic by my calculations, but I can imagine a 150 W panel putting a realistic 1 kWh of energy into a scooter under ideal conditions. With many electric scooters offering batteries in the 1.5 kWh range, that means a scooter parked outside could get nearly a full charge every day. And since most riders don’t fully deplete their batteries each day, one could presumably get away with nearly 100% of the scooter’s energy coming from the sun. 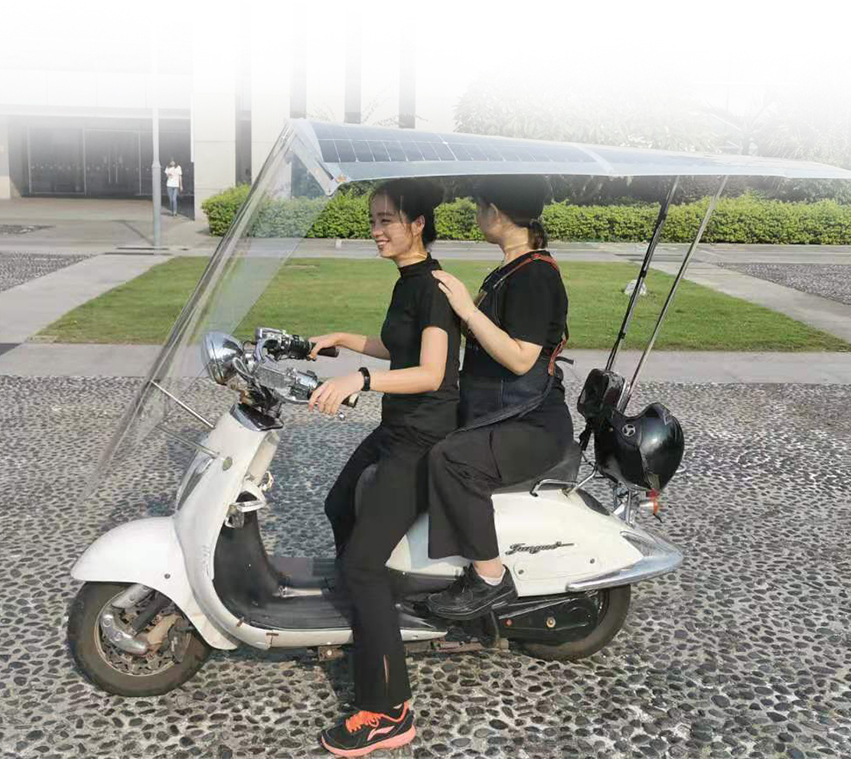 I don’t see any prices on Motosola’s site, so you may have to inquire for yourself if you want to put your money where the sun is.

Obviously the solution isn’t perfect and doesn’t take into consideration improvements such as sun tracking or account for scooters that are parked under roofs. But it still seems like a cool product for those already in the market for a scooter canopy and that park outside much of the time. If you’re putting a canopy anyways, why not make it work for you?

Motosola doesn’t seem to offer an electric bicycle version of the solar charging canopy, but I’d love to see them make one. With most e-bikes sporting 500-600 Wh batteries, a 100 W panel could definitely cover most of my charging needs.

The sun shade part of the canopy might be questionable depending on the angle of the sun, but the solar benefits would surely offset the air resistance penalty of a solar panel above your head.

This whole things looks a bit experimental still, and I know a thing or two about solar charging experiments. I wrote a whole book about them, including building solar chargers for electric bicycles and scooters.

In fact, here’s a video of an e-bike solar charger I made last year using a simple solar panel from Amazon. Perhaps I should have mounted it above my e-bike like Motosola’s charger. Though if you jump to 3:15 in the video, you’ll see I tried to do something similar with my electric skateboard!

Motosola’s solution is definitely something I’d love to test out on my own e-bike or scooter, looks be darned!

What do you think of a solar charging canopy like this? Let us know in the comments below!