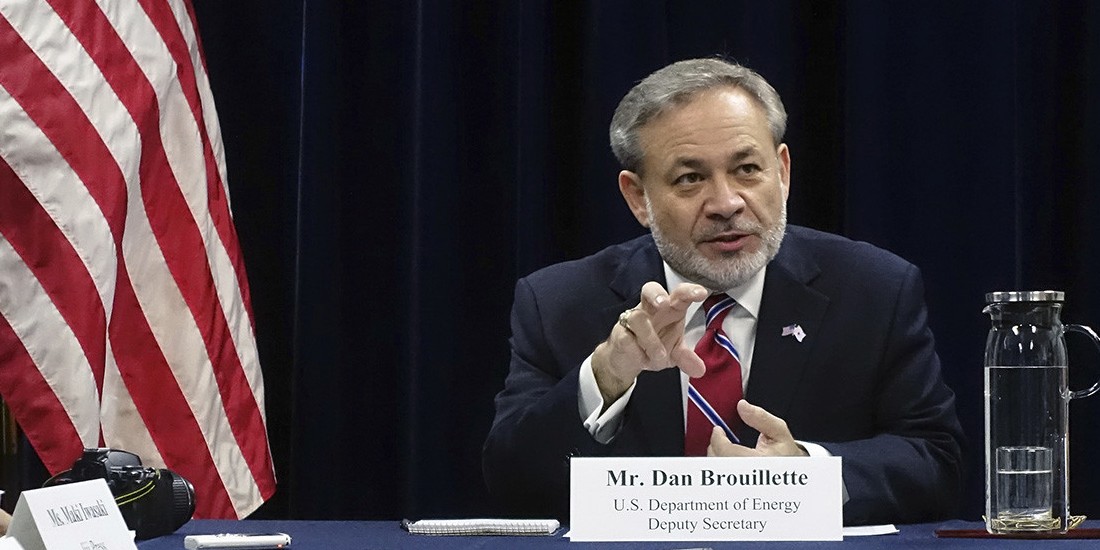 US Deputy Energy Secretary Dan Brouillette had his first Senate hearing for the post of secretary of energy yesterday. He was tapped by Donald Trump to replace Rick Perry. Brouillette previously worked for Ford as a VP of their policy team. Here’s a snapshot of his thoughts on green energy and fossil fuels.

Resistance is not expected to his appointment from either political party, as he is apparently someone who can work across the aisle.

Brouillette is known to take an “all-of-the-above” approach to energy. He has actively supported green energy such as solar, but he still backs fossil fuels.

During his time to speak during the interview, Senator Angus King (I-ME) said:

Senator Barrasso said, ‘We can’t tackle climate change alone,’ citing comments made moments earlier by US Senator John Barrasso (R-WY). ‘I couldn’t agree with him more. I hope that he’ll urge the president to rejoin the Paris Climate Accord, which is the only ongoing international effort to deal with this issue.’

King then asked Brouillette whether he would be committed to strong and forward-looking research (although King didn’t specify what kind of research). Brouillette replied:

King then noted the importance of battery storage and transportation, to which Brouillette replied:

As we talked about in your office… we’ve long thought about battery storage as simply filling a gap. [I]f the sun doesn’t shine, cover the four hours while the clouds are out. If the wind stops blowing, cover the two hours that the wind’s not blowing. We’re to be thinking about battery storage perhaps in a more broad context. And what I mean by that is, perhaps batteries are important for resilience, not only as a backup for… renewable energy, but as a backup for fossil fuels as well.

He had me feeling hopeful til the last sentence. No, Brouillette. Not backup for fossil fuels. Be an “all-of-the-above” guy — minus the fossil fuels. The US has got to give up the coal for good — it’s a lost battle — and move quickly away from natural gas. It may be cleaner than coal, but it’s still a fossil fuel. As my colleague, Jameson Dow wrote: