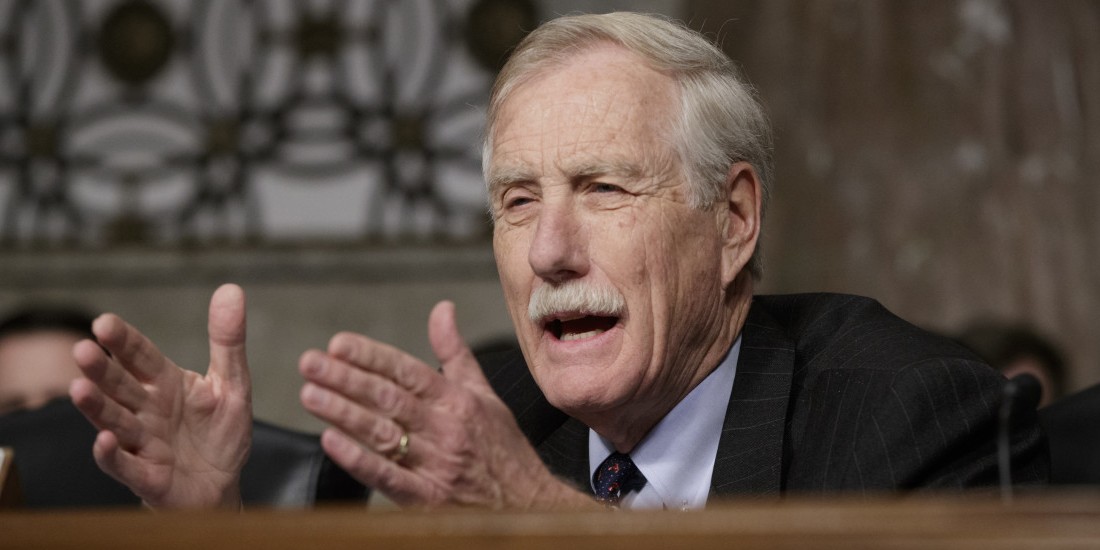 Senator Angus King (I-ME) commented today on yesterday’s announcement by US Secretary of State Mike Pompeo of the US’s “formal process of withdrawing from the Paris Agreement.”

Angus King sits on the Energy and Natural Resources Committee. As Electrek reported in September:

The Senate Energy and Natural Resources (ENR) Committee’s Subcommittee on Energy passed the bill on September 25, and King stated on that day about the bill’s passing:

Effective and long-lasting energy storage technology will reduce our carbon footprint, increase the reliability of our electric grid, and improve our national security — in short, it will make a major difference in the lives of the American people.

The bill was then sent to Senate Majority Leader Mitch McConnell’s (R-KY) desk for consideration for a floor vote. Unfortunately, nearly a month and a half later, the bill still sits on McConnell’s desk, as McConnell is apparently focused on approving judicial nominees. (Oh, and there’s that impeachment thing, too.) As the Washington Post explained in August:

Republicans [have had] a remarkable 144 judicial appointments since his inauguration and allowing him to reshape the courts and their decisions for decades, filling them with conservative jurists.

When Electrek asked King’s staff today for the senator’s thoughts on the US’s formal withdrawal from the Paris Agreement, King, who is a moderate Independent, had this to say:

Well that’s a disaster, it’s a huge mistake. There’s all this talk about how it would cost us jobs and everything. That’s simply not true.

The Paris Climate Agreement was a set of goals, a national commitment to goals. It wasn’t enforceable in the sense that it would change the way we do things… unless we chose to do that of our own accord, but the really bad part of it is two things.

One, we’ve abdicated our global leadership. We’re basically walking away from 199 other countries that are committed to doing something about this, and we were in a position to lead. People listen to us, it’s the United States of America, and we’ve basically left the table.

Number two, the only long-term solution to this problem is international. We could do everything in the world in Maine possible to improve the environment, but… CO2 is still going to go up to the air in China or India or Russia or the Middle East.

It’s a global problem, and it has got to be solved on a global basis, so to walk away from this agreement is just a disaster. People are going to look back and scratch their heads and say, What were those people thinking?

Eleven thousand scientists across the world agreed with you today, Senator King.