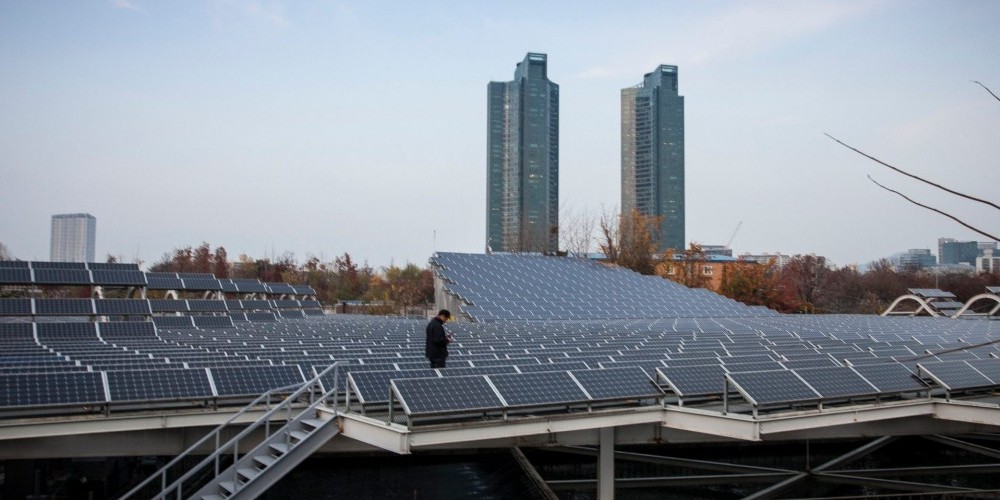 In Seoul, South Korea, every public building and 1 million homes will have solar panels by 2022. South Korea, the world’s fourth-largest coal importer, is making a concerted effort to shift to green energy after public pressure to do so and aims to generate 35% of its electricity from renewables by 2040.

South Korea is Asia’s fourth-largest economy, and it currently relies on nuclear, gas, and coal for power. The government had originally planned to retrofit 20 of its 60 coal plants with anti-pollution gear when they reached 30 years of age, but this idea has been abandoned, as it’s not cost-effective. According to a June Reuters article:

“To have more renewable power, we can make coal power plants run lower,” said Kang Seung-jin, energy professor at Korea Polytechnic University, who is helping to map out the 2019 plan.

According to the World Economic Forum:

The World Economic Forum’s Energy Transition Index, which benchmarks countries’ energy systems and supports them as they move to cleaner power sources, ranks South Korea 48th out of 115 nations surveyed. Its capital wants to lead the transition.

In November 2017, the capital city’s government announced the 2022 Solar City Seoul Plan, in which it said it would add 1 GW of solar capacity by 2022. This has already cut more than 100 metric tons of carbon dioxide emissions.

Every public building in Seoul will be fitted with solar by 2022, and one-quarter of the city’s residences will get solar panels in an attempt to further reduce CO2 emissions by more than a half-million metric tons. There is a solar-panel rental scheme in place for residents, which is proving popular.

The city’s baseball stadium is covered with solar panels, and Gwanghwamun Square will become a solar street in January 2020, featuring solar panels on lights, benches, and trash cans. The city hopes that its solar initiative will even attract tourists.

Seoul is hosting an international solar power conference in June 2020 and is a member of the C40 Cities group.