The mid-power electric motorcycle market has been heating up lately with the introduction of a number of new models around the world. The latest comes in the form of the Sur Ron White Ghost, a 100 km/h (62 mph) electric motorcycle designed to straddle the gap between urban commuters and highway runabouts.

But there’s something different about this bike, and it’s giving us a serious case of déjà vu.

That’s because we’ve seen the Sur Ron White Ghost before when it was originally rolled out by the company as a concept electric motorcycle.

That was around two years ago, and we hadn’t heard much of a peep about the project since. I had written it off as vaporware, to be honest.

But it appears that couldn’t be farther from the truth, based on the latest unveiling at the China International Motorcycle Show. The Sur Ron White Ghost was on display, but with a totally different name. It’s now the VOGE ER 10 electric motorcycle. 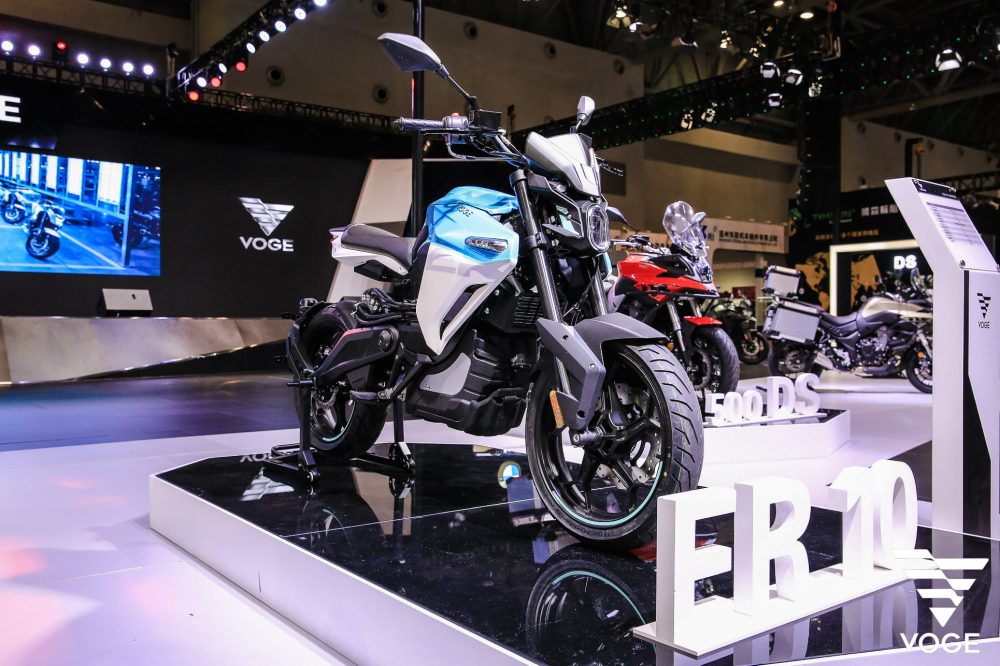 Sur Ron apparently handed off production of the White Ghost to a company called Loncin Motors, according to evnerds. 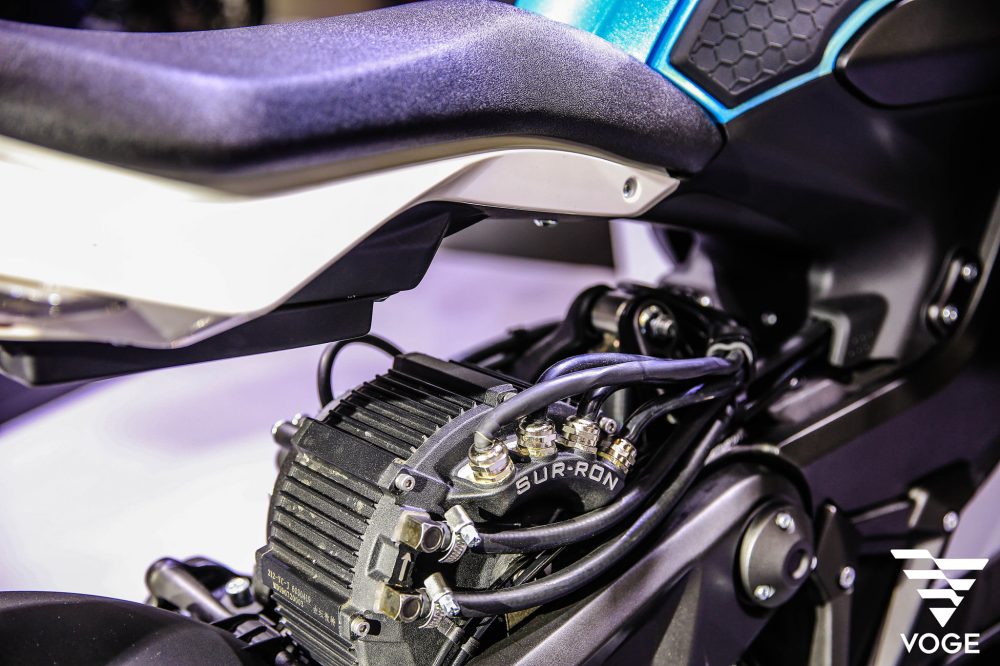 The battery is comprised of Panasonic battery cells and measures up at 4.2 kWh of capacity, thanks to its 60 V and 70 Ah architecture.

The bike weighs in at 115 kg (254 lb). It’s not clear whether the battery is removable, but it has a weight listed at 29 kg (64 lb), so there may remain a chance. That’s a pretty heavy (and expensive) battery to be lugging around though. The Vespa Elettrica has a similarly sized battery that is non-removable and thus can only be charged while on the vehicle.

By this point, you’re probably asking how much the bike will cost. VOGE announced that the price will be set at 33,800 RMB (US $4,750). VOGE is planning to present the bike at the EICMA Milan Motorcycle Show in the next 6 weeks and then enter production shortly after. And considering the company has its sights set on wide-ranging homologation and international distributors, there’s a good chance this one will be headed to a country near you soon. 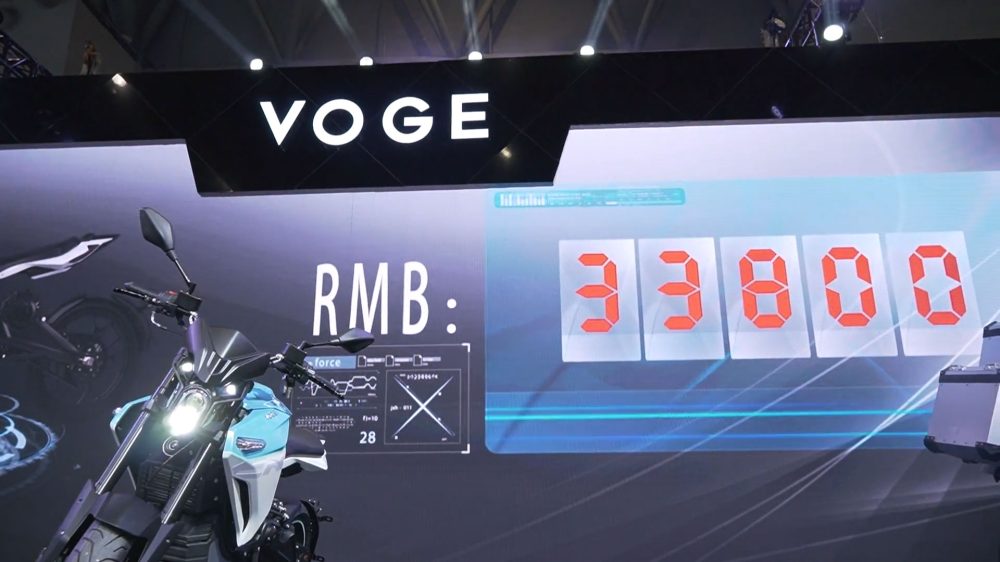 It’s great to see so many options entering the market for this type of mid-range and medium-speed electric motorcycle.

I love my $2,495 City Slicker electric motorcycle, but its top speed of 72 km/h (45 mph) means I can’t really take it very far out of the city without feeling vulnerable on the side of a 45 mph highway where everyone else does 55-60 mph.

The VOGE ER 10 would fall right in the middle of this range for both price and performance. And that’s a sweet spot that I can see many people migrating to for a commuter e-bike capable of short highway jaunts, yet built primarily for urban and suburban commutes.

What do you think of the VOG ER 10? Let us know in the comments below.