We get our first look at the new Tesla Roadster’s trunk space and hatch with a diecast version of the car that is based on the CAD model meant for the production.

When Tesla unveiled the next-generation Roadster at the Tesla Semi unveiling in 2017, Elon Musk surprised many by saying that the electric supercar has four seats and can support four people with luggage somewhat easily.

However, the automaker never ended up showing the cargo space in the vehicle nor even the backseat as it obviously focused on showcasing the incredible performance of the vehicle.

Now Tesla has released a Tesla Roadster 1:18 diecast model, which the company says is based on the ” 3D CAD data used to manufacture the actual Roadster”:

“Officially commissioned by Tesla, the Roadster 2.0 diecast scale model was meticulously overseen by the Tesla Design Team. Every detail, curve and surface was replicated from the same 3D CAD data used to manufacture the actual Roadster.”

Therefore, the diecast model gives us a first look at some design features meant for production and that includes the hatch of the new Tesla Roadster, which we haven’t seen before: 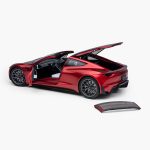 It is surprisingly big and reaches all the way over the backseat and to the roof.

Speaking of the roof, you can see it on the ground next to the model. That’s likely because there’s a space in the trunk to carry it around when you want the top opened.

From the diecast model, we can also see the large doorstep, which is reminiscent of the one on the original Roadster – and maybe even bigger: 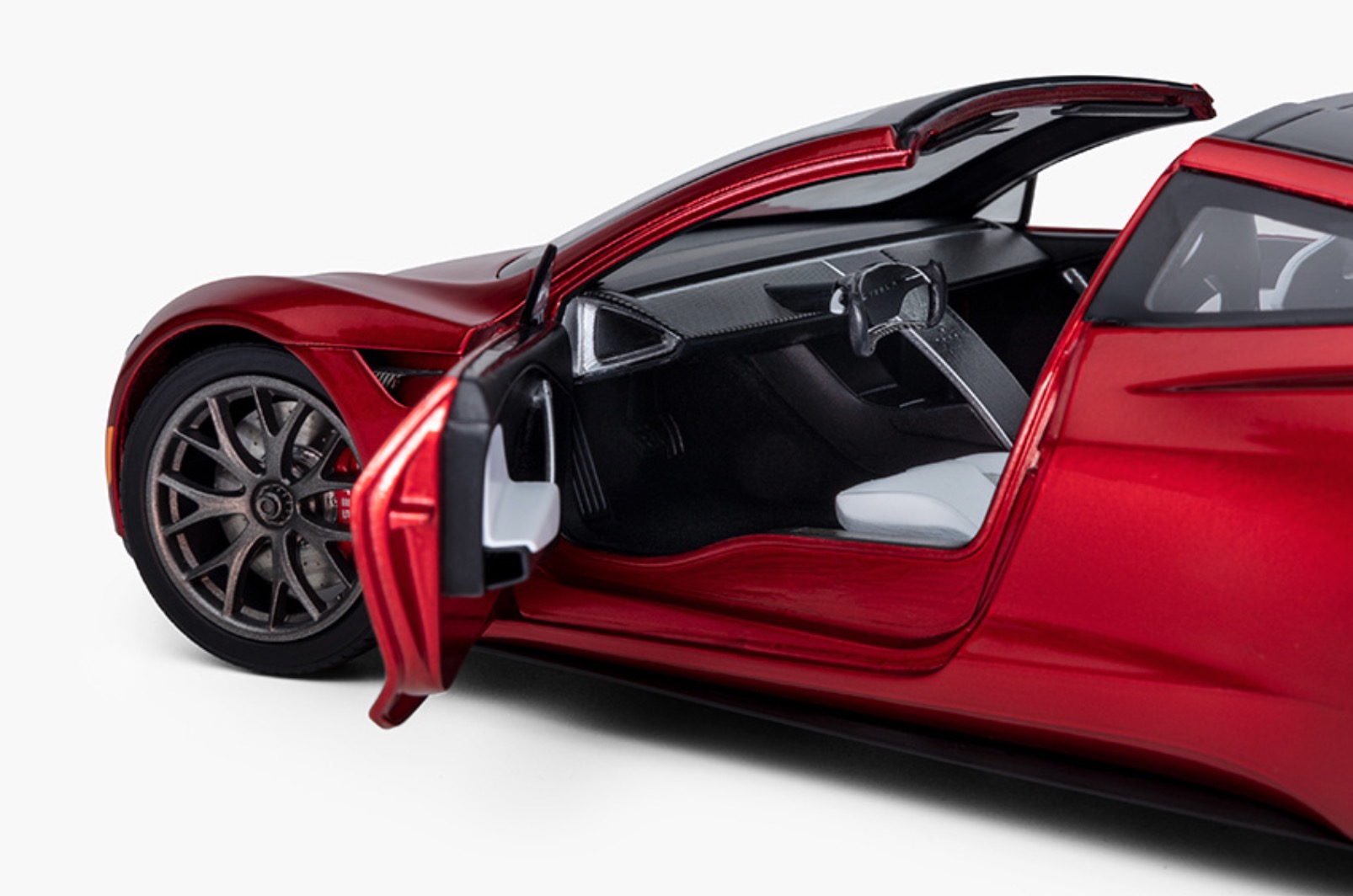 That’s as close as we get to see them:

The next-generation Roadster is now expected in 2021.

Recently, Tesla said that the next-gen Roadster is ‘evolving into something better than the prototype in every way’.