With its new 2020 model year, Tesla is breaking down the range of Model 3 Performance with different wheels, and there are surprising differences with the different options.

Tesla CEO Elon Musk has previously expressed disdain for the way automakers only update their vehicles on a model year basis once a year.

Instead, Tesla has been introducing changes to its vehicles whenever they are ready and changing the model year with the New Year, unlike other automakers who generally do it in the fourth quarter.

While Tesla appears to still do the former, it looks like it decided to follow the rest of the industry and implement its model year change earlier than the New year.

The EPA has been releasing this week new ratings for Tesla’s “2020” models.

Yesterday, we reported on the new 2020 Model 3 Standard Range Plus becoming the new most efficient electric vehicle in the US.

We have now taken a look at other 2020 updates to different Model 3 variants, and there are quite a few new changes.

One of the most notable is Tesla and the EPA now breaking down the range and efficiency of the Model 3 Performance with the three different wheel options: 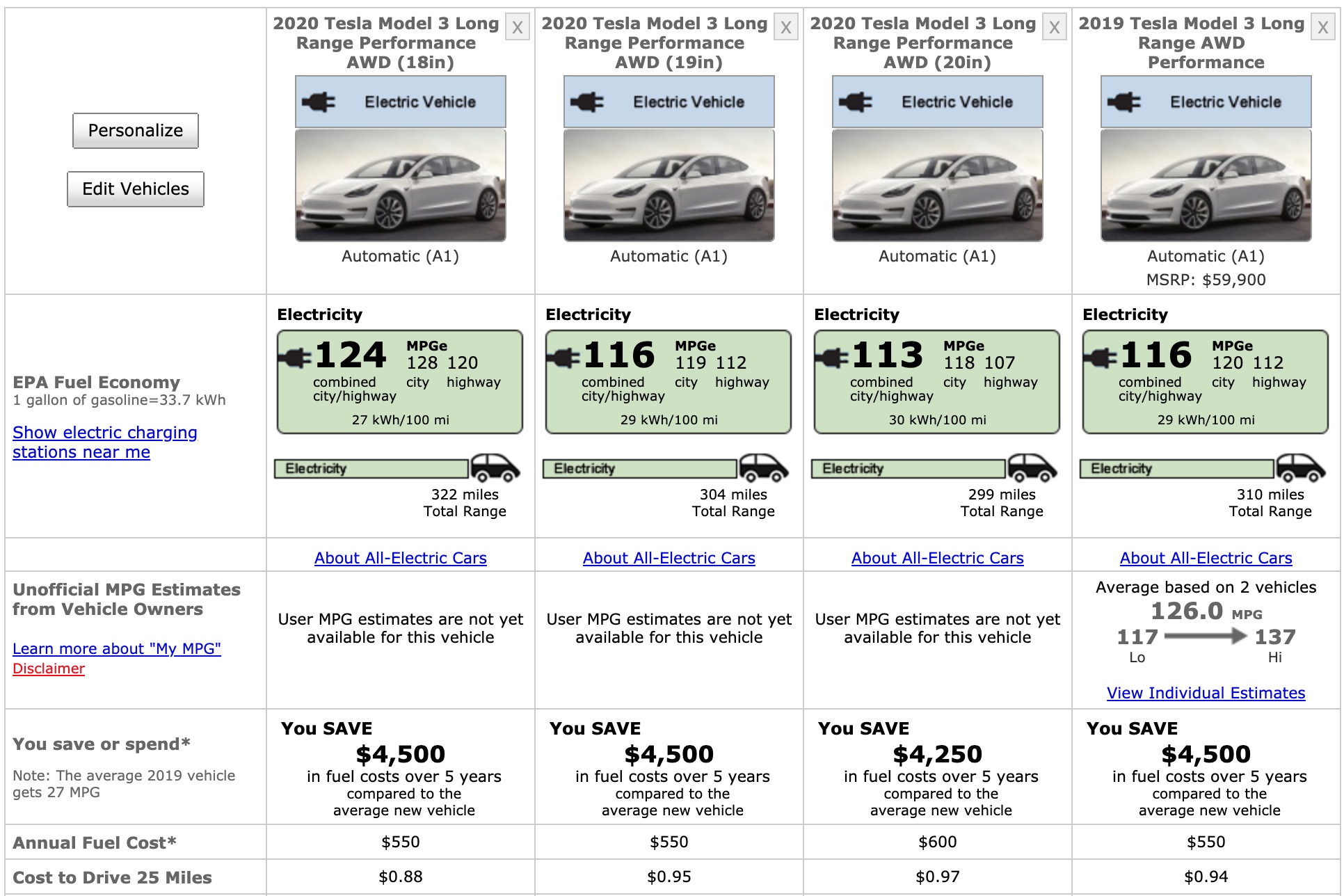 When Tesla originally launched the Model 3 Performance, it was only offered with larger performance wheels, and Tesla has been advertising the range at 310 miles (last one on the right).

With the smaller and more aerodynamic wheels, the Model 3 Performance gets 322 miles of range or 23 more miles than with the 20-inch wheels.

A Tesla VP of engineering previously said that Tesla Model 3’s aero wheels can increase efficiency by ~10% versus the bigger non-aero 19-inch silver Sport wheels, which was the only other option for a while until Tesla released a 20-inch version of the same wheel.

Interestingly, none of the 2020 Model 3 Performance is listed at 310 miles of range, like Tesla is currently listing on its website, even though it’s listed standard with the 20-inch wheels, which are now supposedly getting 299 miles of range.