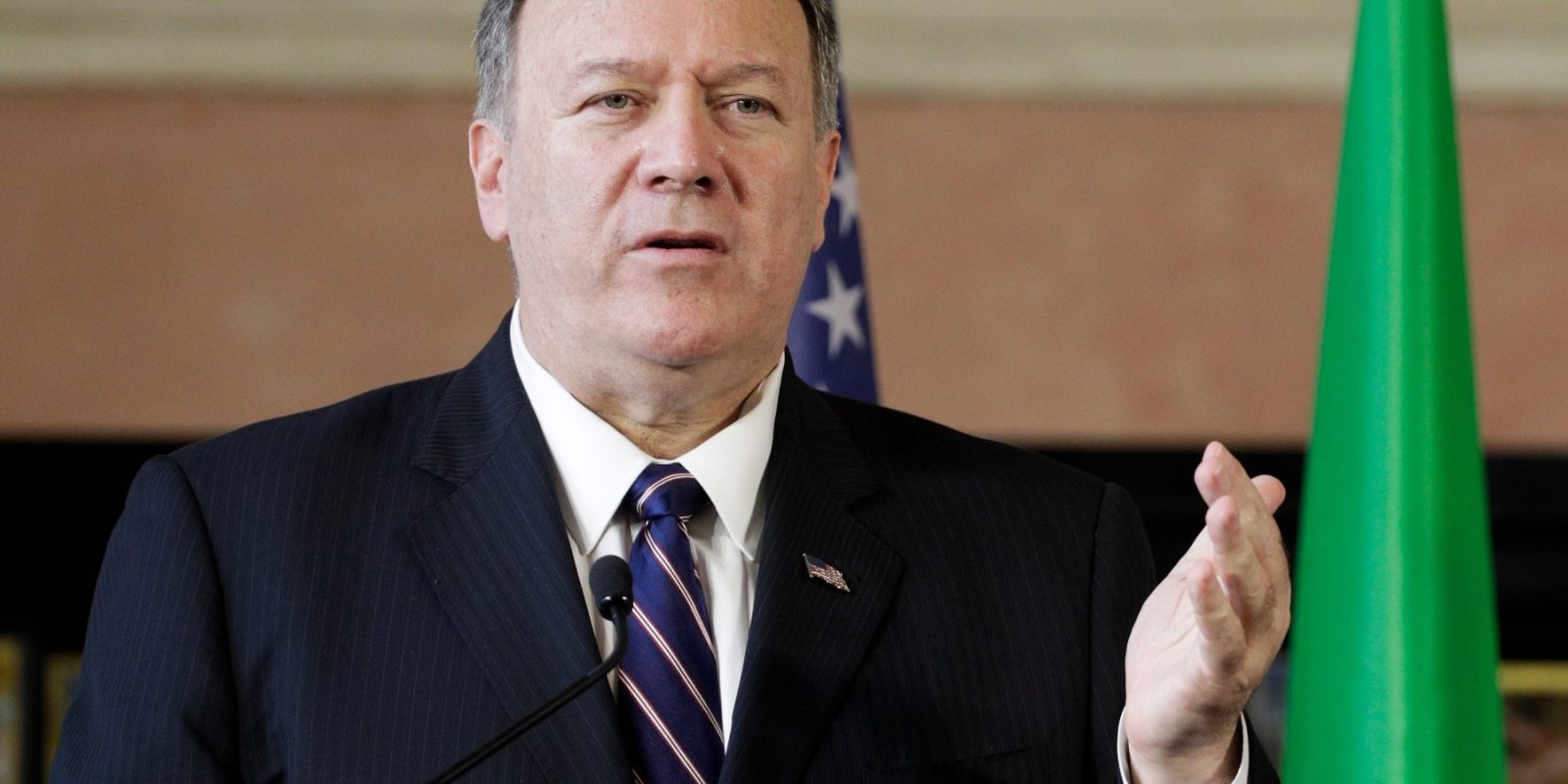 US Secretary of State Mike Pompeo yesterday announced the US’s “formal process of withdrawing from the Paris Agreement.” The United States is the only country to abandon the agreement. Yesterday was the first day that the Trump administration could give their one-year notice, and they wasted no time. So the US can now leave the agreement on November 4, 2020 — a day after the US presidential elections.

The Obama administration formally entered the Paris agreement in September 2016. At the time, President Barack Obama acknowledged US culpability by releasing the statement:

Together, the US and China represent about 40% of global emissions. So today, we are moving the world significantly closer to the goal that we have set.

In contrast, as Electrek reported on October 24, when Trump confirmed that the US would definitely be withdrawing from the Paris Agreement:

Trump told delegates at an energy conference in Pittsburgh that it ‘disadvantages the United States to the exclusive benefit of other countries.’

He said it would leave ‘American workers, who I love, and taxpayers to absorb the corst [sic] in terms of lost jobs, lower wages, shuttered factories, and vastly diminished economic production.’

Pompeo tweeted the announcement yesterday, declaring the US as a “world leader in reducing all emissions” (which is a lie, given that emissions rose significantly last year under this administration). He also said that the US’s model was “realistic and pragmatic”:

Today we begin the formal process of withdrawing from the Paris Agreement. The U.S. is proud of our record as a world leader in reducing all emissions, fostering resilience, growing our economy, and ensuring energy for our citizens. Ours is a realistic and pragmatic model.

As Electrek‘s Jameson Dow reported in June 2017, Big Oil definitely had a part to play in this administration’s decision:

One influence came in the form of a letter by 22 Republican senators, who have received a combined $10 million from oil companies, urging the US to pull out of the Agreement. Also, in today’s announcement, Mr. Trump cited one study for various forecasts of the costs of keeping US carbon emissions low. The source of the study was NERA Economic Consulting and it was sponsored by the American Council for Capital Formation and the Institute from 21st Century Energy, both of which are industry groups focused on oil production.

I asked the Environmental Working Group (EWG), a nonprofit, nonpartisan organization dedicated to protecting human health and the environment, what they thought about the US’s formal withdrawal from the Paris Agreement, and their president, Ken Cook, had this to say:

The total retreat by President Trump and his administration in the global fight against climate change is the definition of betrayal. The US and the world are rapidly running out of time to stave off the worst impacts of climate disruption, while the president is actively working to speed up our collision with the biggest existential threat facing every American.

Pompeo’s letter declares that “the US approach incorporates the reality of the global energy mix and uses all energy sources and technologies cleanly and efficiently, including fossils [sic] fuels, nuclear energy, and renewable energy.”

The words “clean” and “fossil fuels” simply cannot be used in the same sentence. After an extensive internet search, I cannot find an independent scientific source that verifies Pompeo’s statistics. (If anyone does find it, please post it in the comments below — I can’t find those “real-world results” outside of the government’s own statement.) While I did find that deaths as a result of air pollution fell by around 30% between 1990 and 2010 due to reductions in particulate pollution, multiple sources state that the US’s carbon dioxide emissions rose by 3.4% in 2018. We’re going in the wrong direction again.

If we look at this decision with a “US-first” angle in the way the Trump administration does by choosing to continue to support the dying fossil-fuel industry, the US’s perception that the Paris Agreement is an “unfair economic burden” comes at a serious price to the health of the American people (never mind the whole world), despite historical progress.

Two environmental scientists from the University of North Carolina, Chapel Hill, pointed out in an article on the Conversation that “1 of every 25 deaths occurs prematurely because of exposure to outdoor air pollution. It kills more Americans than all transportation accidents and gun shootings combined.” That final statistic really makes it hit home: This administration is choosing money over lives.