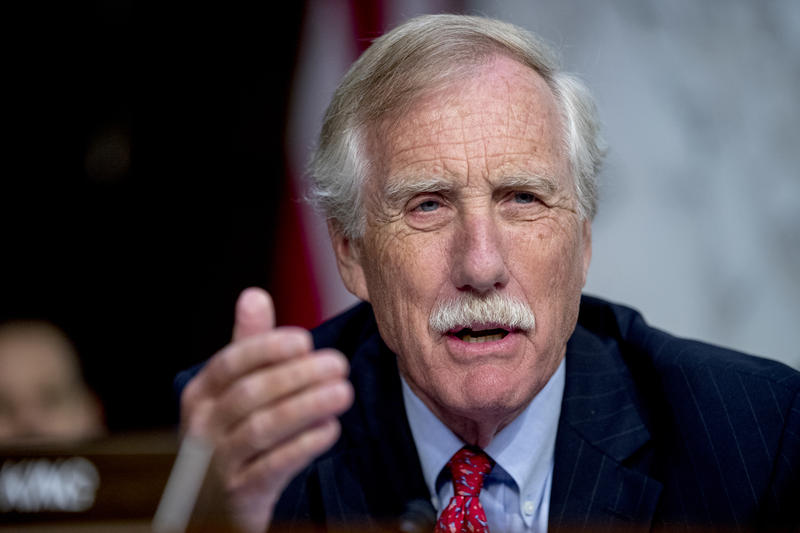 The Department of Energy (DOE) and the Department of Defense DOD) would work jointly in order to maximize their federal research funding to develop energy storage technologies.

Today, the Senate Energy and Natural Resources (ENR) Committee’s Subcommittee on Energy passed the bill, and it heads directly to Senate Majority Leader Mitch McConnell’s desk for consideration for a floor vote. McConnell will decide when the vote will be held, and being that the bill has bipartisan support, King’s staff told me that they are optimistic that it has a good chance of passing.

So, why this partnership?

The expanded availability of long-duration energy storage will increase the impact of renewable energy by allowing consumers to store excess energy for use during non-peak production hours. In addition, long-duration energy storage will increase our grid reliability by increasing the reliability of renewable energy, and bolster our national security by reducing the need for our military to transport flammable liquid fuels. The transportation of these fuels through dangerous territory puts service members in danger.

King said today in response to the bill’s success:

Storage is the key to fully unlocking the immense potential of renewable energy, giving us options when the clouds are out and the skies are still. Effective and long-lasting energy storage technology will reduce our carbon footprint, increase the reliability of our electric grid, and improve our national security — in short, it will make a major difference in the lives of the American people.

Australia’s Financial Review reports that Atlassian cofounder and billionaire Mike Cannon-Brookes is going to invest personal money in a AUD $25 billion (US$16.5 billion) project that would “create the world’s biggest solar farm, its biggest power storage system, and a 3,000-kilometer cable to export energy to Asia.” The farm would be 15,000 hectares (over 37,000 acres) in size.

The project will take seven or eight years to complete. The solar farm would be located in the Northern Territory, and the power would run by cable through Indonesian waters. Cannon-Brookes met with the Singaporean government to discuss supplying solar energy to the city-state.

Project company SunCable and Cannon-Brookes is working with Tesla to supply the storage batteries.

“Elon [Musk] assures me that his batteries will work at 50 degrees Centigrade, which is what they need to do to work in Tennant Creek,” [Cannon-Brookes] said, referring to the US entrepreneur’s Tesla power storage company.

China finances coal in Turkey — and lots of other countries

The $1.7 billion Hunutlu coal plant in Turkey has officially broken ground. Its biggest shareholder? China, via Shanghai Electric Power, who holds more than 78% of its shares.

According to Global Construction Review, the plant has “been the subject of legal actions and grassroots campaigns for more than a decade. Opponents object to it being built in a biodiversity protection zone, saying it would have negative health and environmental impacts.”

China is the world’s biggest polluter. They promised to cut emissions by over 12 billion tons annually at the United Nations Climate Action Summit on Monday. They are also leading the world in investment in electric buses. But the country has not committed to carbon neutrality by 2050.

Edward Cunningham, a specialist on China and its energy markets at Harvard University, [told NPR in April] that China is building or planning more than 300 coal plants in places as widely spread as Turkey, Vietnam, Indonesia, Bangladesh, Egypt, and the Philippines.

Why is China building coal plants in other countries? The short answer is to make money, and they’re not polluting in their own backyard.

Wang Yi, state councilor and special representative of Chinese President Xi Jinping, said at the UN Climate Action Summit that “climate change is a common challenge for all countries.” China needs to put its money where its mouth is and “end the age of fossil fuels.”

Renewable capacity expected to grow in 2019

The International Energy Agency (IEA) says it expects to see solar PV growth of over 17% and capacity of 115 gigawatts (GW) by the end of 2019. And overall, the agency expects renewable capacity additions to grow by almost 12% in 2019, which is the fastest growth since 2015.

Solar PV costs have dropped by 80% since 2010, so “the IEA expects solar to account for more than half of global renewable additions for the third year in a row,” says Clean Technica.

These latest numbers give us many reasons to celebrate: Renewable electricity additions are now growing at their fastest pace in four years after a disappointing 2018. We are witnessing a drastic decline in the cost of solar power together with strong growth in onshore wind. And offshore wind is showing encouraging signs.