Ranked: Which US metro areas have the most solar panels on homes?

Cape Analytics is a Mountain View, California-headquartered company that reveals insights about US property by using AI and computer vision to scan and interpret geospatial imagery. So the company decided to look for evidence of solar panels across America, and published their findings in a report today called “The Most Solar Places in America.”

For the first time, Cape Analytics used their AI to look at more than 38 million homes in 21 metropolitan areas across the US in order to gain a better understanding of how many homeowners are actually adopting solar energy.

Here’s what they learned:

Which metro areas have the most solar panels?

Here are the rankings of the 21 metropolitan areas Cape Analytics examined when it comes to homes with solar panels per 100,000 homes: 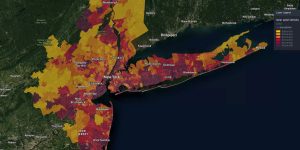 Why do the metropolitan areas’ stats pan out this way? First of all, sun has a lot to do with it. California’s climate provides year-round sun, which is obviously kind of important to get your solar panels cranking.

But there’s more to it than that, otherwise Seattle probably wouldn’t even be on this list. Seattle only gets an average of 152 sunny days per year, compared to the US average of 205 days. And Atlanta gets 217 days of sun, yet sits six spots below Seattle. Why?

So this explains why wealthier metropolitan areas in sunny California are more likely to have a higher concentration of solar-paneled homes. But this is expected to change, as the cost of solar is dropping. Further, solar also increases the value of homes.

Finally, tax incentives come into play. Arizona offers additional tax credit, and California has incentives based on the energy the panels produce. But Texas has none.