Electrek obtained an updated Tesla Solar Roof quote from V2 to V3, and it shows that the price of the solar roof tiles went down by as much as 40% with the new generation.

On Friday, Tesla launched version 3 of its Solar Roof tiles, now also known as Solarglass, and it saws a significant price decrease through optimization and faster installation.

Earlier this year, a reader sent Electrek an actual quote that Tesla submitted to him for his house in the Bay Area, and it gives us our best look at the breakdown of the cost of a Tesla Solar Roof, all the accompanying hardware, and installation for the previous generation.

The homeowner ended up not ordering the system, but Tesla has now updated the quote following the launch of Solar Roof V3, and it’s now much cheaper.

This quote is a little more expensive despite the roof being a little smaller, but the roof features a lot of custom fittings and the ratio of tiles with solar cells to titles without solar cells is really high, resulting in a relatively powerful solar system for the size of the roof: 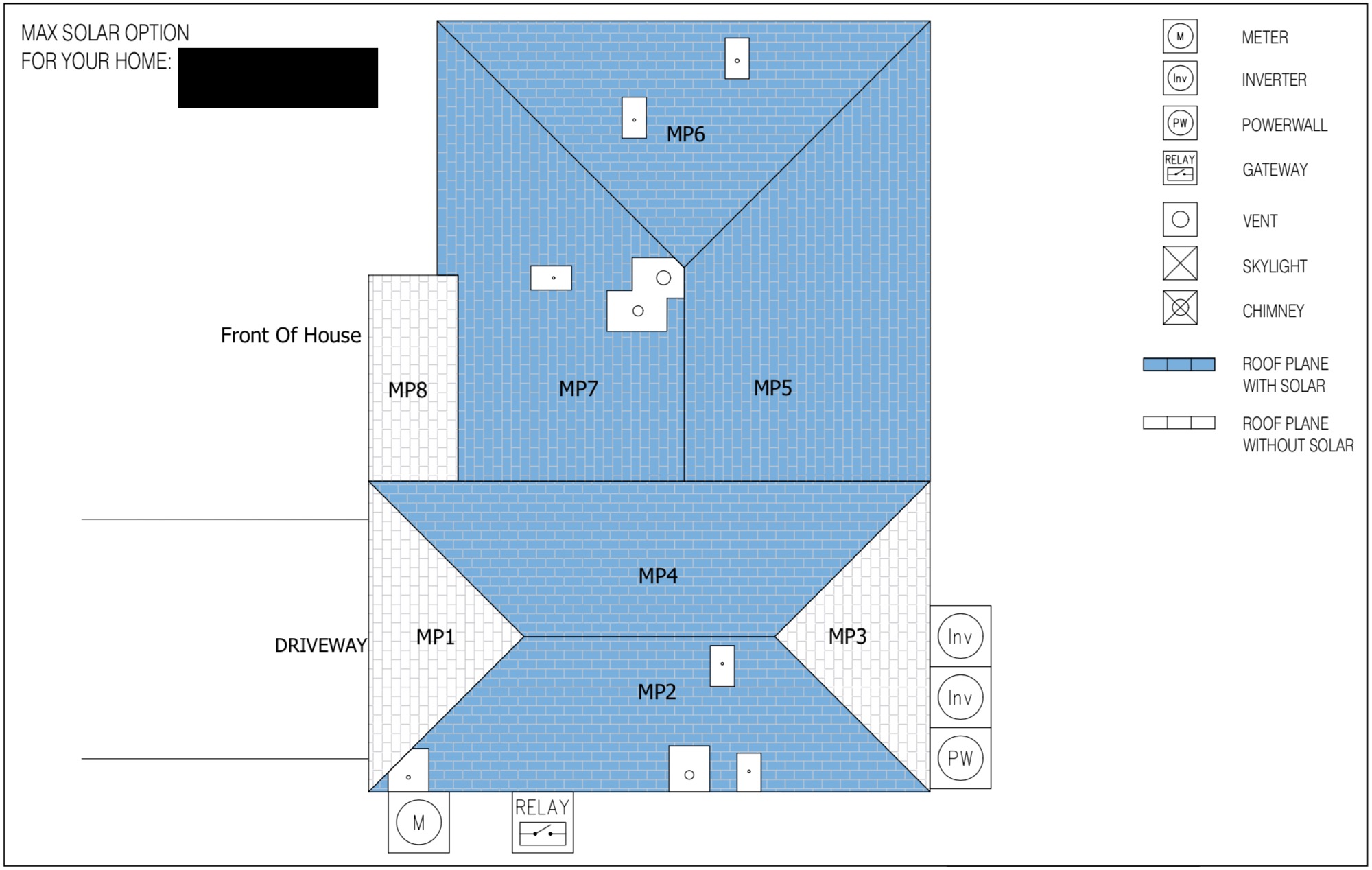 The overall price of the entire system with installation and Powerwall is 36% cheaper with the new V3 solar tiles.

The company attributes the cost reduction to a streamlining of the installation process that will reduce the man hours needed to complete a roof.

When first launching Tesla Solar Roof, Tesla said that it should take roughly the same time to install a solar roof as a tile roof installation, which is typically five to seven days.

Earlier this year, we reported that Tesla Solar Roof installations were still taking about two weeks, which adds to the cost of the product and makes it hard to scale.

Now the company is heavily investing in reducing that time, and they think it could eventually go down to a day with the new Solar Roof V3.

Tesla also designed new custom fittings, vents, and skylights to mesh with the solar roof better and reduce the manufacturing of special parts at the construction sites:

Electrek has heard from several prospective Solar Roof buyers who said Tesla has revisited their quote since the launch of V3, and the new price is now much more interesting.

Tesla CEO Elon Musk is optimistic that the new version of the Solar Roof is going to make the product ready for prime time.

He said that the company is going to quickly ramp up production to 1,000 roofs per week.

That’s an impressive cost reduction, and I agree with Elon Musk: It’s now an important product.

I know people will say that it is still expensive, and it is, but when you look at the cost of a new premium roof, not an asphalt roof, plus the cost of a solar array, it’s actually extremely competitive.

Then the solar roof tiles offer their own advantages.

It’s subjective, but I’d argue that Tesla Solar Roof is much more aesthetically pleasing than a roof with solar panels.

There’s also the potential for the Tesla tiles to be longer-lasting, but it’s going to take a while for them to confidently prove that.

In the meantime, buyers are going to have to rely on Tesla’s 25-year warranty, which is competitive in the roofing market and the solar industry.

If you decide to buy a Tesla Solar Roof V3, don’t hesitate to reach out to us if you are willing to document the process. It would be interesting.