Tesla increases range of base Model 3, bumps price up

Tesla has updated the Model 3 online configurator with some changes for the base version of the vehicle, the Model 3 Standard Range Plus, which is now listed with 10 more miles of range and is $500 more expensive.

Earlier this year, Tesla launched its base Model 3 for $35,000 – something that the company had been promising for years.

Instead, Tesla created a Model 3 ‘Standard Range Plus’ (SR+), which became the new base version on the online configurator at $38,990, and Tesla sold a software-locked version of the car at $35,000 for those ordering “off-the-menu”.

The Model 3 Standard Range Plus was listed with a range of 240 miles.

Today, Tesla updated its online configurator and the vehicle now has a 250-mile advertised range: 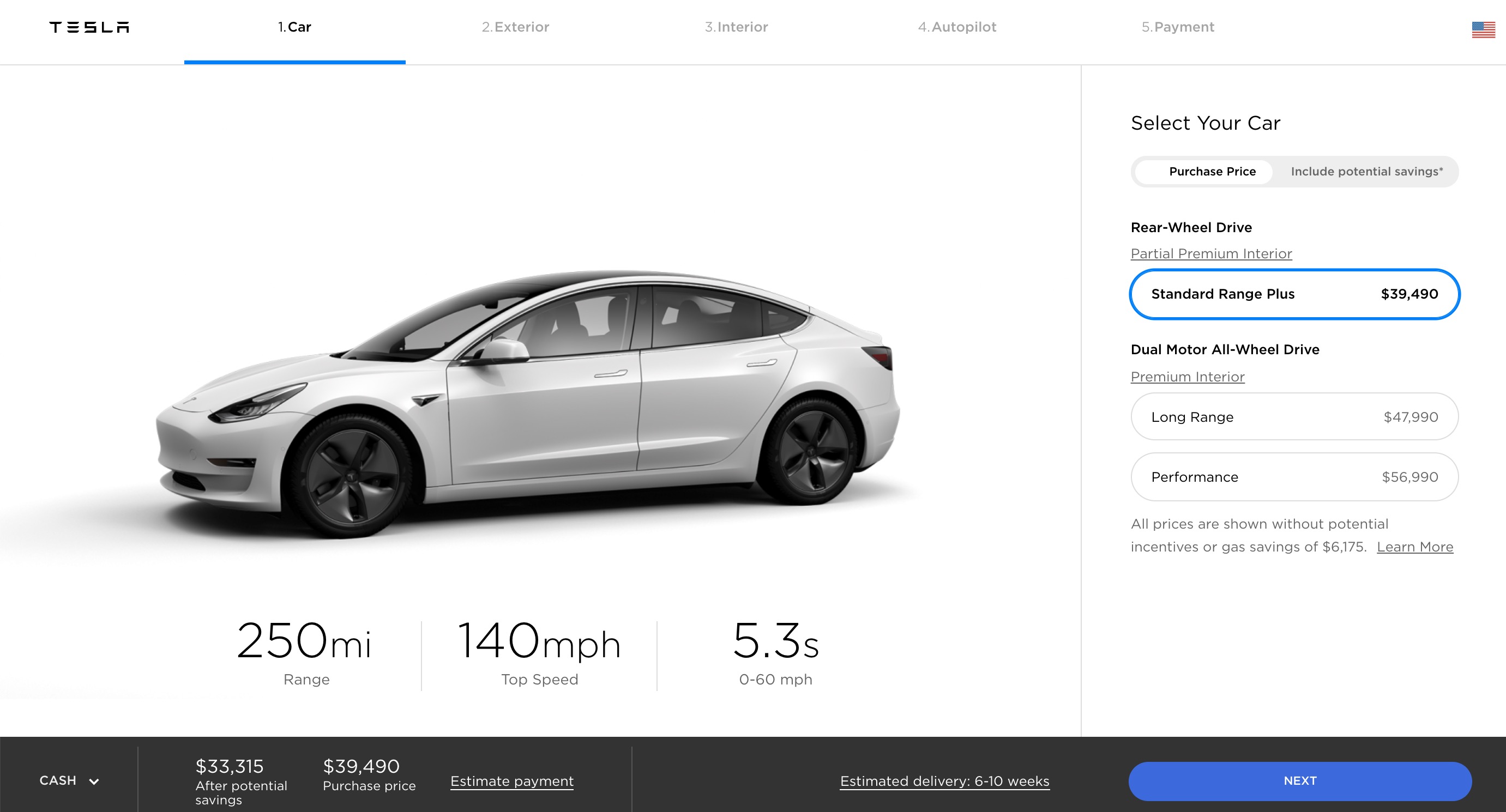 It’s unclear if the range increase is due to a hardware or software change.

We have contacted Tesla to ask about the change and how the vehicle is achieving a longer range. We will update if we get an answer.

In the past, Tesla claimed to have increased the Model 3 range through a software update.

However, the change only affected Model 3 Long Range RWD vehicles, which have now been discontinued, and many owners reported never seeing the range increase after the software update.

We previously reported on how Tesla played with EPA ratings to advertise all Model 3 versions equipped with the Long Range battery pack with a 310-mile rated range even though the Long Range RWD version was able to get more.

Along with this new change, Tesla also made several other changes too the Model 3 online configurator today.

Tesla has also increased the price of the Model 3 Performance by $1,000 today and they revised the deposit required to place an order down to just $100, but they also made it non-refundable.

Hopefully, Tesla comments on how they can advertise the range of the Model 3 Standard Range Plus at 250 miles now or we will have to wait for more details from the EPA.

Only a 2019 version of the car with 240 miles of range is listed on their website for now.

I think the community would certainly appreciate more transparency from Tesla on that front, especially after how they handled the range ratings of the original 3 versions of the Model 3.