Brekr, a Dutch startup, has just unveiled its first electric vehicle: The Brekr Model B.

The electric moped — or scooter — or noped (seriously, what is this thing?!) packs some serious battery capacity into its small frame.

The bike’s designers created a 1.9 kWh battery pack for the Brekr Model B, and then left room for up to two of the big battery packs.

That means the little electric moped can get between 50-80 km (31-50 miles) of range on a single battery, or twice as much when wielding dual batteries.

Those batteries are built from 18650 battery cells and weigh in at 10 kg (22 pounds) each. They can be charged in five hours and come with a two-year warranty.

The batteries are slung low in the battery box mounted largely, though not entirely, underneath the main aluminum frame members. The seat lifts up to allow for the batteries to be removed for charging indoors. 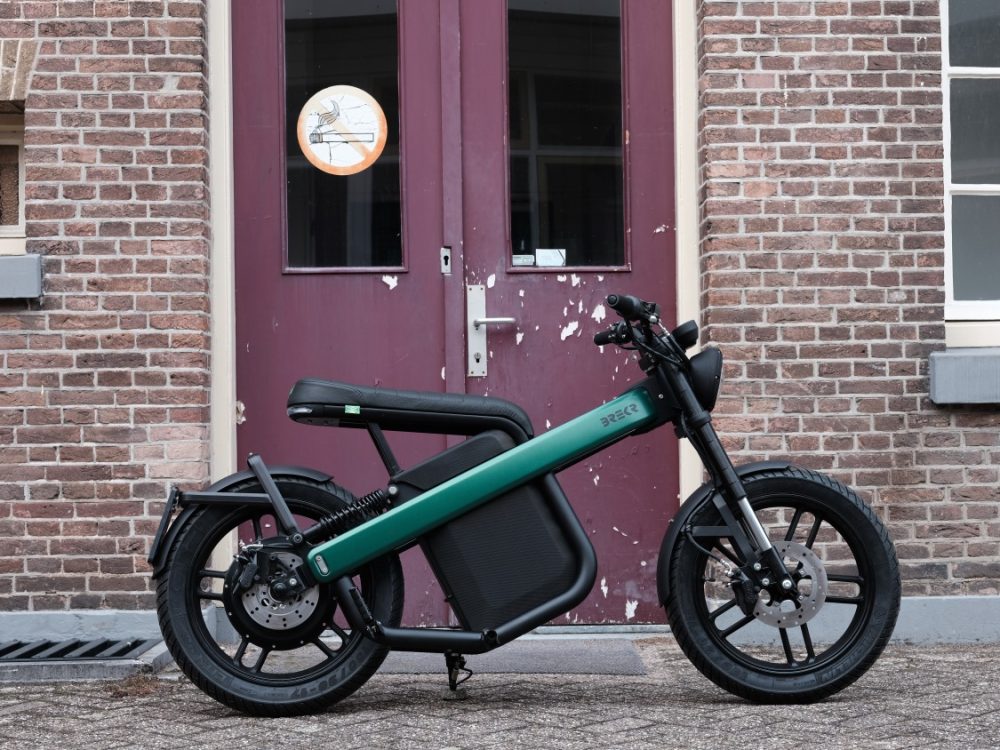 While you would be excused for missing it at first glance, the frame actually appears to have a very short rear swingarm. Its suspension consists of dual coilover shocks running parallel to the main frame member.

Combined with the inverted front suspension fork, that gives the Brekr Model B full suspension credentials.

The electric moped will also come with GPS functionality and smart phone connectivity, allowing for features such as anti-theft GPS tracking as well as vehicle diagnostics and remote data. The whole bike weighs only 62 kg (137 pounds) with a single battery, making it one of the lighter electric mopeds out there.

Brekr hasn’t shared any info regarding the power rating of that rear hub motor, but don’t expect it to be too high. The Brekr Model B is being offered in two different low speed variants: 25 km/h (15.5 mph) and 45 km/h (25 mph). It doesn’t take too much power to reach those speeds.

And while many Americans may scoff at such low speeds, Europeans will be all too familiar with the low speed requirement for the L1e scooter category that allows riders to operate vehicles like these with only a standard driver’s license.

The Brekr Model B is designed and assembled in the Netherlands, but it isn’t entirely produced there. While some major parts like the battery are built locally, other parts such as the frame are manufactured in Taiwan.

For those that are ready to pre-order their own, you can do so for just €9 (US $10). That will get you a voucher to start configuring your Brekr Model B this December. But you’ll still be on the hook for the full price of €3,890 and won’t be seeing your new electric moped until spring 2020 at the earliest. The Brekr Model B will be limited to sales in the Netherlands, Belgium, and Germany at first, but will expand to other countries, according to EMN. 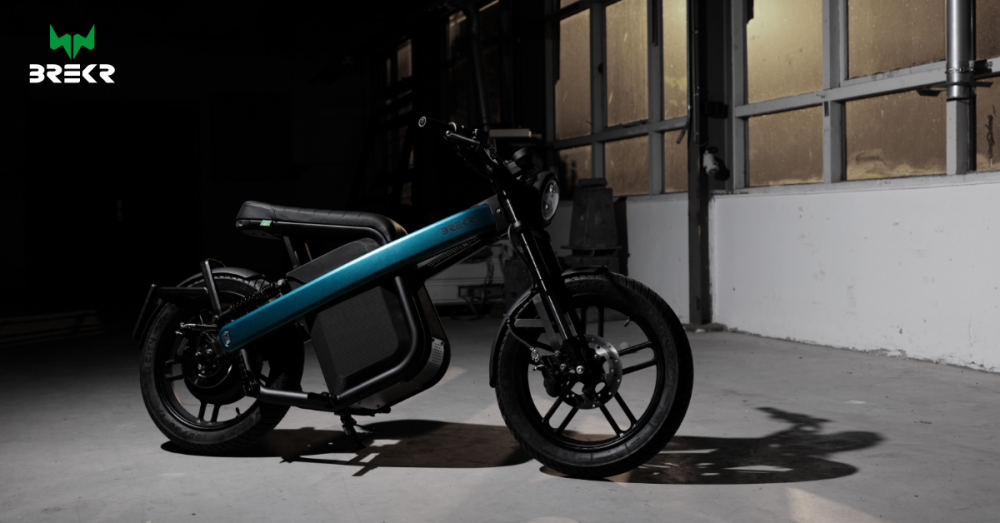 Personally, I have mixed feelings about this one.

Forget about the speed — Europeans are stuck with those annoying laws, which is why they get so many 25 mph electric scooters and mopeds.

I’m talking about the design here. On the one hand, I like the simplified design, and I’m happy to see it get the full suspension treatment. Plus the bench is long enough for a second rider, and there are pillion foot pegs back there, too.

But on the other hand, it somehow feels both too industrial and a bit lazy to me. We’ve seen a lot of boxy electric motorbike batteries, and I’m kind of tired of it. They always seem to spoil the lines for me. It’s one thing when you’re starting out with batteries built from square-shaped pouch cells. But these batteries use cylindrical 18650 cells, which should give designers more freedom than any other cell shape! 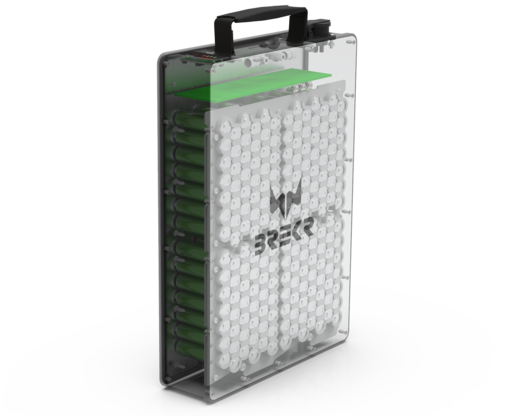 Maybe I’m spoiled. Or maybe I just want to see designers find more creative ways to pack in the batteries. Something that doesn’t include four corners would be nice.

But who cares what I think, let’s hear what you think of the Brekr Model B in the comments section below!