There’s something awesome about a vintage moped. It can’t be the fiddly engine or choking exhaust, so it must be the style! And the new Rottwellmeyer Otto electric moped gives you that classic moped feel without the pain of a finicky gas engine.

The Rottwellmeyer Otto electric moped is the first vehicle introduced by Aeronaval de composites S.L. in Tarragona, Spain. Production is planned to occur locally in Spain.

The little bike looks like it popped straight out of the ’60s, yet comes with today’s latest technology.

Gone is the old pressed steel frame of decades past. In its place is the Rottwellmeyer Otto’s new carbon fiber monocoque body. That lightweight yet strong frame helps drop the vehicle weight to a trivial 38 kg (83.8 lb). 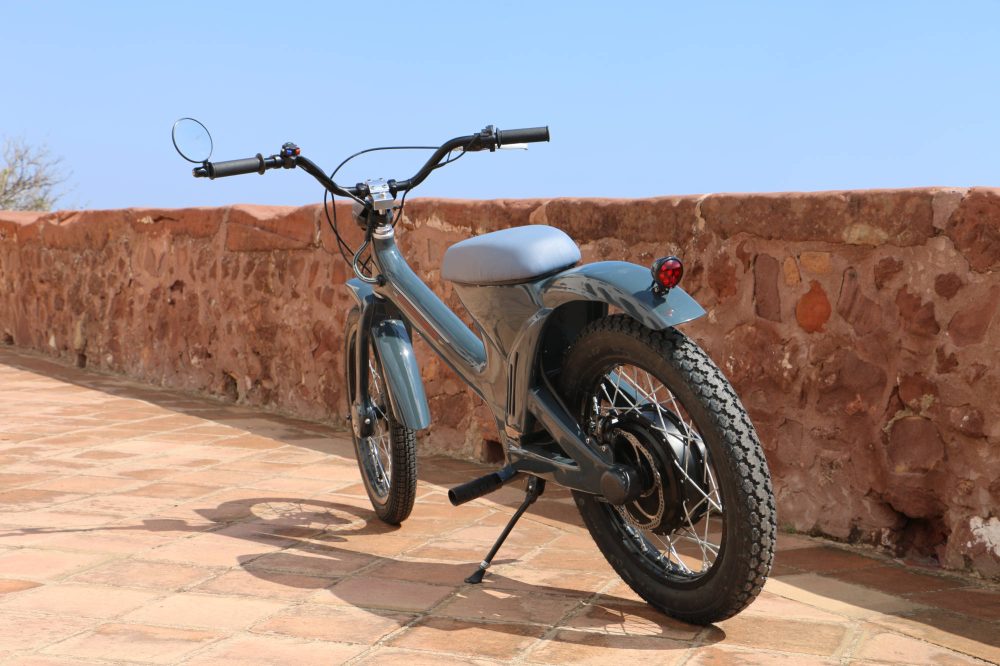 The bike is powered by a 3 kW continuous rated rear hub motor. The removable battery, which is hidden under the seat, is rated at a capacity of 1.6 kWh. The company claims that should be sufficient for between 72-120 km (45-75 mi) of range.

With my experience building lightweight electric vehicles, I’d say that the upper end of that range will only be capable at slower speeds of around 30 km/h (18 mph), even though the bike has more speed to give.

The Rottwellmeyer Otto is rated for a road-limited speed of 45 km/h (28 mph) to comply with European laws and remain street legal. It can be ridden in unlimited mode as well, which bumps the speed up to 58 km/h (38 mph), though that may not be street legal in some areas.

Speaking of legality, the company claims the bike has passed certification tests including ECC/L1e in Europe and EPA for the US. 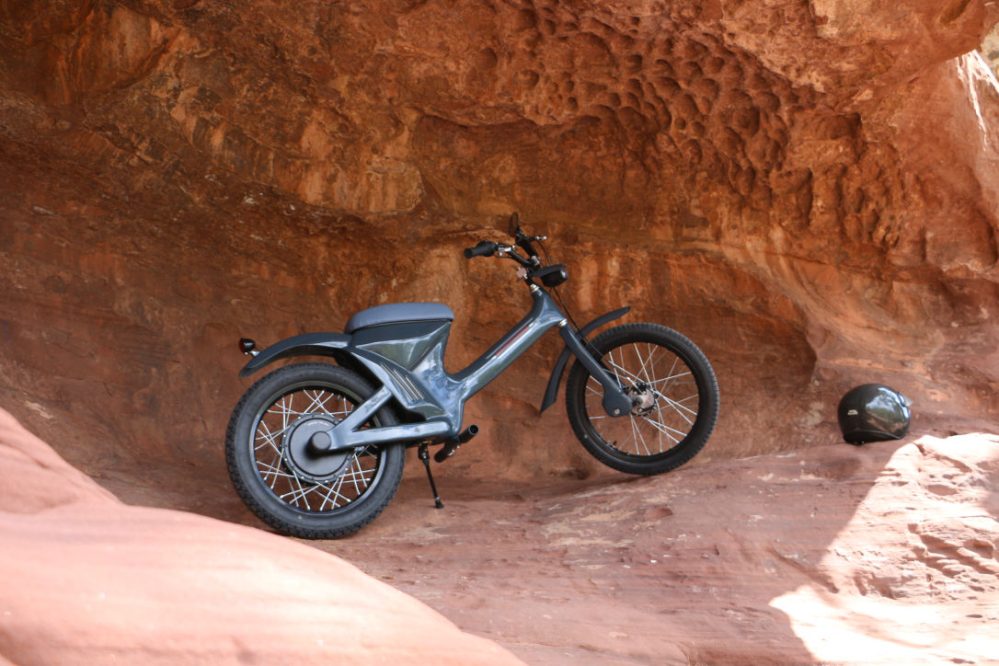 While this isn’t the first retro-styled electric moped we’ve seen in the past year or so, it is the first one that could arrive fully assembled (i.e. not in a conversion kit).

I use the phrase “could arrive” because this isn’t a done deal. The Rottwellmeyer Otto is currently in the final prototype stage and the company can be found on Indiegogo attempting to crowdfund the bike’s mass production. Those willing take the gamble could score their own Rottwellmeyer Otto for just $3,311 with expected shipping in March of 2020.

First things first: This is an Indiegogo project and thus there’s some sense of buyer beware here. While many big EV companies got their start on Indiegogo (Boosted Board, anybody?), the fact that this is a crowdfunding project means there’s no guarantee that it will be funded, or even if it does, that your “investment” will be safe.

That being said, we’ve seen tons of popular and successful electric bike and scooter companies deliver on their promises on Indiegogo recently. It’s become a very popular platform to get personal electric vehicles off the ground and into production.

I sure hope the Rottwellmeyer Otto electric moped gets added to that list because this is one sweet-looking ride! Imagine this in bright red or yellow and it would be rockin’!

There are probably going to be people arguing with me that this is technically a “scooter” or a “noped” because of the lack of pedals, but whatever. Fight me.

This is an awesome 60’s style electric moped in my book. I’m not sure it has suspension outside of that vintage moped-style suspension fork, but I’d still love to take the first ride on it. Rottwellmeyer, hit me up!