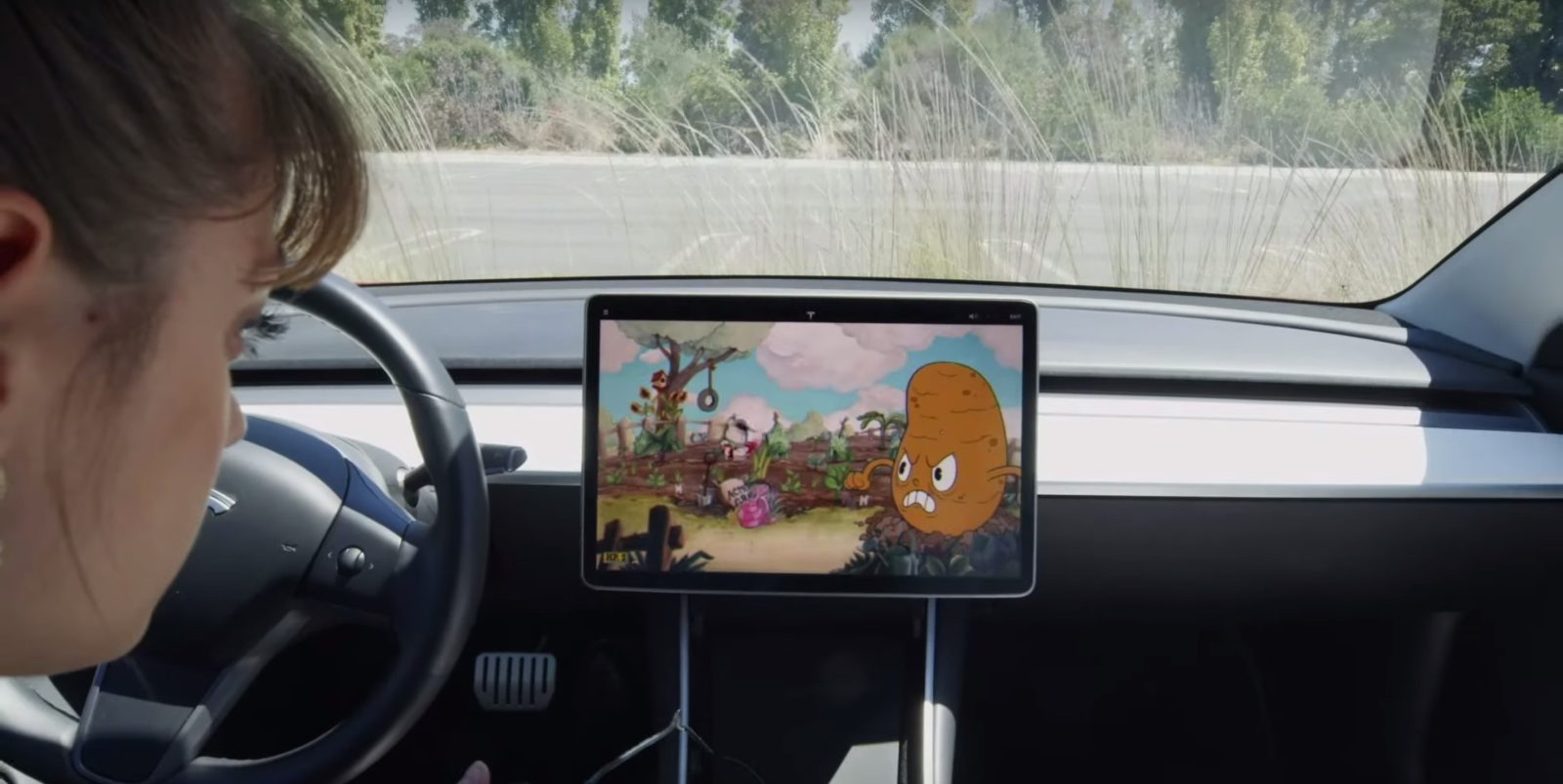 Tesla V10 software update is starting to propagate outside of the early access program and it includes a few new surprise features.

As we reported yesterday, the biggest surprise was that Spotify integration was actually in Tesla V10, but the release notes also show a few more things.

Tesla says that it doesn’t replace Slacker or Tunein.

Owners are still going to be able to use those music services:

“We’re expanding our music and audio platform to enable Spotify Premium account access in all supported markets – one of the most requested features from Tesla owners. This will be in addition to Slacker Radio and TuneIn, which are also available in Tesla vehicles.”

But Tesla really knew that Spotify was highly requested forever and they acknowledged that in a funny way in a video they released for the launch of V10:

Tesla is also launching the “Ximalaya service for podcasts and audiobooks in China.”

Finally, for media, Tesla is bringing music streaming through Wifi and the internet browser to Standard Range and Standard Range Plus Model 3 owners:

“To take advantage of the advanced media features in Software Version 10.0, we are also enabling browser access on all Model 3 Standard Range Plus and Standard Range vehicles. The update will also enable streaming media access to Spotify, TuneIn, and Slacker while connected to WiFi for these cars.”

Previously, SR and SR+ owners didn’t have access to those features.

We already got a good look at Tesla Theater when it was pushed to the early access program earlier this month, but it only included YouTube and Netflix integration, as well as Tesla tutorial videos.

Tesla also has something planned for Chinese owners:

“For our China-based customers, we’ll be launching with iQiyi and Tencent Video access, and we expect to add more global streaming and entertainment services over time.”

With a mobile app update coming with v10, you can also send videos to play in the Tesla Theater for supported theater sources by sharing the video link with the Tesla mobile app.

The early access release already had several improvements to Sentry Mode and Dashcam features, but the wider release also confirms that it can now record from the rear-facing camera.

You need a few extra accessories to make these features work. I recommend Jeda’s Model 3 USB hub to be able to still use the other plugs and hide your Sentry Mode drive. For the drive, I’m now using a Samsung portable SSD, which you need to format, but it gives you a ton of capacity, and it can be easily hidden in the Jeda hub.

Finally, in the video embedded above, Tesla listed a bunch of new features, including a ‘car wash mode’, though it’s not in the release notes.

Don’t have a Tesla or want another one? You can win your own brand new Tesla Model X P100D with $20,000 in the trunk by participating in the Omaze sweepstake that helps GivePower build a solar-powered desalination system in Haiti.