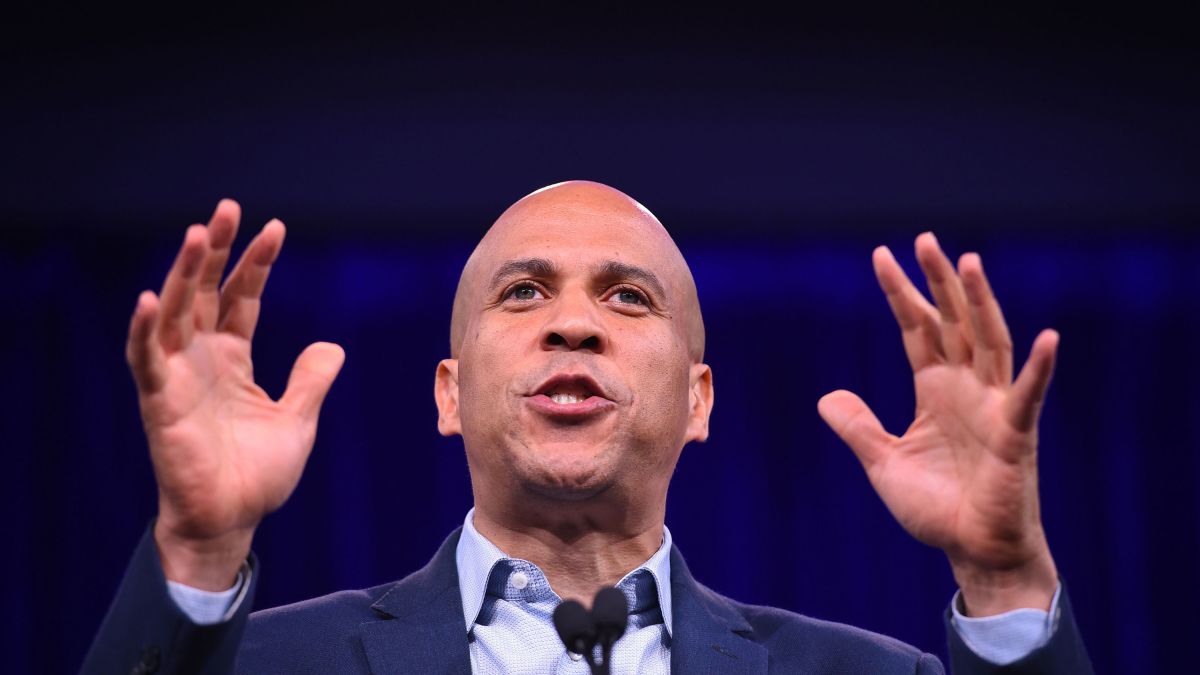 US Democratic presidential candidate and New Jersey senator Cory Booker announced his climate change plan yesterday. It includes investing $3 trillion by 2030 to transition to a 100% carbon-neutral economy by 2045. Here are five highlights of his plans for green energy:

Warren ups the green for the green

Elizabeth Warren previously announced her $2 trillion Green Manufacturing Plan for America in June. She is due to be interviewed by Chris Cuomo at 9:20 p.m. ET on CNN during the climate crisis town hall today. So it’s not a huge surprise, timing-wise, that she upped her plan’s ante.

Warren announced the following last night on a Medium post that was headlined, “100% Clean Energy for America”:

Today, I’m announcing I’ll commit an additional $1 trillion over 10 years — fully paid for by reversing Trump’s tax cuts for the wealthiest individuals and giant corporations — to match Governor [Jay] Inslee’s commitment, and to subsidize the economic transition to clean and renewable electricity, zero emission vehicles, and green products for commercial and residential buildings.

As per Time, here are the details of her additional plan:

Vehicles: “Strict emissions standards that will get tighter each year, ensure every federal interstate highway rest-stop features fast-charging stations, and incentivize consumers to swap their fuel-inefficient cars with eco-friendly ones.”

Buildings: “Eliminating the use of fossil fuels in all new and renovated federal buildings by 2025, and incentivizing energy efficiency in commercial buildings and residential housing through tax credits, among other things.”

The Oil and Money conference, which has been held for 40 years, is due to take place in October in London. (I’d nominate that title for the “least ambiguously named conference” award.)

According to the Guardian, the event “will attract executives from the world’s biggest oil companies as well as senior Opec leaders and ministers from fossil fuel-rich Middle Eastern nations… keynote speakers this year will include Bob Dudley, the chief executive of BP, and Ben van Beurden, the boss of Royal Dutch Shell.”

The New York Times was due to sponsor the event, and as a result of pressure from environmental groups, including protests at its offices, the newspaper withdrew its sponsorship.

We want there to be no question of our independence or even the potential appearance of a conflict of interest. Over the last several years [the New York Times] has significantly expanded its reporting on climate change and its impact, as well as broader investigative and explanatory coverage of energy and environmental policy.

(I personally find the Times‘ initial decision to sponsor the conference baffling, in light of the above. A sponsorship is an endorsement. The paper should instead send reporters to cover the event only.)

Popular Science rounds up three neat portable solar panels that are small and simple enough for anyone to use. They’re each varying degrees of lightweight. Here you go (and nice choices, Popular Science):

Suner Power 12V Off Grid Solar Panel Kit: This comes in both 30W and 50W and with battery clamps, battery rings, and bare wire cable. Popular Science describes it as a “set-it-and-forget-it model,” and says it’s easy to install for mobile mounts like RVs. So, you can’t walk around with it, but it’s compact. You can buy it here.

Rockpals 100W Foldable Solar Panel: As the name says, this panel is 100W. It features three USB ports, so you can charge up devices that accept solar charge right off the panel. It weighs five pounds and folds up so it’s easily moved, but it might be a bit heavy for serious hiking. It’d be great if you were camping in one place. You can buy it here.

Goal Zero Nomad 14 Plus Solar Panel: This little guy is called Nomad for a reason: You can throw it in a bag and go. It only weighs about two pounds. At just 14W, you can charge phones, cameras, and other USB devices on it. You can buy it here.