California, which is seen as the leader in electric vehicle adoption in the US, is still nowhere near its goal to have 5 million zero-emission vehicles on the road by the end of the next decade.

The US is already lagging behind many other countries when it comes to electric vehicle adoption.

In terms of volume, the US is buying a lot of EVs because it’s such a large market, but the number is nothing compared to the amount of gas-powered vehicles being added on US roads each year.

EV sales are obviously behind smaller nations who have taken clear leadership in EV adoption, like Norway or Iceland, but it’s also behind some bigger markets like China, the UK, and Canada.

According to registration data, the US ranks 15th in electric vehicles as a percentage of total vehicle sales: 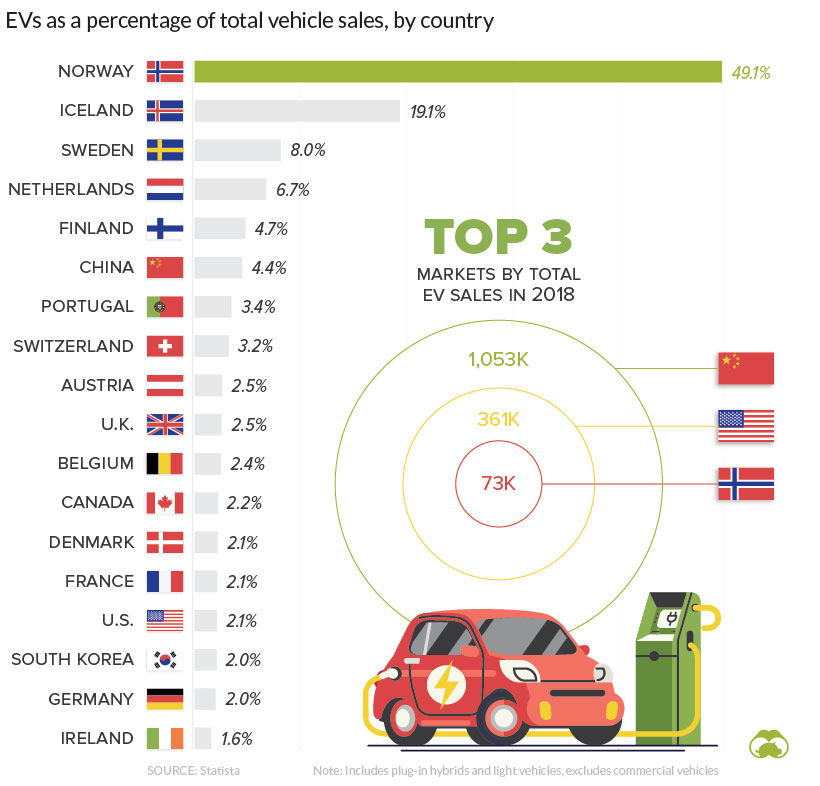 But the US wouldn’t even make the list if it wasn’t for California, the biggest EV market in the US by far.

California has been pushing for electric vehicle adoption for decades, sometimes more aggressively than others, but its latest goal as part of its ZEV mandate is to have 5 million “zero-emission vehicles” on the road by 2030.

A new report from the California Center for Jobs and Economy shows that after a decade, the state is at about 11% of its goal: 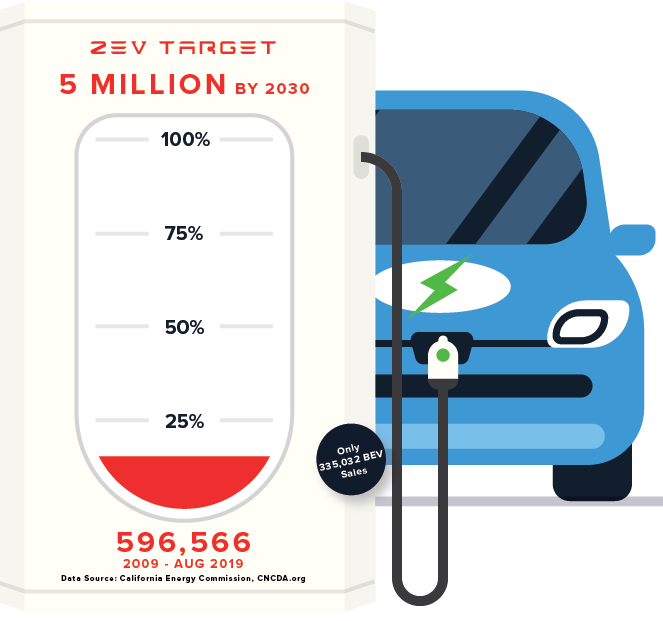 Ironically, the mandate talks about “zero-emission vehicles”, but it actually accounts for PHEVs, which produce tailpipe emissions.

The report states that if they were to only count BEVs, the state would be at only 6.7% of its goal:

“Using this more flexible interpretation that includes both true ZEVs and combustion PHEVs, total PEV sales since 2009 account for 11.9% of the 2030 goal. True ZEV sales, however, account for only 6.7%.”

As we reported last month, Tesla’s sales are also what is keeping the electric car market in California alive.

The new report came to a similar finding:

“Tesla sales volume in this quarter for California dipped to 19,594 (17,200 of which were Model 3), or 73% of all BEVs sold in the state, illustrating the extent to which fulfillment of the state’s policies remain heavily dependent on the sales performance of a single company if not a single car model. Chevy Bolt, generally in the same price range as Model 3, shows only 2,197 units for the quarter.”

The good news is that several more electric vehicle models are coming to the market in the next few years and they should energize the EV market in California and the rest of the US.

That’s despite the fact that California has some of the most generous EV incentives in the US, including a direct rebate, carpool lane access, and more.

However, I think electric vehicle availability is the biggest factor.

California is also leading the US on that front with its ZEV mandate forcing automakers to offer their EVs in the market, but I think they should greatly accelerate the mandate.

It should be as aggressive as the Chinese mandate if not more aggressive.

While California might not have the same appeal as the Chinese market in terms of volume, I am betting that automakers wouldn’t give up on it and would accelerate their EV programs.