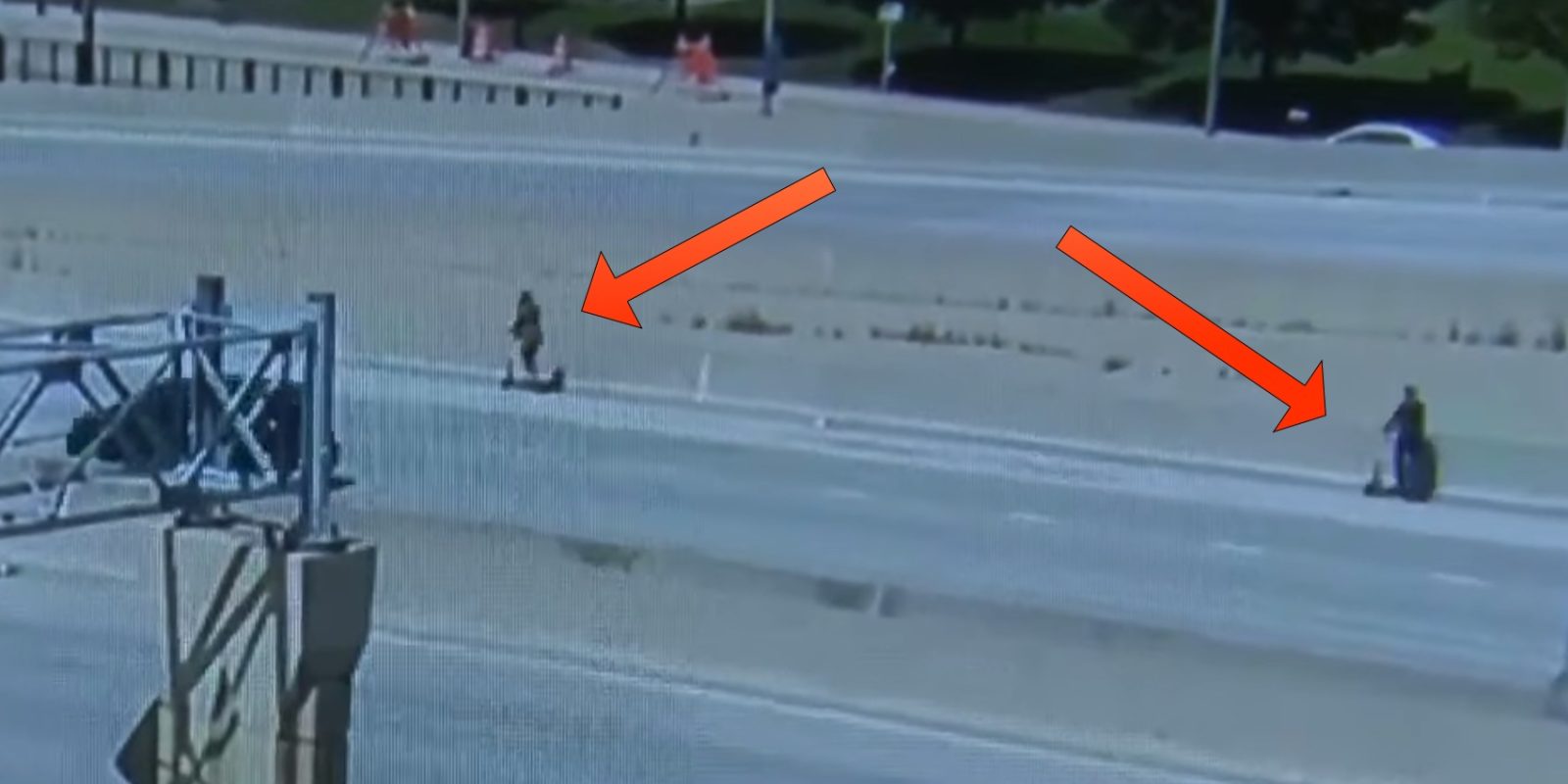 The trio, who were on vacation from Texas, picked up Bird scooters to go visit the Harley-Davidson Museum in Milwaukee.

Apparently, they were using GPS directions on their phone, but the directions told them to take the interstate — which they did.

Once they got on I-94, heavy traffic backed up behind them. They then attempted to ride their electric scooters in the breakdown lane before eventually being pulled over onto the grassy shoulder by a police officer.

The three were fined $204 and given a lift off the highway by the police.

Obviously, this is pretty ridiculous and should never be attempted. The three Bird scooter riders not only put themselves in danger but also could have caused a serious accident that injured or killed other innocent people on the interstate.

You have to wonder why there aren’t better failsafes to prevent these kinds of occurrences. Electric scooters are already geofenced in many areas of cities to prevent them from being used in off-limits areas.

While that might be trickier with narrow interstates, especially in cases where paths run parallel to interstates or cross them with overpasses, it seems like the scooter companies should have some way to prevent their vehicles from winding up in such dangerous situations.

And no, I don’t think Darwinism is the correct answer here.

What do you think? Should the scooter companies be able to stop this kind of misuse? Is it the responsibility of riders to not blindly follow their GPS onto an obvious interstate on-ramp? Let us know in the comments below!