Porsche has been protecting the Taycan’s interior ahead of the official launch of the production version, but it is now teasing the Taycan interior with the first official image.

It’s based on the Porsche Mission E Concept unveiled in 2015.

The Mission E was almost unanimously praised for its incredible design, but the production version, which will be unveiled on September 4, is expected to be somewhat toned down from its concept.

Over the last few years, we have seen a few heavily camouflaged test mules of the Taycan, and they give us a decent idea of what the exterior of Porsche’s first electric car will look like. But the automaker has been protecting the interior, even barring people invited to test rides from releasing pictures of it.

There have been a few leaks, but it now appears that some of those were only renders.

Now with the announcement that Porsche partnered with Apple to offer Apple Music streaming directly inside the electric car, the German automaker released the first official picture of the interior of the Taycan: 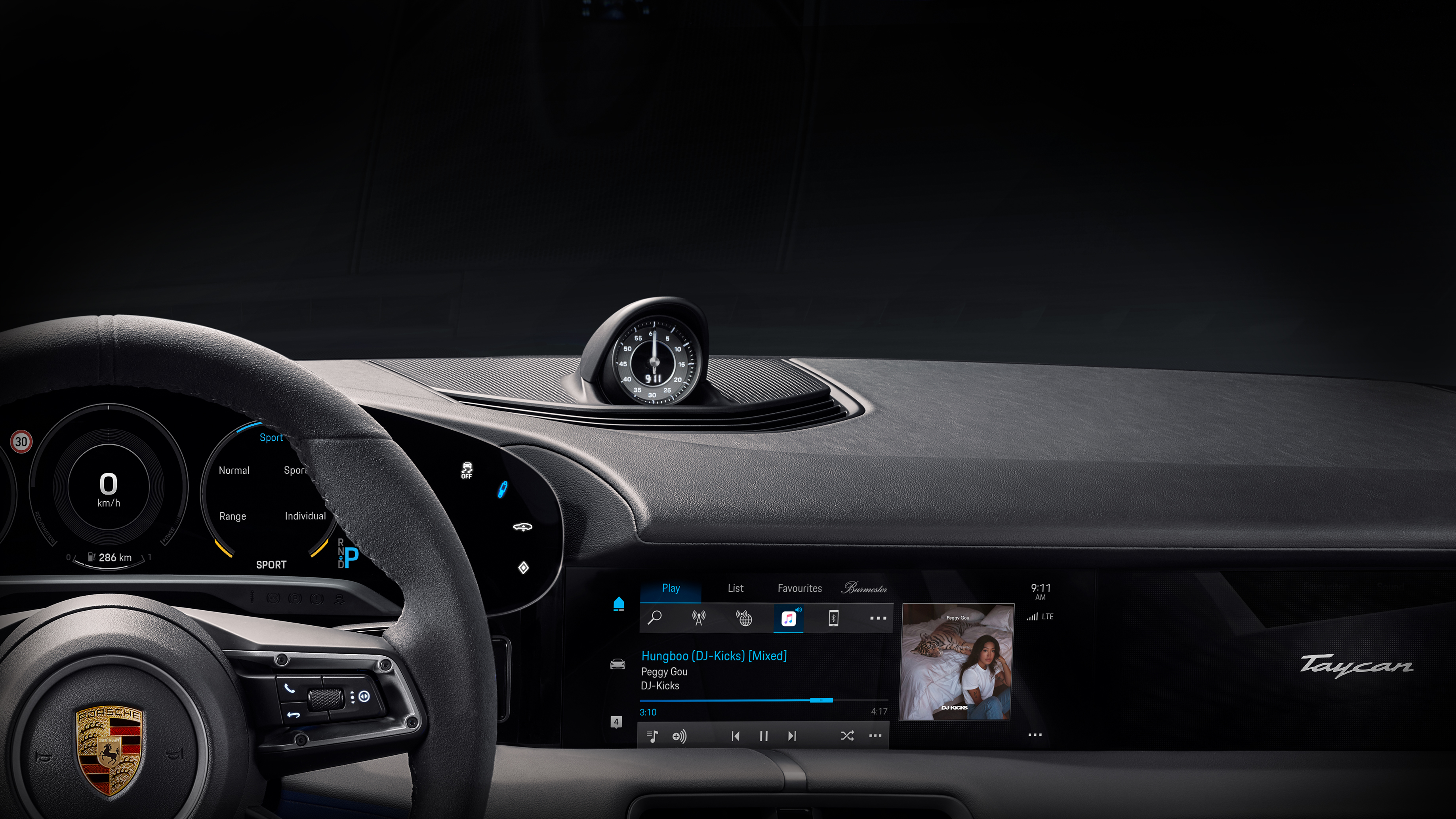 While the image is strategically taken not to reveal too much, it does reveal most of the instrument cluster and the main infotainment screen.

At least based on this section of the interior, it looks somewhat similar to the original concept:

Porsche appears to have removed some of the screens in the instrument cluster, and it’s not clear if the infotainment screen extends to the passenger side like in the concept.

A third main control touchscreen is still expected in the center console.

We shouldn’t have to wait too long to see the full interior.

Earlier this month, Porsche confirmed that it will unveil the production version of the Taycan on September 4.

In the weeks ahead of the unveiling, the German automaker has been teasing the power and endurance capabilities of the electric car.

Most recently, Porsche released the results of a Taycan endurance test at high speed for 3,425 km (2,128 miles) in 24 hours.