This electric motorcycle-lookin’ thing is actually an Italian electric bicycle

Yes, that’s right. Despite this looking like a seriously badass electric motorcycle, it’s really an electric bicycle. Known as the Moto Parilla, these intense looking electric bicycles are sure to turn heads and lighten wallets.

Just this month I was riding around on a pair of them in the Lectric XP and the Super73 S1. And you can find several other options for under $900 on Amazon, further demonstrating the popularity of electric fat tire bikes these days.

The difference is that those bikes don’t look anything like the Moto Parilla. Oh, and that they each cost around $5,000 to 7,000 less than the MotoParilla. But more on that in a minute.

The Moto Parilla is available in a number of variations, but they all share one thing in common: They’re ultra-premium electric mountain bikes that are actually designed to be pedaled.

Unlike the Super73 above that is basically a fun little electric moped, the Moto Parilla bikes are designed for the trail-riding enthusiast that can afford to drop an absurd amount of money on a crazy electric mountain bike. These pedal-assist bikes are actually meant to see some real trails – and really be pedaled. No hand throttles here.

The bikes are built on a mixture of carbon fiber and aluminum frames and feature full suspension. They offer a variety of ultra-high end shocks as well as that impressive looking girder suspension fork up front.

Those giant Maxxis 4.8″ tires are sure to roll up and over just about any obstacle in your path.

Speaking of the motor, it’s actually a bit paltry compared to the massive and aggressive look of the bike. Motor options on the semi-affordable model range from 250 W to 750 W depending on the country of sale. While that’s of course meant to keep the bike legal (and trail accessible), it certainly doesn’t sound like much compared to other electric mountain bikes that sometimes pack in as much as 4 kW of power.

But with only 650 Wh of battery, 4 kW might be a bit overkill for the Moto Parilla.

As you’d expect from any premium e-bike, there are a number of fancy features included on the bike. The Moto Parilla’s saddle is handmade with stitched leather and the frame includes a custom integrated tail light built right into the frame. There’s also some serious scarcity, as these e-bikes aren’t mass produced either.

On the other hand, the bikes sport the same front headlight as my $1,500 Rad Power e-bikes, so I’m scratching my head a bit on that one. 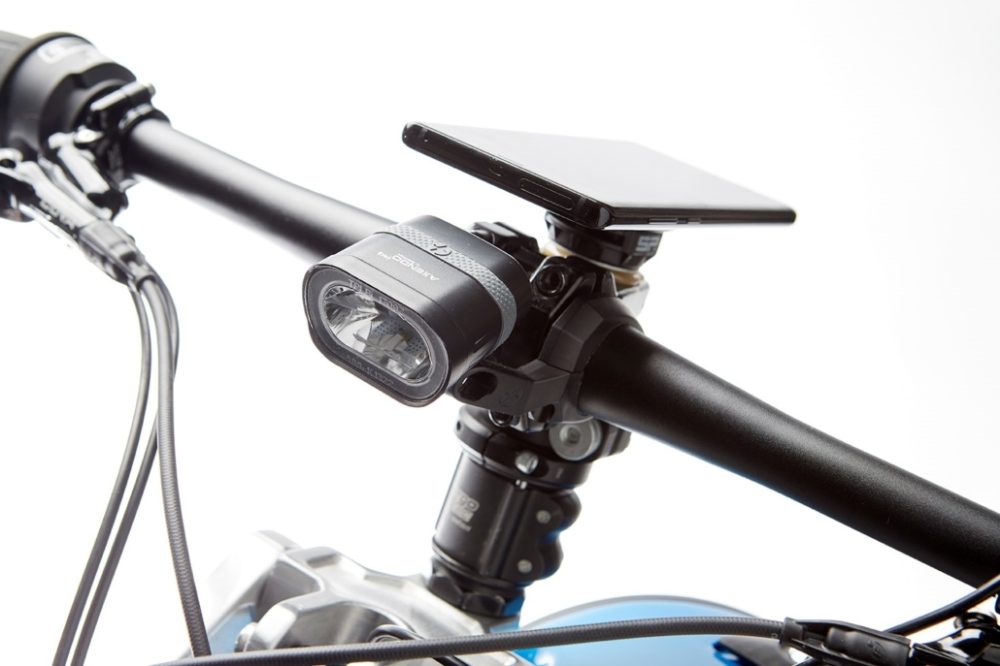 The most modestly priced bikes range from $7,288 to $7,603 in the US. And that’s for the Limited Edition Moto Parilla, of which they are making 130 units this year, individually numbered.

If you want to get even more exclusive, you’ll want one of the Anniversary Edition bikes. They are only making 15 and they’ll set you back $10,869. But they do come with a more powerful 1,000 W motor, so there’s that. 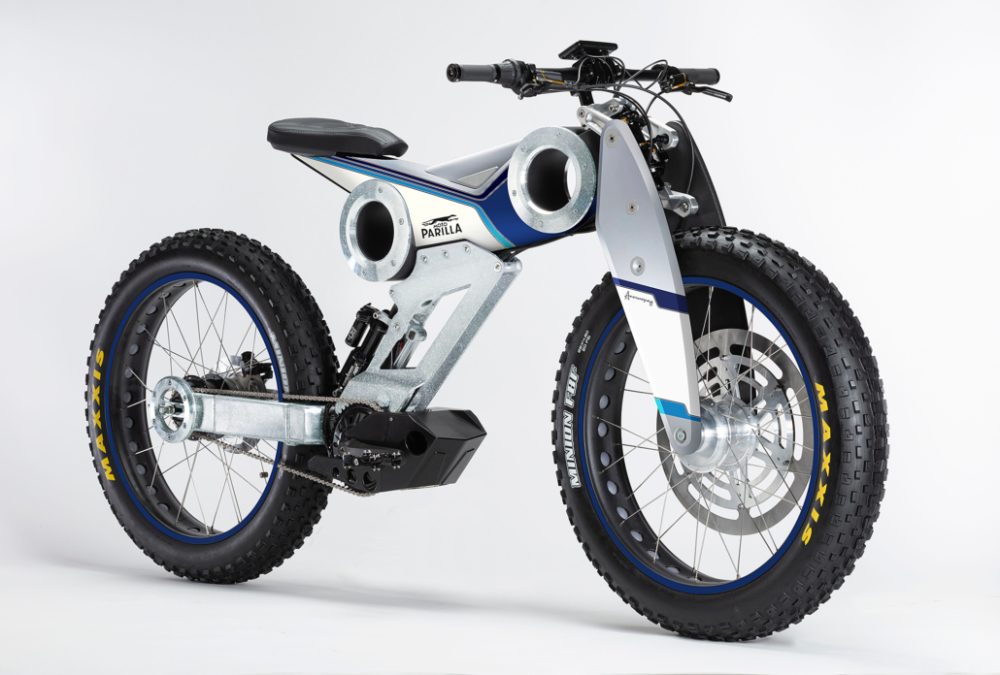 I love that these bikes exist, but obviously that’s a ton of money.

I’ve got to give them credit though – they actually show the bikes being ridden in some pretty tough conditions.

A lot of ultra-premium e-bikes seem to be designed to look good on a wall and serve as a status symbol. But I could see these tearing up trails quite nicely with those components. At 38 kg (84 lb), they might be a bit heavy to get too technical. But I’d be lying if I said they don’t look like fun.

Of course if I owned one I’d be afraid to take it out of the garage based purely on the price, so there’s obviously a limited market here.

What do you think of the Moto Parilla? Let us know in the comments below.