What happens when you set out to build an electric motorcycle using a pile of mountain bike parts? You get the SEM Adventure, a lightweight 4 kW electric bike with functional pedals designed to do things that neither electric bicycles nor dirt bikes should be able to do.

The SEM Adventure is an Italian-made e-bike from Agazzini.

While it may look like an aggressive electric mountain bike at first glance, the SEM Adventure keeps one wheel firmly routed in the electric motorcycle world.

That’s thanks to its extreme motor power and dual-drive setup that puts a typical pedal-powered chain drive on the right side of the bike and a motorcycle-style Gates Carbon Drive belt setup on the left side. 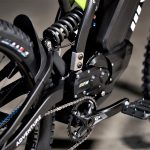 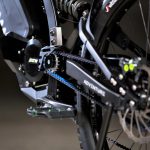 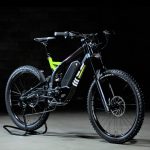 A deceptively small 4 kW mid-drive motor is mounted just above the bottom bracket. When paired with a 120 A controller and a 52 V battery, that motor is actually pulling just north of 6 kW peak. There’s also an ECO mode that drops the power draw down to a mild-mannered 2 kW.

With a battery packing just under 1 kWh of capacity, the SEM Adventure boasts a range of around 50 km (31 mi). That might not sound like much, but that 50 km rating is with an elevation climb of 1.5 km (1 mi). Riders should get even better range on flat ground. Plus that 4 kW motor is no joke. At full power, it has the potential to decimate that battery capacity quickly.

The top speed of the SEM Adventure is a modest 60 km/h (37 mph). That’s not bad, especially considering this bike wasn’t built for speed — it was built for climbing. And the trade-off for a somewhat lower speed is extreme torque in the neighborhood of 130 Nm (96 lb-ft). Just watch the SEM Adventure e-bike in action below to get an idea of what that kind of torque can do.

Of course, the lightweight design of the SEM Adventure certainly helps with the climbing as well. The entire bike weighs in at just 28.5 kg (63 lb). That’s lightweight for a decently powerful electric bicycle, not to mention an electric motorcycle. 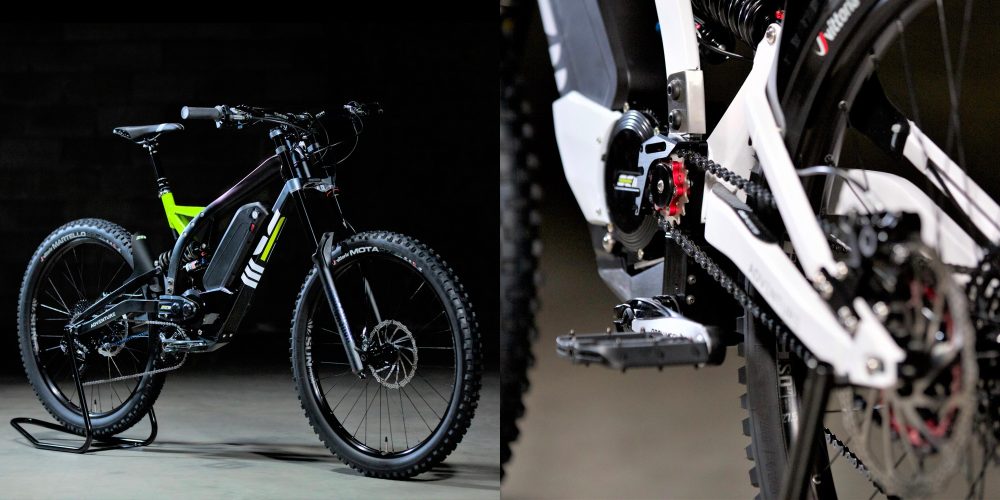 Look, there’s no way I’m going to buy one of these. But I still love what it can do.

If I lived close to some awesome trails and wanted to be able to toss my dirt bike in my car and head over on a whim, the SEM Adventure would be tempting to me. The ability to both get some exercise by powering myself up a mountain or to get lazy and grab a handful of throttle while staying on the same exact bike is a pretty cool prospect.

With the weight on an electric bicycle and the climbing potential of a mountain goat, I could have some serious fun on this bike. But at its current price, that fun will likely stay firmly rooted in my imagination.