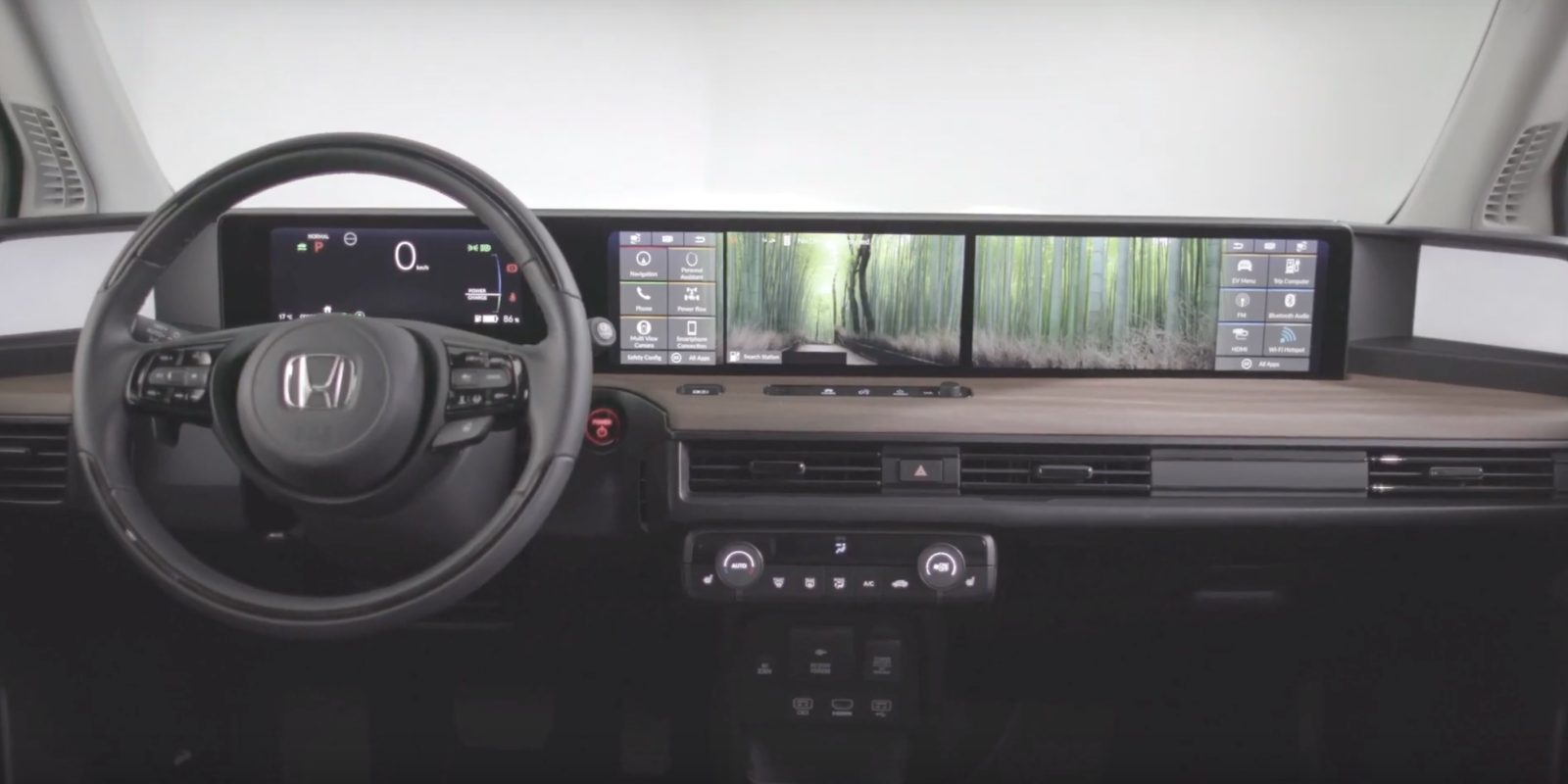 Honda stresses that this is the dual touchscreen experience found in the Honda e prototype, though the upcoming production version of the EV is believed to be nearly identical to the prototype.

The brief video shows how a driver can interact with the widescreen, as the second screen is out of reach for the driver. The demonstration shows a drag and drop function to customize the experience and folders for various settings.

A driver can choose to move items on the near screen over to the far screen and back again. The video also gives a glimpse of the car’s navigation, voice assistant, how it visualizes the charging progress, and more.

In May, Honda started taking reservations with refundable deposits for the Honda e in select European markets. Made for Europe and Japan, the automaker hasn’t given any indication the Honda e will ever make its way to the US.

Here’s the full video demonstration of the e’s dual touchscreen: