Extreme E unveils Odyssey 21, an electric beast of an SUV built to race in extreme conditions 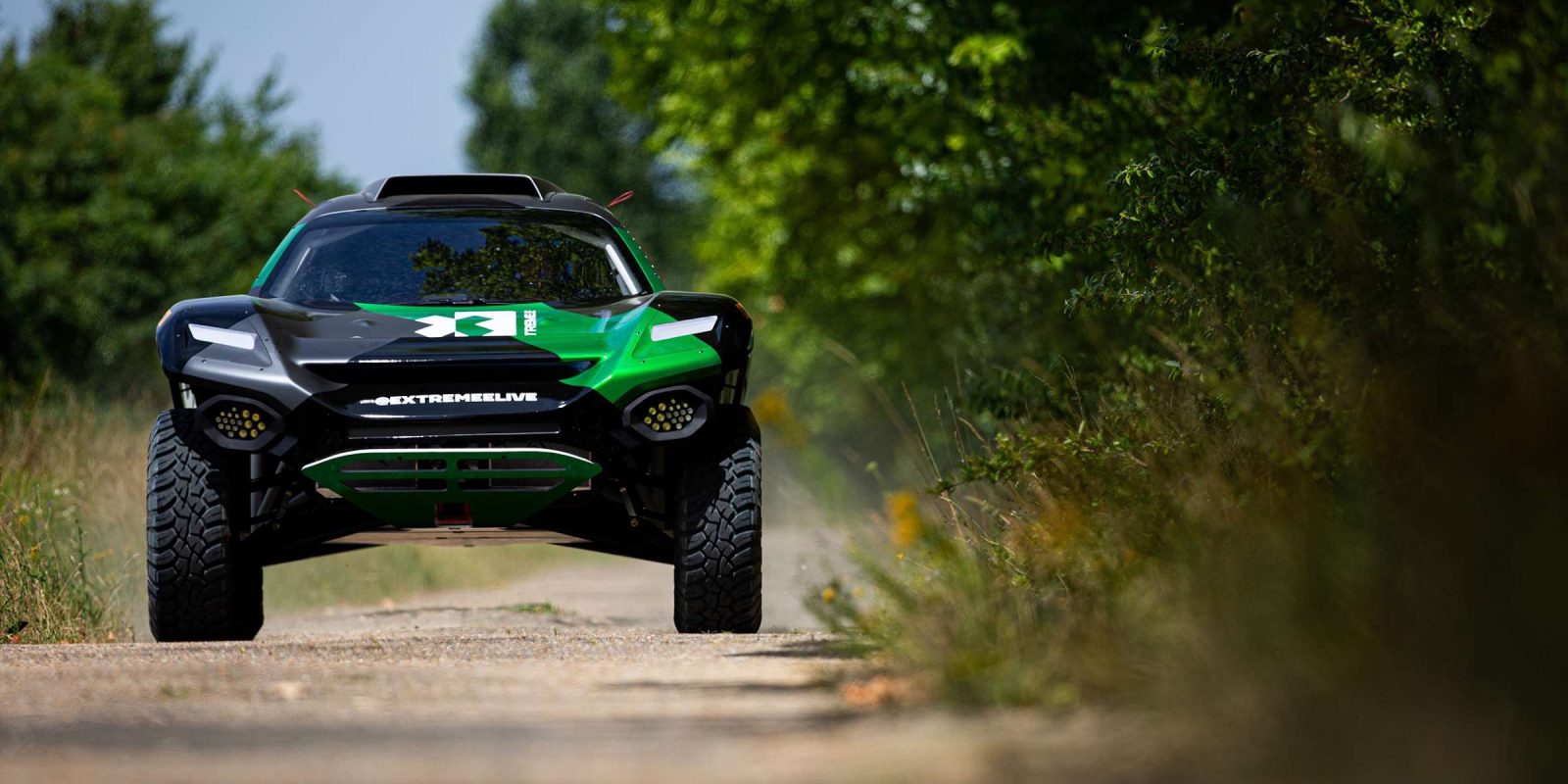 Extreme E, an upcoming racing series that will see all-electric SUVs competing in extreme environments around the world, gave us the first glimpse at its vehicles today with the unveiling of the Odyssey 21.

The Odyssey 21 was manufactured by Spark Racing Technology, with a battery from Williams Advanced Engineering. It uses a niobium-reinforced steel alloy tubular frame, with a raised suspension and huge off-road wheels. Continental will supply the tires.

The recently completed Odyssey 21 prototype is considered a base model for Extreme E. The series notes that “teams will be able to test and develop their own powertrain and select areas of bodywork, such as engine cover, front and rear bumpers, side skirt, and lights in a bid to replicate everyday car models.”

Testing of the prototype will begin in September, with 12 cars set to be delivered by Spark Racing Technology by next March. Group testing will start shortly after that, with the opening race in the Formula E-associated series expected in early 2021.

The Extreme E-SUV ODYSSEY 21 is unlike anything else in motorsport. The cutting-edge technology our industry-leading partners have employed in its design and construction has resulted in a stunning car, capable of the highest performance in the toughest and most varied environments on the planet. Extreme E’s combination of top-level sporting competition and ultra-demanding environments will also prove to be a significant research and development platform for manufacturers, driving further advancements in sustainable mobility.

Agag also alluded to the five planned racing locations for the Extreme E series when it begins in 2021:

Whether it’s in the Arctic, Himalayas, Amazon, Sahara, or on Indian Ocean Islands, this car will showcase the ability of E-SUVs, not only to motorsports enthusiasts, but also to consumers who are looking to make their own difference to the planet by choosing an electric SUV.

Extreme E released a few more photos of the Odyssey 21:

If that’s not enough for you, Extreme E also released a short video of the Odyssey 21 in action:

Everything about this is cool. The Odyssey 21 is a monster, and watching vehicles like this tear through Extreme E’s rough terrain can destroy whatever misguided notions may still remain about electric cars being weaker, lesser, etc.

Extreme E’s idea of bringing its races to different areas that have been affected by climate change is also a great way to raise awareness and push its “race for the planet” mission forward.

We can’t wait to see how Extreme E’s SUVs take shape as the races approach in 2021.