This eROCKIT 50 mph (80 km/h) electric motorcycle has pedals… but why?

Electric motorcycles designed for urban riding are becoming an increasingly popular option. And electric bicycles are selling better than ever. But what happens when you combine the two? You get the eROCKIT, apparently. And yes, it is as odd as it sounds.

The eROCKIT is one of those “Ok, but why?” type of vehicles.

I’ll let the eROCKIT team describe it in their own words:

“The eROCKIT is an electric motorcycle that is revolutionizing the electric mobility industry with its intuitive drive system. The eROCKIT is as easy to operate as a bicycle but has the performance of a motorcycle. With a few kicks in the pedals one can achieve a breathtaking acceleration and speeds of over 80km/h (50 mph).

The fast and electric driving feel provides by far the greatest fun factor in the electric bike segment and is fundamentally different from all known electric bicycles, electric scooters and electric motorcycles.” 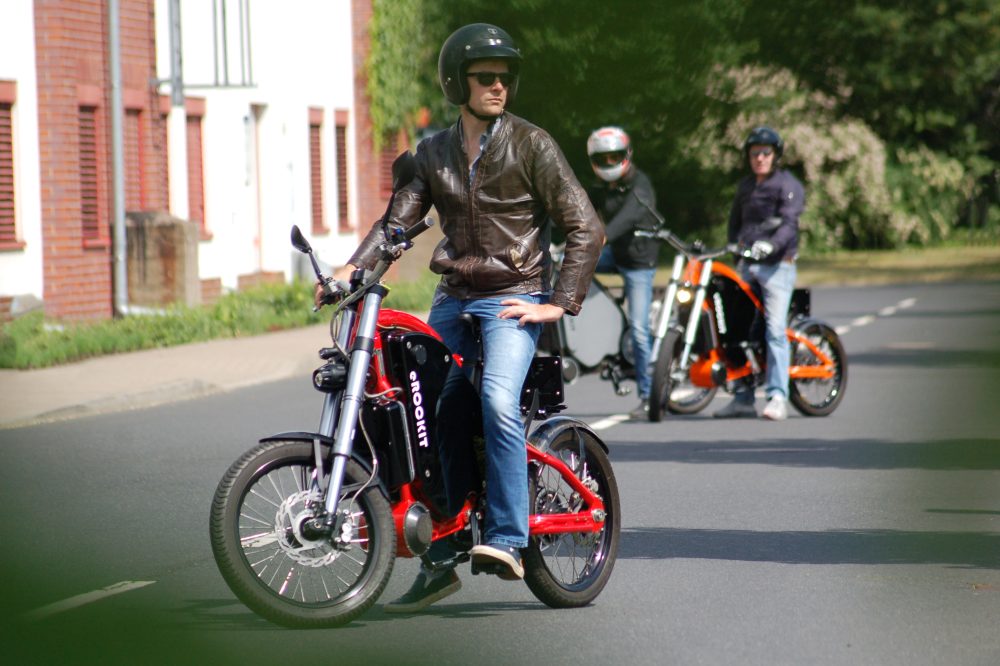 So it’s basically an urban electric motorcycle that has additional bicycle pedals. But the pedals aren’t connected to the rear wheel via a standard bicycle chain setup. Rather, they seem to power a generator that can measure the human power output and use that to regulate how much actual motor power is being applied at the rear wheel.

The bike’s 6.6 kWh battery pack offers a claimed range of 120 km (75 mi), so it seems that you could be pretending to power the eROCKIT over some pretty impressive distances. 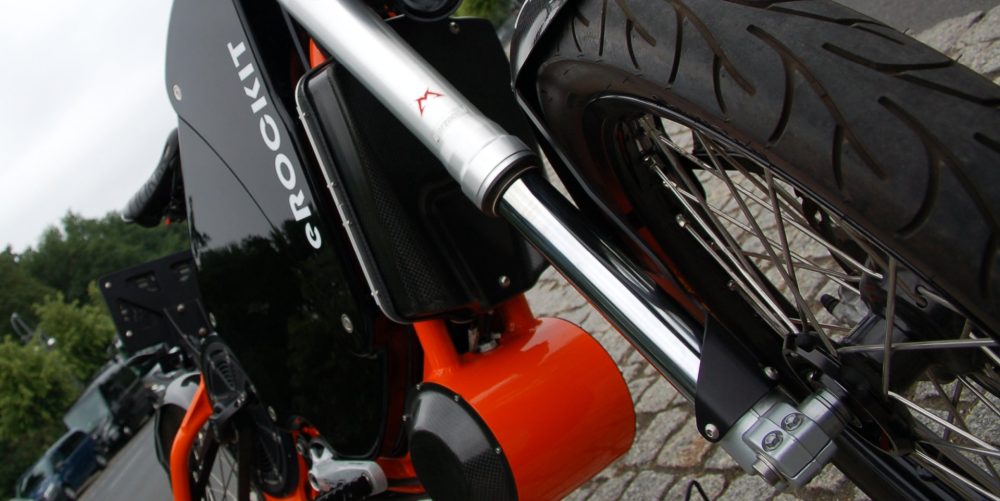 The eROCKIT is German-made and even comes with a slew of awards to its name, including a Red Dot Award. Germans can already order the eROCKIT, but everyone else will have to wait until at least 2020. That’s when the company plans to begin exports. 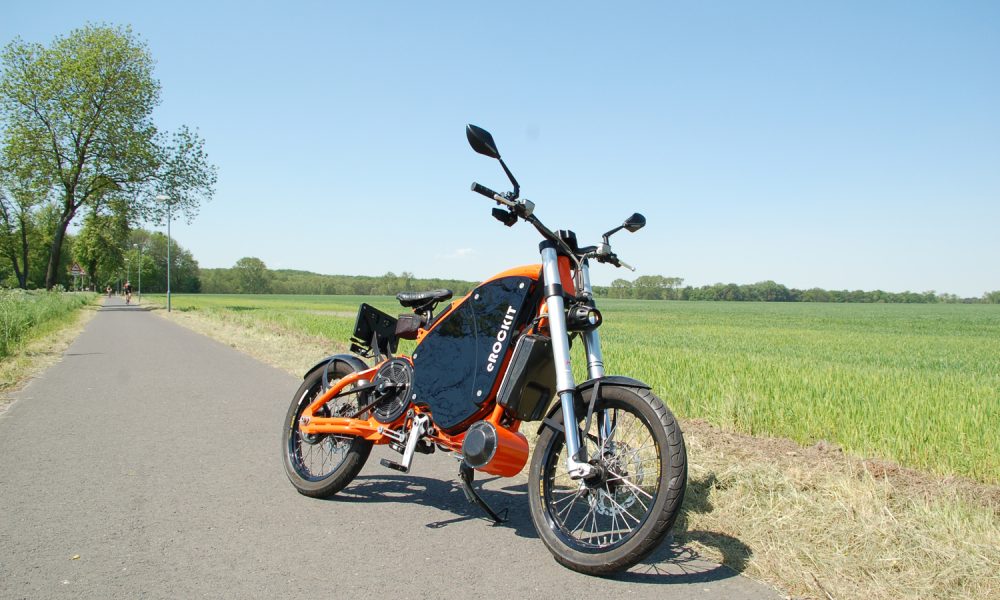 I mean, props for thinking outside the box, right?

I’m not really sure who the target market for this thing is. For a couple thousand dollars less, I’d rather have a Zero FXS electric supermoto that goes faster and farther. Or for this price I could buy a 135 mph (217 km/h) Lightning Strike electric motorcycle.

Of course you wouldn’t have something this unique with either of those, and maybe that’s what the Germans were going for? I’ve seen people buy oddball e-bikes just to have a conversation starter. But that’d have to be an extremely riveting conversation for €11,850.

And what kind of efficiency are we talking about here? How much do I have pedal to make the eROCKIT go? If it’s a significant amount, then I don’t really want to work that hard. If it’s a meager pedal spin or two, then why are the pedals there in the first place?

I don’t know, folks. I give just about every e-bike a chance (did you see the crazy three-wheeler I rode last month?), but this one might be just a bit too weird even for me.