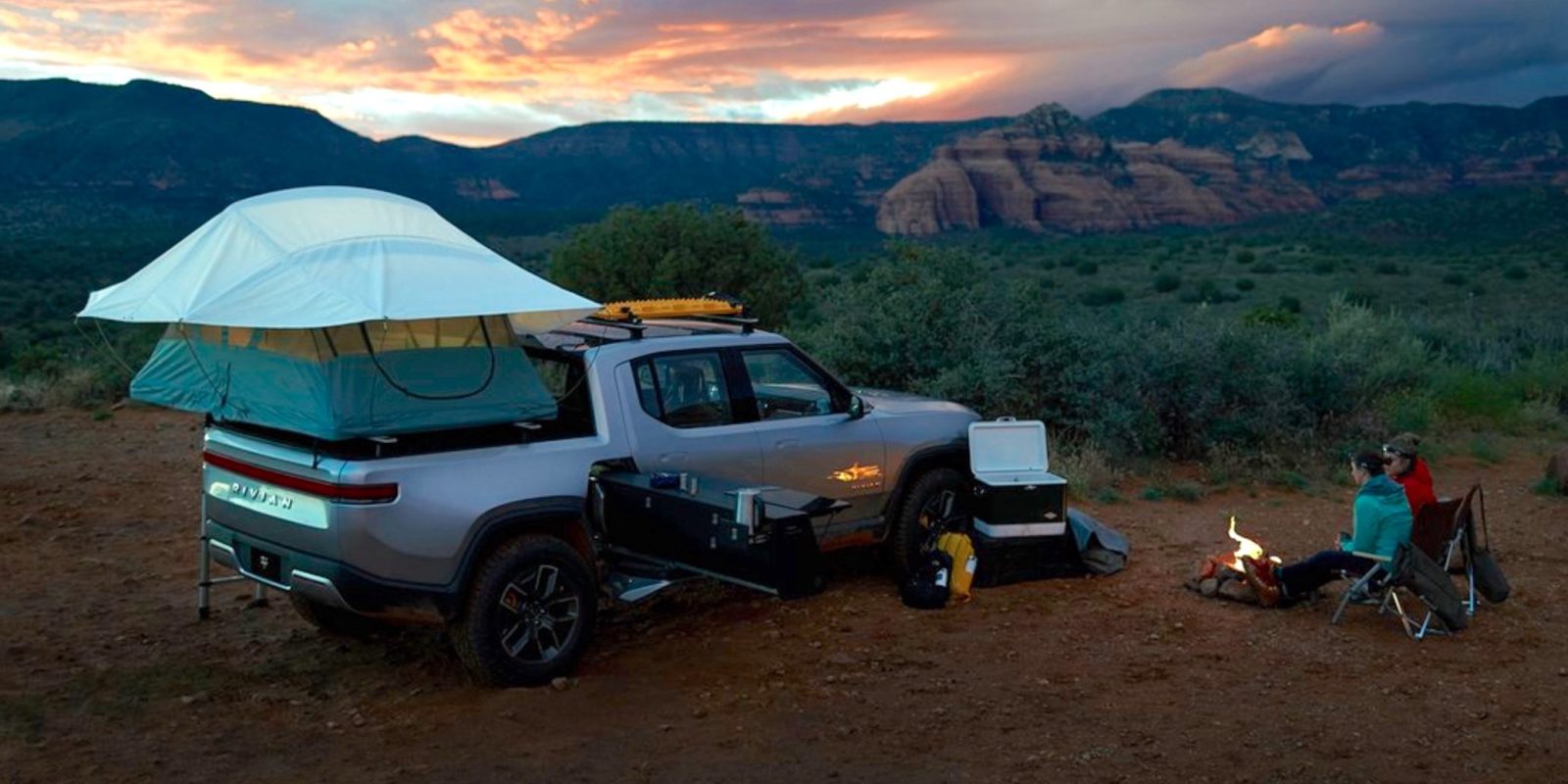 Rivian is creating a lot of hype for its R1T electric pickup truck by showcasing the “adventure” side with its camper configuration.

Pickup trucks are the most popular vehicles in the US and their electrification is expected to have a great impact on the advent of EVs in the country.

In some ways, Rivian has found itself at the forefront of this important move to electrify trucks.

Rivian is differentiating itself from the upcoming competition by designing and marketing the R1T as an “adventure vehicle”.

With a battery pack configuration of up to 180 kWh, the pickup can have a range of up to 400 miles, which can really enable some adventures.

Furthermore, they have been working on some modular box systems to offer many different options for owners to find different use cases for the electric pickup truck.

One of those possible configurations can result in a zero-emission camper version of the R1T electric pickup truck.

Rivian unveiled it at the Overland Expo last month and it has since sent out staff members on a camping trip in Arizona (via Twitter) to showcase the camper configuration of the vehicle.

Here’s the R1T electric pickup truck geared up with the camping equipment:

Once they reach their camping grounds, they can deploy the tent and unload their equipment.

Here are a few pictures of the setup that Rivian released through social media:

Rivian says that “users can light their surroundings and cook using the vehicle’s power for over a week using only 20 kWh– or 11%– of the largest 180kWh Rivian battery pack.”

One of the coolest features of the camper configuration of the R1T is the camping kitchen system that fits inside the storage tunnel between the bed and the cabin of the electric pickup truck.

Here are a few images of the Rivian staff using the system on the trip:

The Rivian R1T will start at $69,000 before incentives in the US and it will go into production next year.

My take is that this looks awesome and I’m jealous.

There’s something so appealing about the idea of a zero-emission camping vehicle. It’s just a whole new level of freedom, especially if you add a power source like a deployable solar panel system.

Maybe that’s the next move.