Tesla has sold a CHAdeMO quick charge adapter for Model S and X for a while now.  When Model 3 hit the road using the same plug as the S and X, people assumed the adapter would work with the Model 3, but early tests showed that it did not.

That seems to have changed today with an update to Tesla’s shop, which now states that the Tesla CHAdeMO adapter is compatible with “the North American version Model S, Model X, and Model 3.”  It has also been added to the “adapters” section of Model 3 accessories.

Update: not long after this post, Tesla changed the text in their shop again, and it now states that “CHAdeMO is not compatible with Model 3,” contradicting the page from earlier today (which you can see via Wayback Machine).

All three cars do work on Tesla’s own Supercharger network, which is currently the gold standard of the public quick charging experience.

CHAdeMO is another plug type which is very common in Japan, though less common in the US and EU.  Most automakers have moved to SAE CCS for quick charging, with only a few Asian holdouts still including CHAdeMO inlets on their cars.

Tesla states that their cars will eventually be able to charge on all “compelling” public quick charge networks, in addition to its own Supercharger network, but we haven’t had a definite timeline on when that would happen.  Recently Tesla released a CCS adapter for the European Model S and X, though that adapter is not available in North America (at least not yet). 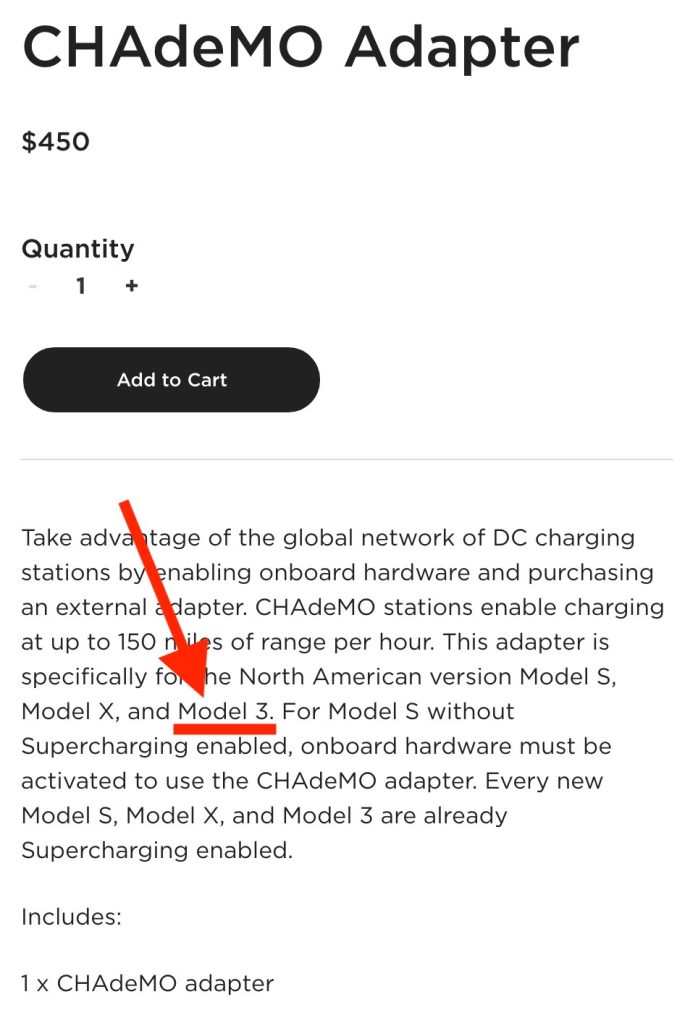 We contacted Tesla about this change but received no immediate response.  So far we’ve heard of no owners testing their adapters on a Model 3 for compatibility, and we don’t know if it is enabled yet or will need to be enabled through a software update.  If you’ve tried this yourself, feel free to leave us a tip through our contact page or email tip@electrek.co.

UPDATE: Tesla has changed their website again, removing the text stating that the CHAdeMO adapter is compatible with the Model 3. The site now states that “CHAdeMO is not compatible with Model 3.”  The item still appeared in the “adapters” section of the Model 3 shop, as seen in the screenshot below, but has now disappeared from that section as well. 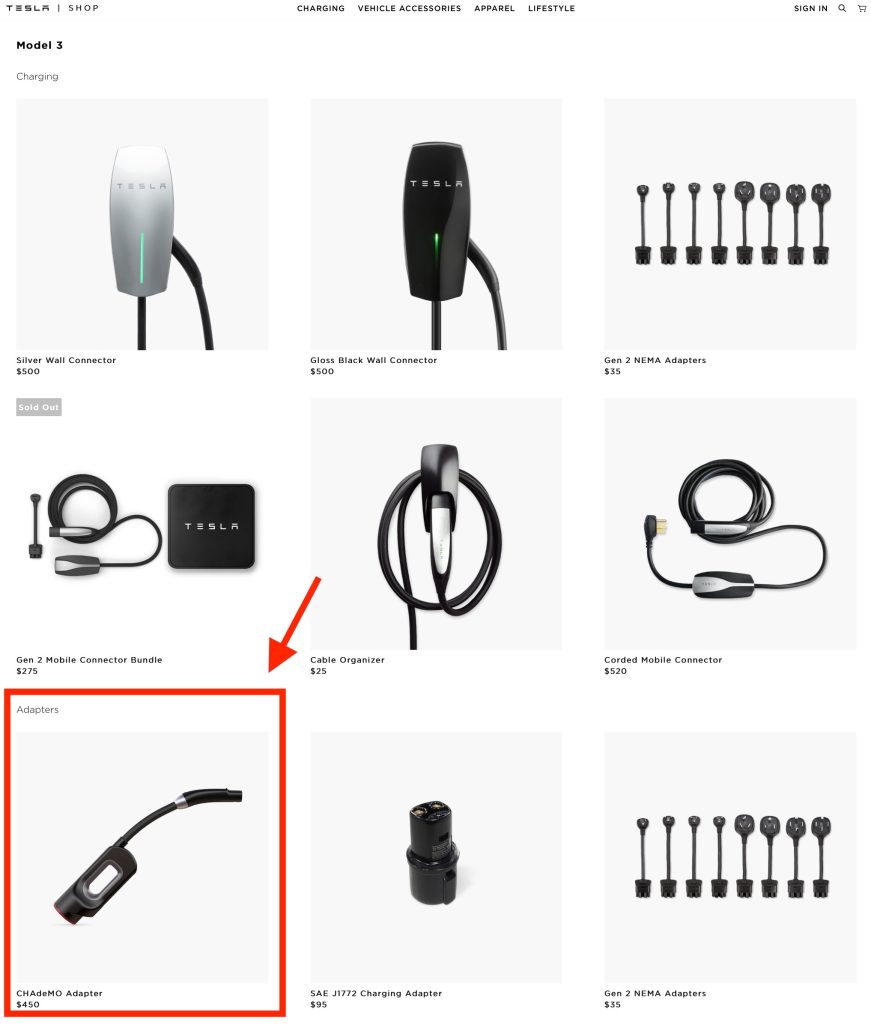 For many, quick charging is a necessary capability for an EV.  Even if, realistically, most owners spend little time charging and will leave home with a full charge every morning and not need to quick charge during the day, the perception is that if charging takes longer or is less publicly available than gas stations, then an EV is a non-starter.

So anything that makes charging easier, expanding availability or adding access to high-speed charging for owners is a good thing.

This wont be necessary for most owners, as most will be perfectly fine with home charging every day and supercharging on trips, but for some owners this could help a lot.  So it’s great to see this finally available.