Xtracycle is no stranger to morphing cargo bikes. One of their most famous products is an add-on for regular bikes that stretches the frame into a long-tailed cargo bike.

But now the company is going one step further with their new Ready For Anything (RFA) electric bike that can easily switch from a standard e-bike to a cargo e-bike.

Cargo electric bicycles are great. As someone who gave up on cars a long time ago and gets around the city entirely on two wheels, cargo e-bikes are a gift from the heavens.

They can haul a lot of the big and bulky stuff that most people wouldn’t even consider putting on a standard bicycle. They can fit weeks worth of groceries and be used to carpool multiple kids to school.

The only problem is that long cargo bikes aren’t so much fun to ride when you aren’t actively using them for cargo. Stretched bikes don’t turn as tightly or maneuver as quickly.

So wouldn’t it be great if your long electric bike wasn’t always so, well… long?

That’s what the engineers at Xtracycle thought, which is why they came up with the Xtracycle RFA. 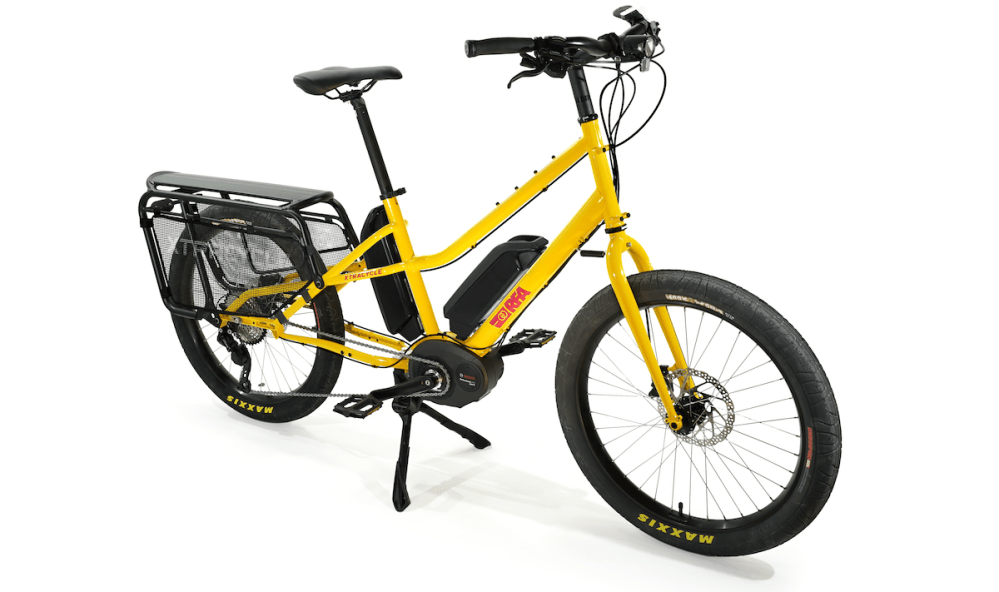 The Xtracycle RFA uses Xtracycle’s DynamicDrops system. Basically, it’s got a neat design with multiple dropouts built into the frame. That means you can change where the rear wheel is mounted with the help of your local bike shop, essentially lengthening or shortening the wheel base.

Need to haul a couple kiddos or pick up a pile of lumber? You’ll want the wheel mounted in the longer orientation. Prefer a more nimble by for running errands in the city that don’t require tons of cargo capacity? Chose the shorter configuration. 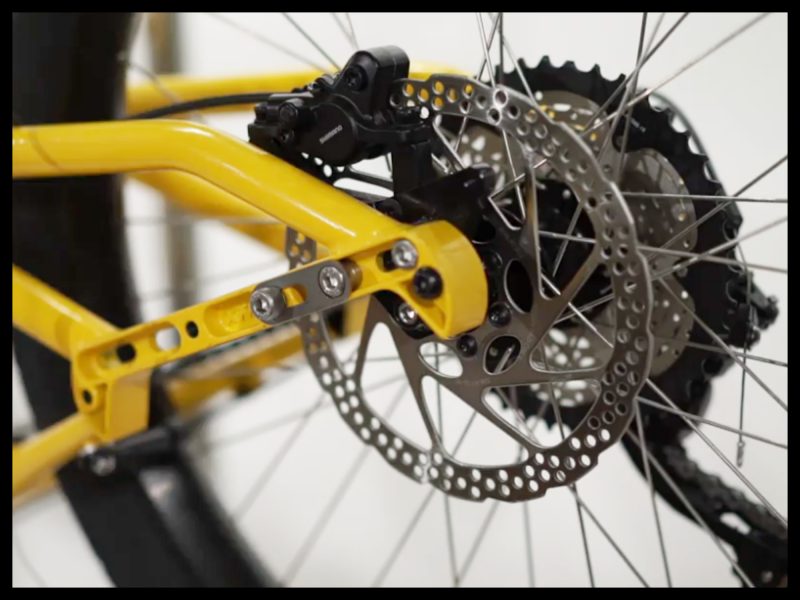 As explained by the company:

“In ‘short mode’ it has the wheelbase of a standard bicycle, and a zippy, agile feel. In ‘long mode’, the bike is a full mid-tail cargo bike, with a smooth, stable ride and able to carry two children and four panniers.”

That versatility has led to Xtracycle referring to the RFA as the first “future-proof” electric cargo bike. 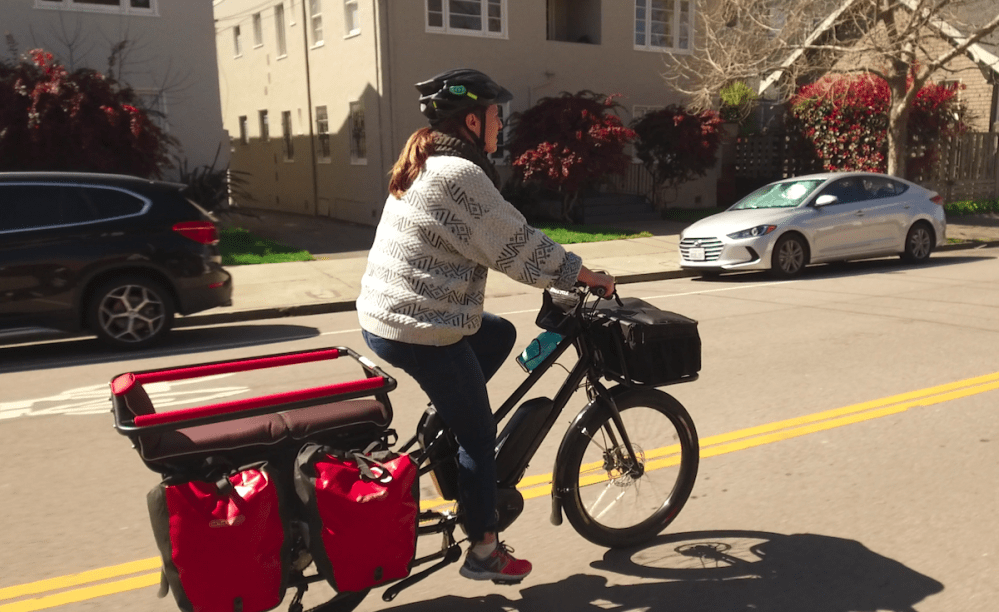 According to CEO and founder Ross Evans:

“By ‘future-proof’ we mean this is a bike that can grow and change to meet the needs of almost anyone, through all stages of life, from young to adult, through parenthood, into older age. We wanted this to be a bike that never became obsolete. We’ve always aspired to that, but with the RFA, we think we’ve pushed the idea further than anybody ever has with regard to bicycles.”

Xtracycle’s line of bolt-on accessories like additional racks, bench seats, double panniers and other gear all fit with the proprietary mounting system used across the company’s line of bikes, adding even more functionality to the Xtracycle RFA. 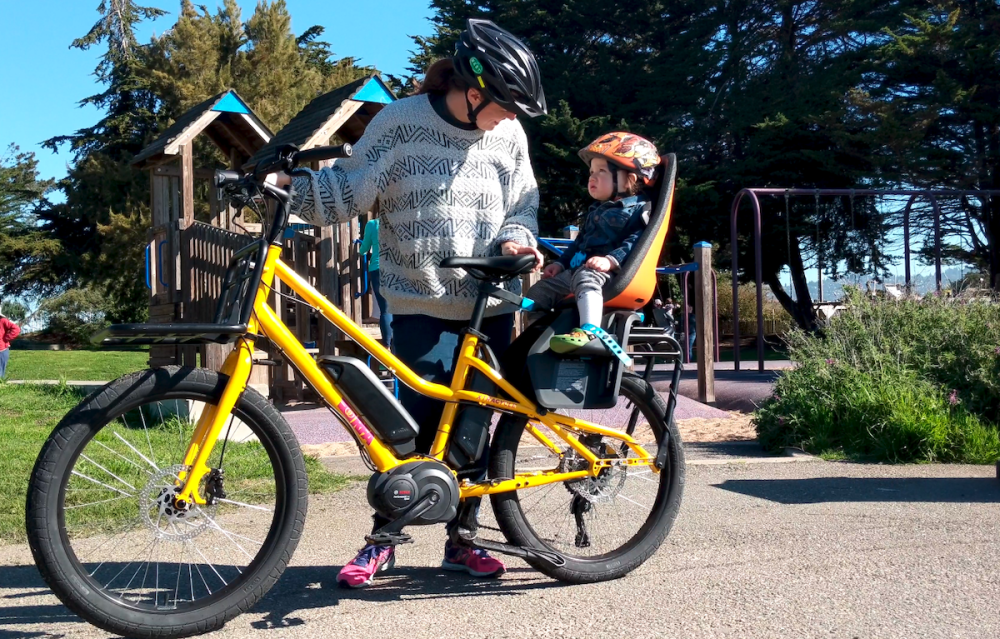 And above all else, the RFA is still an electric bike. It comes with options for either a Bosch Performance Line CX motor providing pedal assist up to 20 mph (32 km/h) or Bosch’s faster Speed Line motors that add assist up to 28 mph (45 km/h). Both motors are rated for 65 Nm of torque.

Riders also have the option to choose between a single 400 or 500 Wh Bosch Powerpack, or dual 500 Wh packs for a combined 1 kWh of capacity. 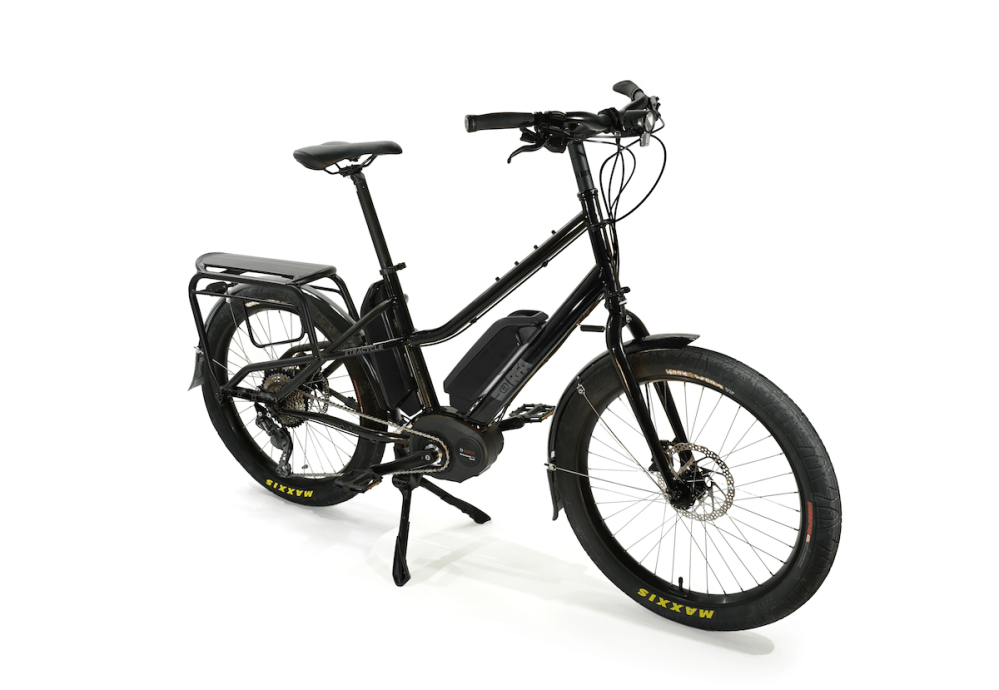 The entry level model with the 400 Wh battery starts at $3,997. If you go all out with 1 kWh of battery and then continue adding accessories, you can start approaching $6,000. But for those that really want to replace a car with a capable electric bike, the price may be worth it.

“Thinking about a bike as transportation, e-assist is a game-changer. Hills, heat, distance and time, things that might have been concerns on a regular bike, become non-issues. Yet electric-assist is an investment, and that’s why we wanted to make sure we created a bike that will hold its value in someone’s life for literally decades.”

What do you think of the Xtracycle RFA electric cargo bike? Let us know in the comments below!