GOTRAX is more commonly known for their popular and inexpensive line of electric scooters. But the company has recently moved into the electric bicycle market with their Shift S1 folding electric bicycle.

Check out our written and video review of GOTRAX’s new $799 e-bike below.

The GOTRAX Shift S1 may look like your standard folding electric bicycle, but there are some important differences when compared to most run-of-the-mill electric bikes.

The Shift S1 departs from the rest of the pack with its battery design and comfortable controls.

At $799, it is one of the most affordable full-size folding electric bicycles on the market. There are cheaper folding e-bikes out there, but they generally have much smaller wheels and lower top speeds. With 16″ wheels and a max speed of 32 km/h (20 mph), the Shift S1 combines the specs of higher priced e-bikes with the affordability of a budget folder. 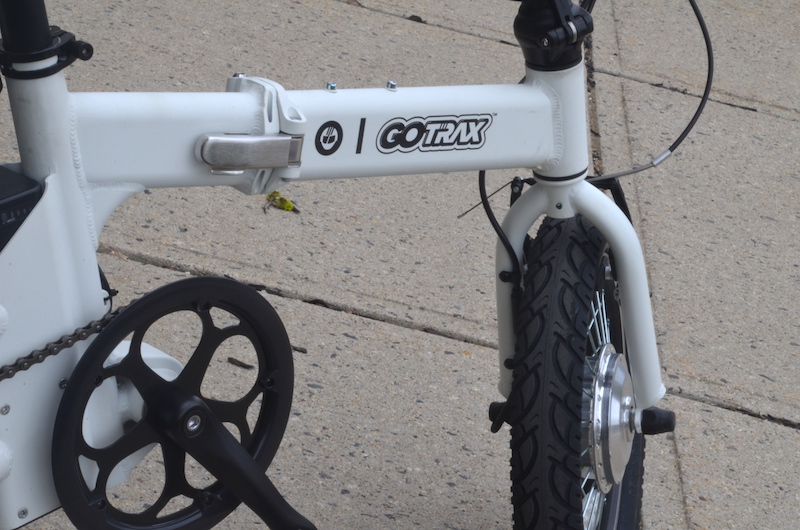 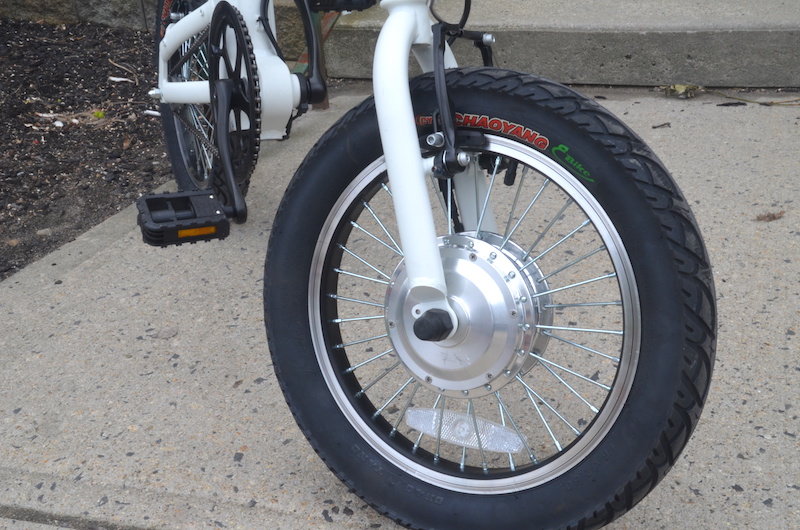 The S1 is fairly comfortable for a budget e-bike and has a decent amount of adjustability, including saddle height and handlebar height.

To operate the bike, you have to pedal for a second or so before the thumb throttle becomes active. This is often a cost and energy-saving measure designed into electric bicycles and scooters. Being able to start the motor from rest requires extra sensors and higher battery power. Starting the motor while it is in motion removes the need to install extra sensors in the motor (and thus removes one more possible failure or maintenance issue) and also eeks more range out of the battery by putting the energy intensive initial startup responsibility solely on the rider.

The downside is that if you have to start on an uphill, you won’t get any assist for that critical first push-off. You can hit the throttle after a second or feel the pedal assist kick in though, so you won’t be sweating it out too long.

Once you’re moving, you have full control of the throttle, even after braking (as long as you don’t come to a stop).

The motor isn’t insanely powerful, but it gets you up to full speed quickly enough. I never felt like the bike was underpowered. The motor does make more noise than a lot of other hub motor bikes I’ve ridden though. There’s a definite whirrr to the motor caused by the internal plastic gears. While all geared motors will have some level of gear noise, this one stuck out more to me than others.

I was a bit surprised when the bike kept driving under motor power the first time I released the throttle, but I quickly realized that was the cruise control kicking in. Another good reason to read the manual before your first ride – oops. 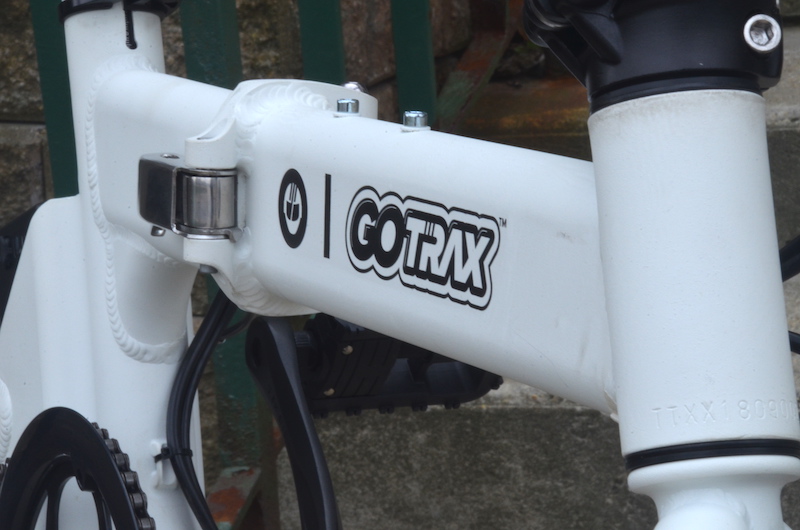 The throttle is actually nicely designed compared to most thumb throttles I’ve tried. It is a paddle style that is pressed forward instead of down. It is a more ergonomic design, though it does take some time to get used to if you’re more familiar with the typical rotational thumb throttles.

The 3-speed selector on the left side of the handlebars is easy to reach and clearly displays the pedal assist (PAS) level. The different levels have the following top speeds:

The bike has no suspension so you’ll feel larger bumps and potholes. But the pneumatic tires are sufficient for smoothing out minor road imperfections and don’t seem to magnify sidewalk cracks. The tires are a cheaper import brand so it’s hard to say how long they’ll last, but they’ve held up just fine for me so far. 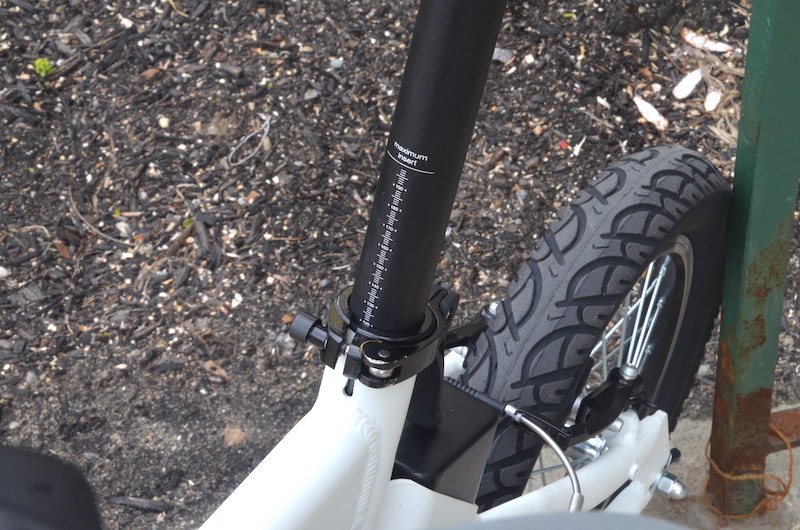 While I would have loved to see some higher end components such as disc brakes or built-in lights, the bike still works well for what you get and is a pretty good value for the price. One missing component that I feel would make a big difference is a kickstand. I’ve never seen an e-bike that didn’t come with one, outside of ultra premium multi-thousand dollar road and downhill e-bikes that try to save every gram of weight. But for a commuter, a kickstand is pretty important. You can always add a cheap $7 kickstand from Amazon, but I would have preferred they save us the step and include their own cheap kickstand.

The battery on the Shift S1 is quite interesting.

On the one hand I love how tiny it is. You can literally pull it out and stick it in the front pocket of your jeans. It’s almost weird how small it is, but I love it. It also has a built-in USB output so you could use it as a fairly large (187 Wh) powerpack device when traveling or just day-to-day. 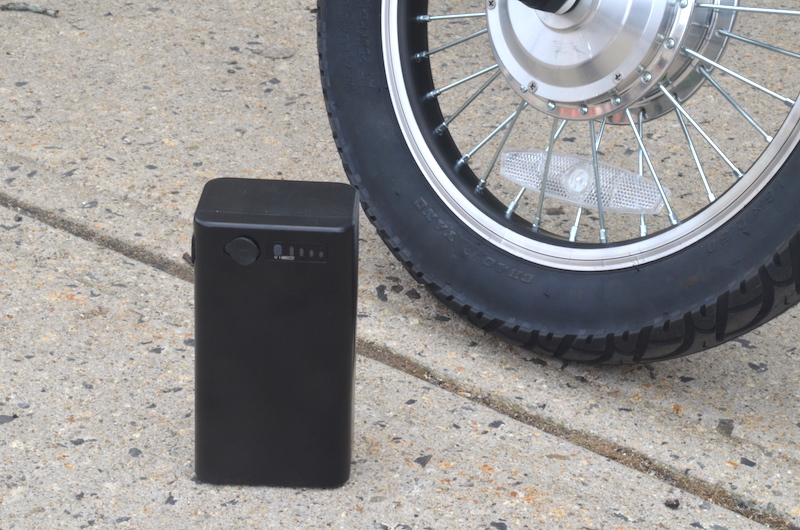 On the other hand, the battery doesn’t lock into the bike, which means you can’t just leave it on your bike when you park at the bike rack. Anyone could walk by and simply remove your battery. That seems like an oversight to me, though perhaps the designers assumed that such a small battery would just be easy to take with you. And it is. My wife could probably lose this battery in her purse.

If you ride your Shift S1 to class, it’d be easy to toss the battery in your backpack and forget about it – until you need to charge your phone or tablet from it during class. And with such a small folding e-bike, you might be able to just bring the Shift S1 inside with you at your destination.

At just 36V and 5.2 Ah, the battery is not designed for long distance travel. GOTRAX claims the Shift S1 has a range of up to 15 miles (25 km), though that’s only with a lower pedal assist level. If you’re going full throttle, 10 miles (15 km) is a better estimate. But with a battery this small, you could easily charge it at your desk or in the corner of the classroom – lengthening your effective range.

For its $799 price, the Shift S1 has a lot of value. The bike works well, is comfortable to ride, travels quickly at 20 mph (32 km/h) and is light enough to easily carry up a flight of stairs or onto a train.

The battery could be bigger, but then that would cut into its portability. And the ability to use the battery as a portable power source for charging handheld electronics is a really nice feature.

The Shift S1 isn’t going to blow anyone away with amazing performance, but it is peppy enough to have a lot of fun on. And if you mostly travel by rideshares like Uber or scootershares like Bird, you can probably pay for the S1 after just a few months of cutting out app-based transportation. It’s hard to ask for too much more from such an inexpensive e-bike.

What do you think of the GOTRAX Shift S1? Let us know in the comments below.