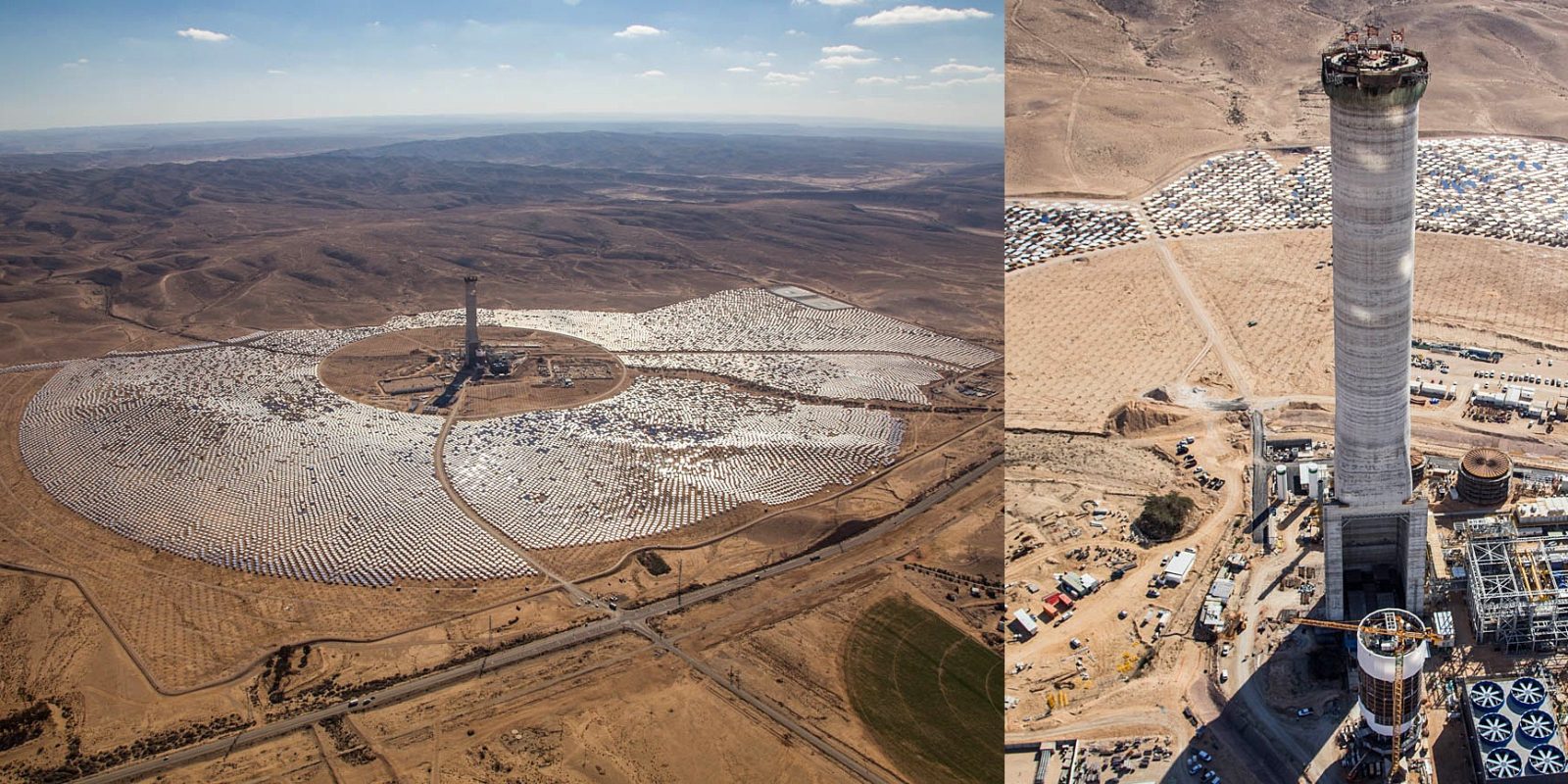 When we last checked in on Israel’s skyscraper-sized solar tower in January 2017, construction was just underway. The tower is now complete, standing at 240 meters (787 ft.) tall, and it’s already running according to Israel Today.

The massive tower is part of the Ashalim Power Station, a 250 MW combined solar thermal station in the Negev Desert. Ashalim uses 50,000 computer-controlled mirrors to track the sun and reflect sunlight onto a boiler atop the tower. BrightSource notes the station will generate enough electricity for 120,000 homes. The facility takes up over 3 sq. km.

It seemed almost everyone predicted a solar rebound in the U.S. coming into 2019 and early indications are promising.

CNBC reports business is “bouncing back” after being “rocked” by Trump’s tariffs, mainly due to state solar initiatives. Most of the article concentrates, unsurprisingly, on California, which will require solar panels on new homes built in 2020.

Roofing and solar provider PetersenDean is projecting 11,000-12,000 new installations this year and needs to hire 350 to 400 installers by the year’s end. PetersenDean COO Gary Liardon said,

“We are constantly hiring installers. But that mandate is going to increase our need for installers by roughly 300% just based on current install rates today.”

California will remain a driver of solar power in the U.S. going forward, but SEIA president and CEO Abigail Ross Hopper said corporate purchases and utility investment are helping the industry as well, and should continue to do so into the future.

Ever wonder what the inside of a wind turbine looks like? #windworks pic.twitter.com/EIr8goyFy1

The U.S. Department of Energy’s (DOE) Advanced Research Projects Agency-Energy (ARPA-E) announced up to $20 million in funding to “accelerate the incorporation of machine learning and artificial intelligence into energy technology and product design processes.”

The program has an even longer acronym moniker than ARPA-E — DIFFERENTIATE, which rather hilariously stands for Design Intelligence for Formidable Energy Reduction Engendering Numerous Totally Impactful Advanced Technology Enhancements.

DIFFERENTIATE proposals are expected to “explicitly identify a selected challenge problem, an anticipated solution, a data acquisition strategy, major development risks, and an anticipated path to market for the final tool or software utility developed.”

We’ve recently noted how Google is leveraging machine learning to predict wind power output 36 hours in advance in the hopes of making wind farms more efficient. Perhaps the DOE’s funding will be used on similar projects.

Norway’s $1 trillion sovereign wealth fund recently decided to divest in some oil and gas holdings. While that drew a lot of interest, the fund is going even further into renewables, The Guardian reports.

Last week, the country announced it would be boosting its green project funding by double, up to $14 billion. As Storebrand Asset Management CEO Jan Erik Saugestad said, “Even a fund built on oil is seeing that the future is green.”

“This move will most likely expand the market further and faster. Our overall renewables infrastructure rate of return was around 11% last year. Clean energy is what will move us away from the dangerous and devastating pathway we are currently on.”