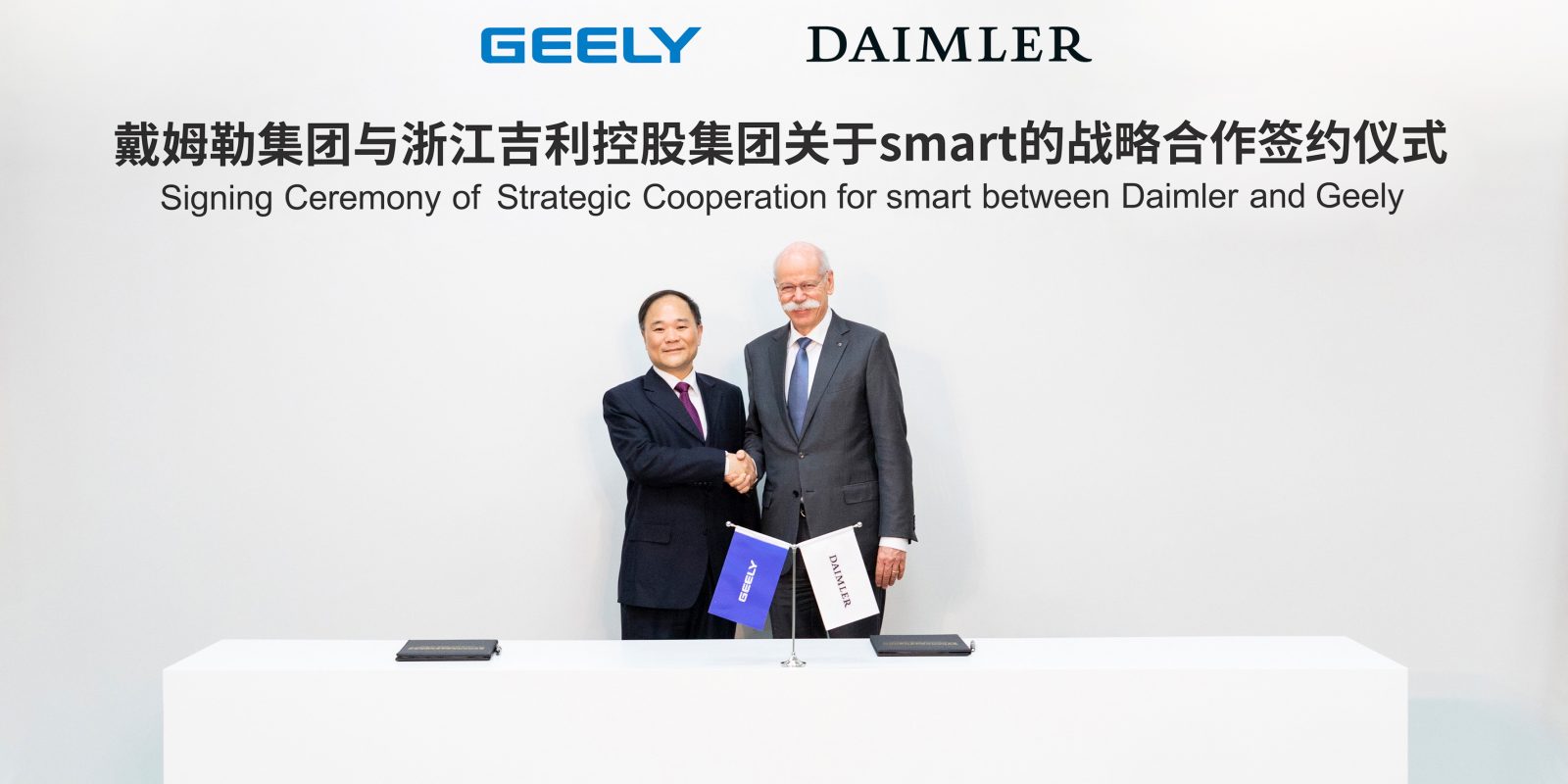 Daimler and Geely have announced a joint venture to make Smart cars in China, as a global all-electric brand.

The new joint venture is 50/50, and the automakers plan on producing a new generation of all-electric Smart cars in a new electric car factory in China. They said global sales will begin in 2022.

Smart became an all-electric brand in the U.S. in 2017, and last year, Daimler announced plans to do the same in Europe by 2020.

It’s clear Daimler sees the potential for an urban EV in China. On Daimler’s blog, CEO Dieter Zetsche writes that “it’s a perfect fit that smart will also be at home in the country that already has more than 100 cities with populations of over one million people: China. And Geely’s decades of experience in this market is a decisive advantage to expand the global reach of the smart idea.”

Daimler has made a number of EV announcements in recent months, including joint ventures with BMW. The companies are investing $1 billion and focusing on all-electric on-demand autonomous mobility. (In a separate partnership, the two companies are working together to develop autonomous vehicles.) Mercedes-Benz has reportedly delayed its all-electric EQC until November — the company noted the SUV is sold out for at least this year.

Geely announced an all-electric sedan for the global market earlier this year, which the company later introduced as the GE11. Geely will initially launch the sedan “in first and second tier cities in China.”

Daimler’s Smart partnership may be the latest in a possible trend — established automakers building electric cars in China for global export. We’ve seen the same thing with BMW’s iX3, and Volvo’s Polestar brand.

China is able to manufacture these vehicles cheaply. One has to wonder, though, if China will take the knowledge it gains from building cheap EVs to make a move to dominate the medium and upscale market as the world moves deeper into EVs over the next few years.