China’s Geely has been expanding beyond its home country over the past few years with acquisitions like Volvo. But now they plan to expand globally with their own vehicles – starting with an all-electric sedan.

They unveiled the first image of the vehicle today.

Between all its brands, Geely sold over 2.15 million vehicles in 2018 – making it one of the most important Chinese automakers.

Geely Auto in China has been responsible for most of those sales with around 1.4 million deliveries, but the company has been expanding in many ways.

2018 was the first full year of production for its new premium brand LYNK & CO and they delivered over 120,000 units.

Globally, Geely has Volvo and Lotus selling cars all around the world, but now they want to bring their Chinese brand to those markets too.

Today, the group unveiled the first image of a new electric sedan, which they claim will “spearhead” their efforts to expand beyond China:

“The forthcoming new sedan is a globally developed product and will begin to spearhead Geely’s efforts into entering overseas markets.”

Here’s the picture that they released today: 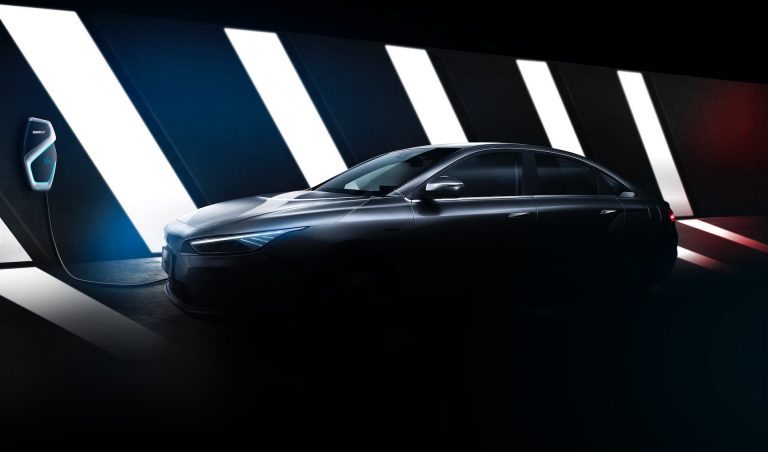 The automaker shared a few details about the vehicle ahead of the official launch:

“The design language will use a ‘closed’ frontal design language with the headlights designed around the concept of ‘Yi’, the Chinese word for one: “一”, which allows the headlights to reach across the front of the car and up into the front arches. The strong pronounced hoodline also improves the wind drag coefficient of the model, bringing it down to just 0.2375 and allowing for greater efficiency whilst driving. To further that efficiency, Geely’s new electric sedan has moved to integrate its door handles into the bodywork and will only appear when the driver is within a certain range.”

Geely says that the vehicle will be unveiled in full in “early 2019”, but they didn’t specify when it will be available globally.