Tesla Model 3 with the new Standard Range Plus battery pack is pushing the efficiency of the vehicle to a new high of 134 MPGe — making it one of the most efficient vehicles ever, but the Hyundai Ioniq Electric is still king when it comes to efficiency.

We’ve been following how Tesla has progressed in terms of efficiency with the different versions of the Model 3 released over the last 2 years.

Tesla’s Long Range RWD Model 3 got an official EPA rating of 126 MPGe and it later improved to 130 MPGe.

Despite the lighter battery pack, the Model 3 Mid-Range, which has now been discontinued, got a lower 123 MPGe.

Now, the new Tesla Model 3 ‘Standard Range Plus’ apparently got its EPA rating and it did push the Model 3’s efficiency to new highs: 134 MPGe.

The rating is still not available on the EPA’s website, but a reader sent us a picture of the Monroney sticker of the Standard Plus Model 3: 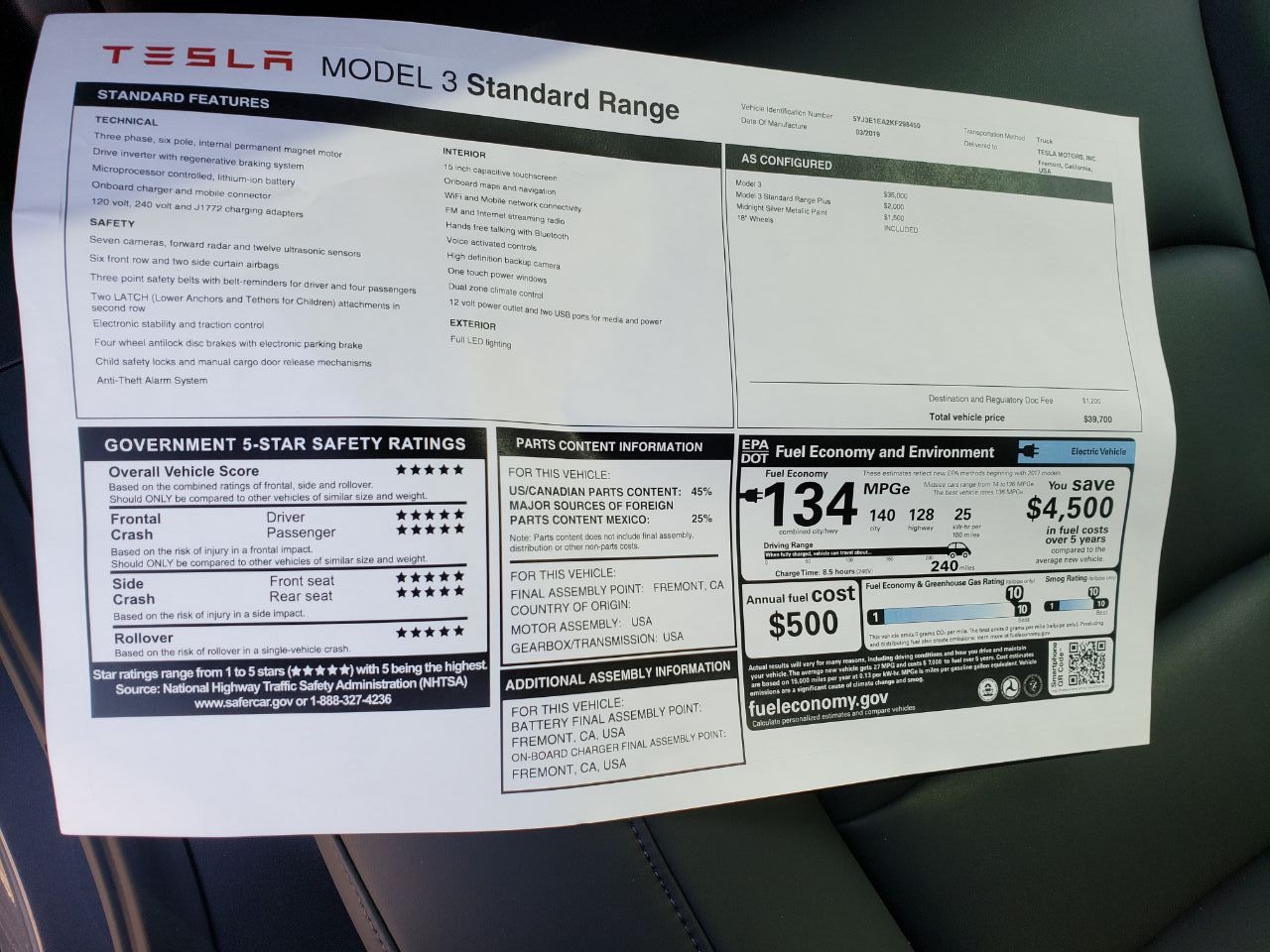 With those results, the Model 3 comes closer to becoming the most efficient passenger vehicle ever, but the Hyundai Ioniq still has it beat by 2 MPGe.

Interesting results. We’ve speculated for a while now about how the base version of the Model 3 could result in higher efficiency and now it’s clear that is the case, though I still have some questions.

Mainly, the vehicle is listed as a ‘Standard Range’ Model 3 and we can actually only see the ‘Standard Range Plus’ option in the configuration section.

The company is listing the weight of both cars at 3,627 lbs — leading us to believe that they both have the same hardware and the base version is software-locked. We were told that this is not true and the weight is a mistake, but it’s still listed like this weeks later.

It would be interesting to see what kind of efficiency the ‘Standard Range’  without the Plus option would get.

Either way, it’s still an impressing efficiency that no other long-range vehicle is getting even close to at this point.