A few months ago, the EPA officially released the Tesla Model 3 Long Range version’s efficiency rating with a leading ‘126 MPGe’.

The agency has now updated the rating for the 2018 version and despite no apparent change, the vehicle obtained a better efficiency rating than the 2017 model year.

It might seem like only a small difference, but it’s actually significant enough that it should make a difference on the range.

Yet, the rated range has remained unchanged at 310 miles (499 km) on a single charge: 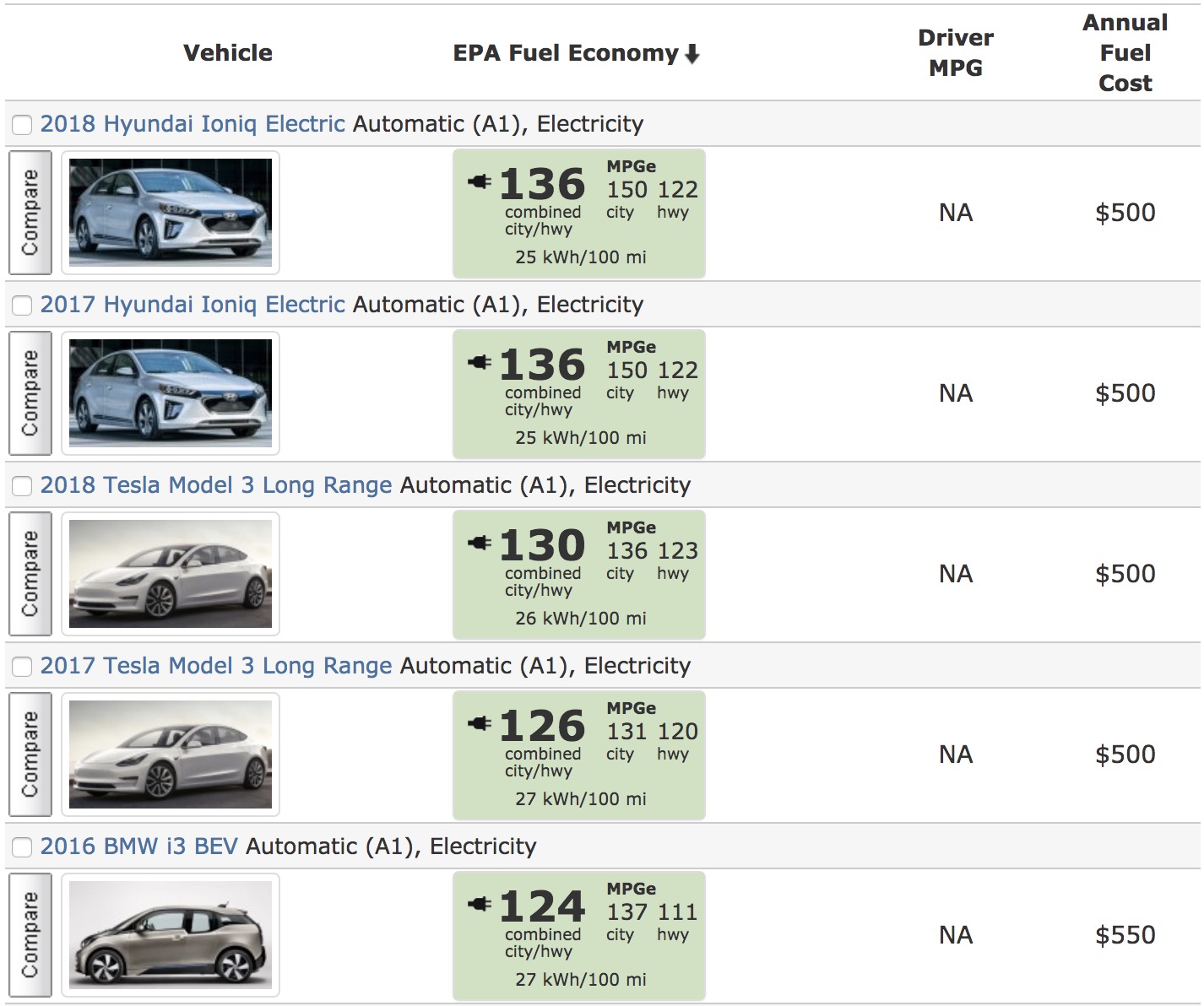 But Tesla has been known to request a less ambitious rated range than what the EPA could officially advertise – presumably in an attempt to under-promise in order to over-deliver, which could help with range anxiety.

The improvement is not significant enough to dislodge the Hyundai Ioniq Electric has the leader in efficiency, but it’s starting to look good for the Model 3 with the standard battery version, which could potentially overtake it.

It’s still not clear what changed to result in this new rating.

Tesla doesn’t release vehicles on a model year basis, but it still has to submit new data for ratings or vehicles for testing every year and we know that the company often make changes on its vehicles.

Could there have been significant enough changes over the first few months of production to result in an improvement in efficiency?

Again, it’s unclear at this point.

It could also be a simple mistake with the rating or the data submitted, which wouldn’t be a first.

If you have a theory, let us know in the comment section below.