The latest version of the Tesla Model 3 with a “Mid-Range” battery pack has now received its official EPA rating and the results are surprising when compared with other versions of the electric vehicle.

In October, Tesla surprised many with the launch of a new ‘Mid-Range’ battery pack for the Model 3.

Tesla says that the battery pack is the same as the Long Range pack, which was the only one in production for the Model 3, but it is equipped with fewer cells.

A source familiar with Tesla’s production of the new Mid-Range battery pack told Electrek that it has a capacity of 62 kWh.

Now the EPA has released its official rating for the new version of the Model 3 and it surprisingly gets a lower MPGe than its Long-Range RWD counterparts: 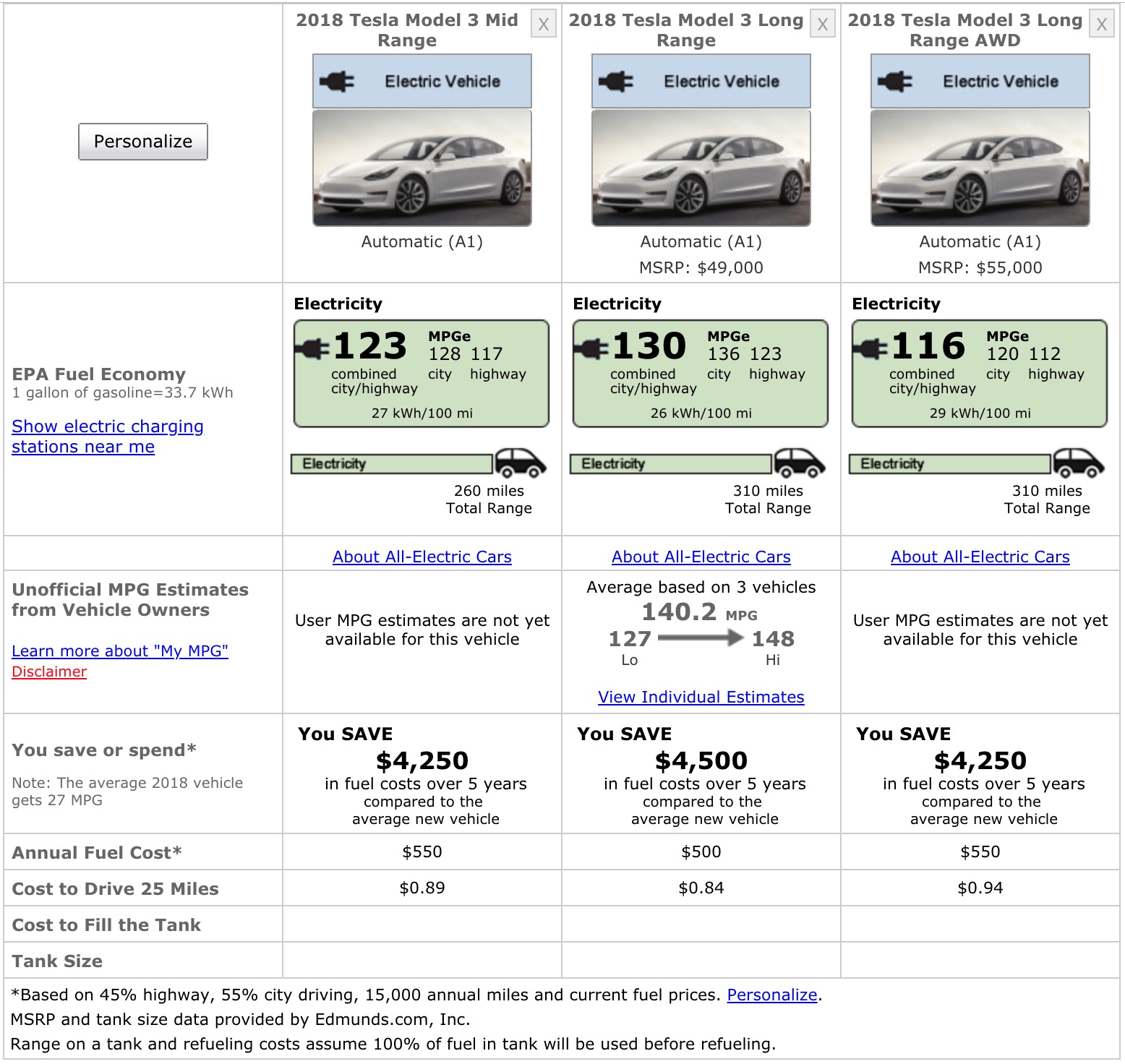 The best comparison would be with Model 3 with the Long Range battery pack and RWD drivetrain.

Despite the lighter battery pack, the Model 3 Mid-Range gets a lower 123 MPGe, 128 for city driving and 117 for highway driving, versus a combined 130 MPGe for the Long Range version.

Tesla started production of the Model 3 Mid-Range in October in order to provide a less expensive option to those waiting for the base version of the vehicle but who want to take advantage of the full federal tax credit, which will start to phase out at the end of the year.

What is surprising is that it is less efficient than the Long Range version, but those are still very good numbers that make the Model 3 Mid-Range one of the most efficient EVs on the market.

The lower efficiency numbers might also simply be due to the EPA calculations. They don’t always test all the different versions of the same vehicle.

The Model 3 has now been offered with 4 different trims and the EPA probably didn’t put all of them through its cycle tests.

Some calculations based on the new specs might be skewing the numbers. We will do some more digging and report back.

Also, it doesn’t mean that the Standard Battery pack version will also be less efficient since it is expected to launch with a different battery module design.