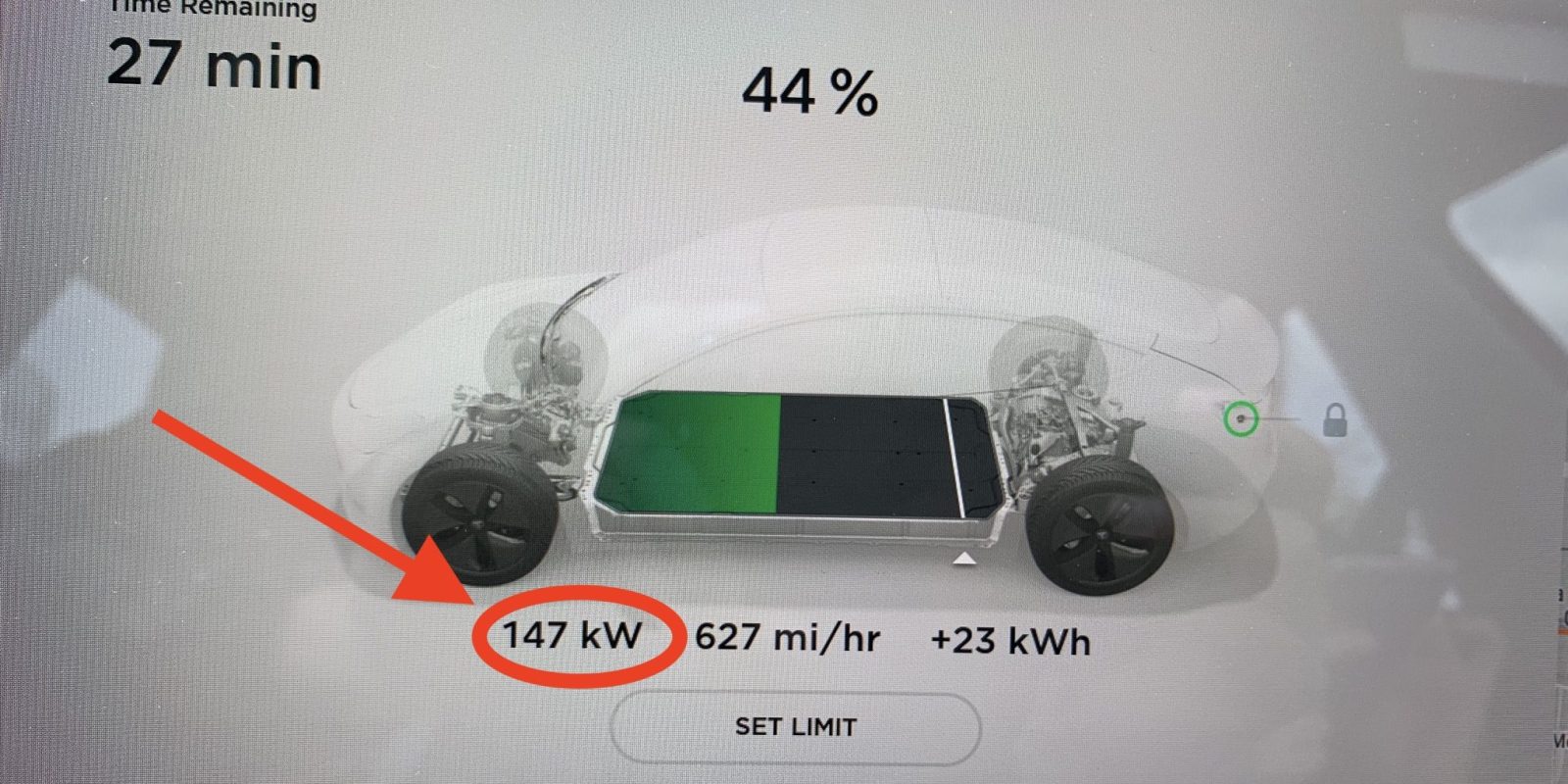 Following the announcement of its Supercharger V3, Tesla is now also starting to unlock more power in its existing Supercharger stations.

When Tesla launched Supercharger V3 earlier this month, it introduced an improved top charge rate of 250 kW at the new charging stations.

At the same time, the company also announced that it would unlock more power in its existing Supercharger V2 stations.

Tesla said that they are going to update the current V2 infrastructure to a new peak charge rate of 145kW for single-vehicle charging.

We already knew that the stations were able to deliver that charge rate, but the vehicles were believed to be the bottleneck.

Now that we know Model 3 vehicles can charge at up to 250 kW (even 256 kW in some instances), it’s clear that they could take more power out of the existing V2 Supercharger stations.

A Model 3 owner going by u/privaterbok on Reddit managed to get a 147 kW charge rate at a V2 Supercharger with his vehicle:

At the peak rate, it’s charging the Long Range RWD Model 3 at a rate of 627 miles per hour.

It also appears to be able to maintain the top charge rate at close to 50% state-of-charge, which should enable better overall charging session times.

Model S and Model X are also supposed to be able to take advantage of the higher charge, but their new peak charge rate is still not clear.

As we reported last week, Tesla updated the Model S/X charge rate to a new 200+ kW capability on its website, but the company quickly reverted back to normal.

We expect more information about the new Model S and Model X charge rate in the coming weeks.