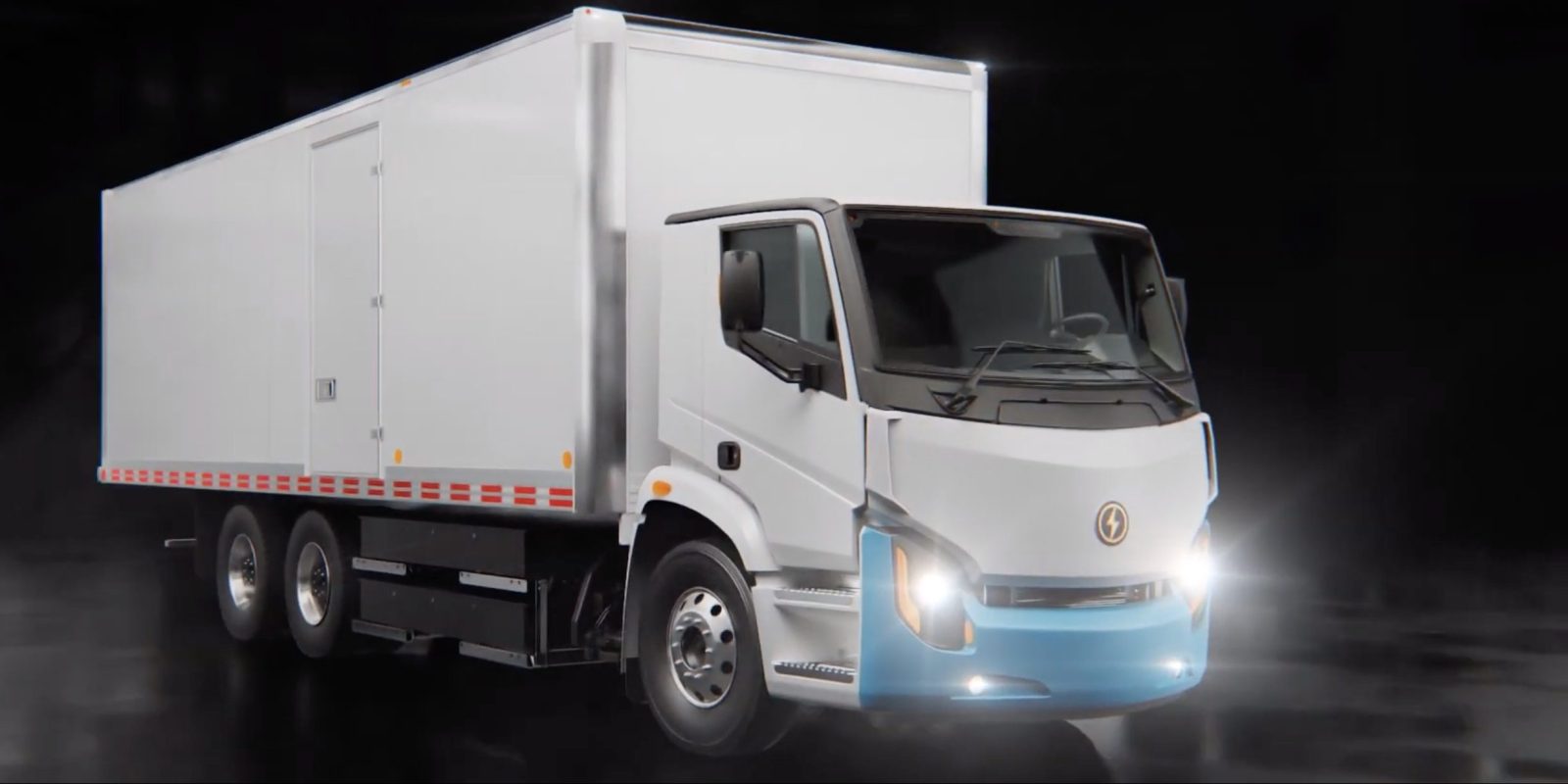 The Lion Electric Co., a Quebec-based school bus maker mainly known for its electric buses, has unveiled this week a new all-electric class 8 truck and it will deliver emission-free booze.

We visited Lion last year and mainly focused on their effort to electrify the school bus market, but we also took an early look at their plans to expand into commercial trucks.

Yesterday, they officially launch this expansion starting with the Lion8, an all-electric urban class 8 truck with a range of “up to 400 kilometers” (250 miles).

At the launch Marc Bédard, Founder and CEO of The Lion Electric Co, commented:

“We are very proud that The Lion Electric Co. is ready to commercially launch its first all-electric Class 8 urban truck now. Day after day, the expertise, passion, and vision of our partners, suppliers, and employees continues to impress me. Thanks to them and the industry that fully supports the electrification of transportation, we were able to make possible what everyone said was impossible!”

Here’s a video of the launch of the Lion8:

An interesting feature of Lion’s trucks is that the battery system is modular and swappable simply with a regular lift.

The company says that they can stack up to 480 kWh of battery packs in the Lion8 and configure it with an up to 350 kW and 3,500 Nm torque electric powertrain.

SAQ, the government-owned alcohol distributor in Quebec, is going to be the first Lion8 customer.

“SAQ is proud to be the first company that will operate innovative vehicles on our roads. This purchase is completely in line with our transportation sustainable development plan that aims to reduce greenhouse gases.”

They expect to take delivery of their first electric truck this autumn.

The price hasn’t been released yet, but it’s expected to be significantly more than a diesel truck before accounting for fuel savings.

After fuel savings, the overall cost of the vehicle is expected to be extremely advantageous over a relatively short period of time.