Much like the riders that use them, electric scooters come in all shapes and sizes. While you’re probably familiar with the standard electric kick scooters like Bird and Lime, or the sexier sit-down scooters like the Vespa Elettrica, those are just the ones that hog all the attention.

But Motochimp wants to change that, and has rolled out their new Motochimp Lyinh V2 electric scooter as a prime example. And sure, it’s a bit odd looking. But this electric scooter is a veritable urban assault vehicle. Read on to see why.

Update: Motochimp shared a $100 discount on their V2 scooter with Electrek readers. You can claim it here.

After the first version of Motochimp’s boxy electric scooter was released two years ago to high acclaim, the company is back with an updated version.

The scooter was designed by Singapore-based Vanda Electrics, who are also responsible for creating the Dendrobium electric hypercar.

The 93-lb (42 kg) Motochimp V2 has a top speed of 28 mph (45 km/h) which should keep it street legal without a motorcycle license in many (but not all) locations. In others, it means you simply need a low-powered scooter license instead of a full motorcycle license.

The square tubular extruded aluminum body houses a 750 Wh removable battery which should be suitable for 20-25 miles (30-40 km) of range. When the battery is depleted, the company claims it can be recharged in just 2 hours, getting riders back on the road quickly.

While it looks rather small and toy-like, the scooter is full featured. The Motochimp V2 includes rear suspension and fat tires to provide a comfortable ride. Mirrors and a full light package increase the utility of the Motochimp V2, in addition to keeping it street legal.

It even has a license plate hanger, should you need to register it. 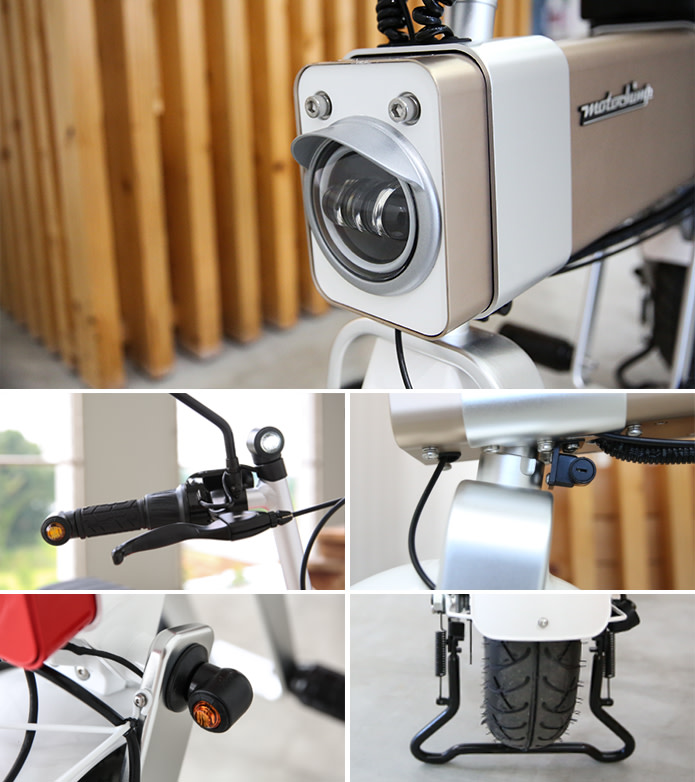 The rear 750 W hub motor likely isn’t going to have thrilling acceleration, but it should help with range.

And despite the lower power, the scooter is still rated for a load capacity of 220 lbs (100 kg).

The “Lyinh” moniker actually comes from the name of the young girl that drew the sketch (below) that inspired the scooter.

That simplified initial designed was worked into a fully-fledged electric scooter by Vanda Electrics. That unique origin story lead to what is one of the most eye-catching electric scooters on the market. As the company described to Electrek:

“The unique look is definitely the first thing that catches the attention of many who have come to love our bike, but there are many other considerations for functionality and customization that have been designed into the Motochimp. For example, instead of using a tubular frame as the main structure and then having claddings added on as an exterior skin, we did things a little differently. The main fuselage of the bike is both the structural component as well as the A surface of the bike. Made out of extruded 6061 aluminium alloy for a rust-free lifespan, the fuselage houses and protects the battery and other electronic components. The large surface on the side of the fuselage serves as a canvas that invites users to personalize and customize their bikes to suit their personality. The smaller size and lower seat height of the Motochimp cater to wannabe riders who may have difficulties with the handling of larger bikes.”

A number of color variations are available, but that eye-catching Bumblebee Yellow is limited to just 300 units.

So if yellow is your thing, you might want to hurry on that one. 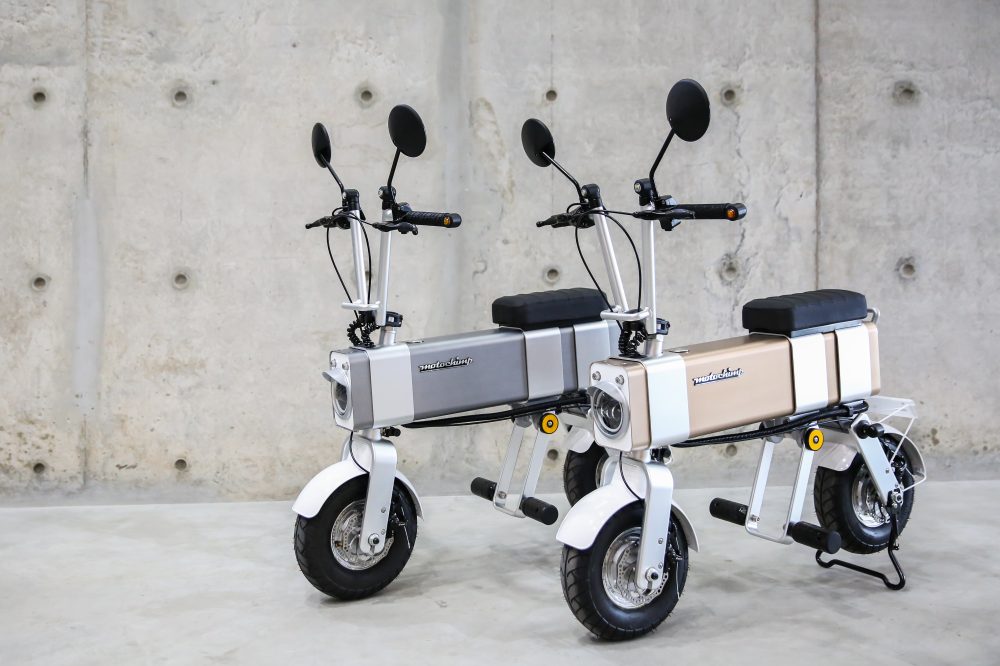 Instead of taking orders directly through their website, Motochimp is using the Indiegogo crowdfunding platform. That means customers are actually “backers” who pledge a certain amount of money in exchange for the promise of receiving an electric scooter. Backers are essentially funding the company to hopefully produce the scooters, which Motochimp says should be ready for delivery in August.

This has been a common strategy lately, employed by small companies and multi-million dollar international corporations alike. Using a platform like Indiegogo helps companies expand their reach as opposed to simply launching presales via their own website. Indiegogo also offers substantial support to campaigns to help them increase their potential marketing reach. 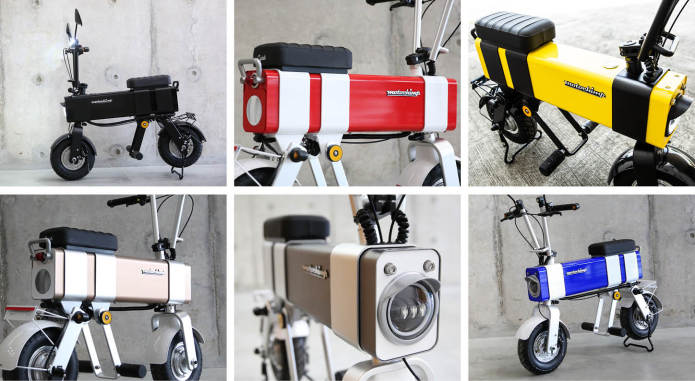 However, not all Indiegogo campaigns that reach their goals end up fulfilling their promise of providing the product to backers. And many that do end up experiencing delays, often delivering the product later than initially promised.

That isn’t meant to scare you off, but buyers should know this going in. Many electric motorcycles and scooters such as NIU and ONYX reached their goals and fulfilled their pledges.

To Motochimp’s credit, they’ve been around for years selling the previous version of their scooter worldwide in a large dealer network, so the scam risk on this one is certainly lower than a company without a reputation to stand on.

What do you think of the new Motochimp Lyinh V2 electric scooter? Let us know in the comments below!