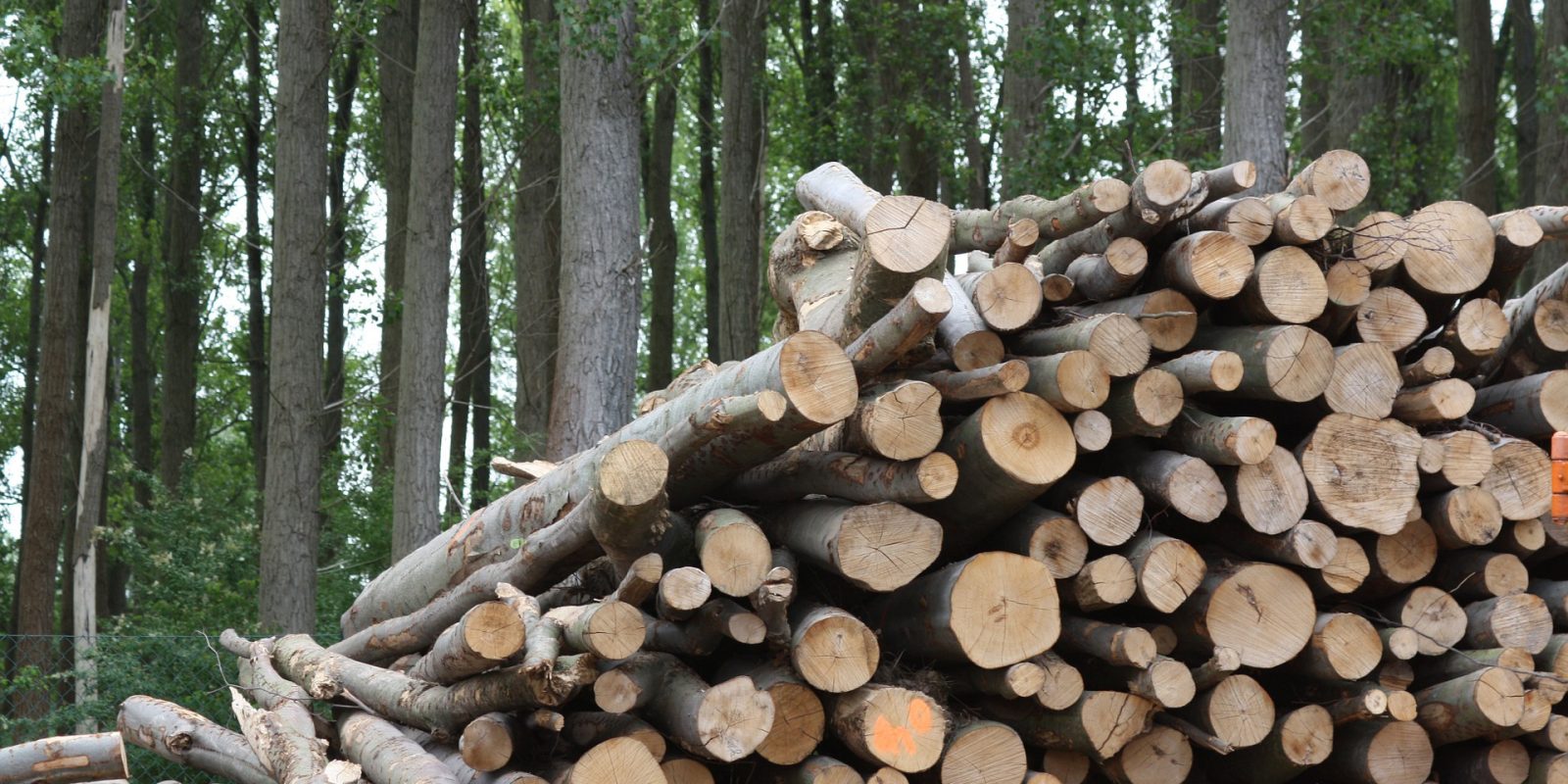 The European Union is relying heavily on burning forest biomass to meet its carbon emissions goals. And now it’s facing a legal challenge that’s sure to ignite debate on what it really means for an energy source to be renewable and carbon neutral.

Plaintiffs from six different countries have challenged the EU’s treatment of forest biomass as a renewable fuel with a suit in European General Court. The plaintiffs have set up a website detailing the lawsuit, with backing from the Center for Climate Integrity.

The EU’s revised Renewable Energy Directive (known as RED II) raised its target for renewable energy consumption to 32 percent by 2030. RED II agreed to count biomass toward those goals, as long as it met certain sustainability criteria.

The plaintiffs all claim to be impacted by biomass energy production. Coming from Estonia, Ireland, France, Romania, Slovakia, and the U.S., they see things a different way, arguing that:

“RED II will accelerate widespread forest devastation and significantly increase greenhouse gas emissions by not counting CO2 emissions from burning wood fuels. Wood-fired power plants emit more CO2 per unit of energy generated than coal plants, but RED II counts these emissions as zero. The treatment of forest biomass as low or zero–carbon renewable energy in both RED I and RED II has and will continue to increase harvesting pressure on forests in Europe and North America to meet the growing demand for woody biomass fuel in the EU.”

Furthermore, they contend that the EU’s push for increasing its use of forest biomass “undermines its own purpose of reducing greenhouse gas emissions, and in fact will result in increased net CO2 emissions and degradation of forest carbon sinks.”

The plaintiffs point to the EU’s significant increase in biomass energy as a major problem noting that by 2016,

An in-depth summary of the case on the plaintiffs’ website makes the argument that increased demand is destroying natural forest ecosystems. It’s also driving logging in “rare and special forests,” including in the U.S. Southeast.

On the same day the case was to be filed in court, the EU released a graphic illustrating the union’s share of total energy for heating and cooling coming from renewable sources in 2017. 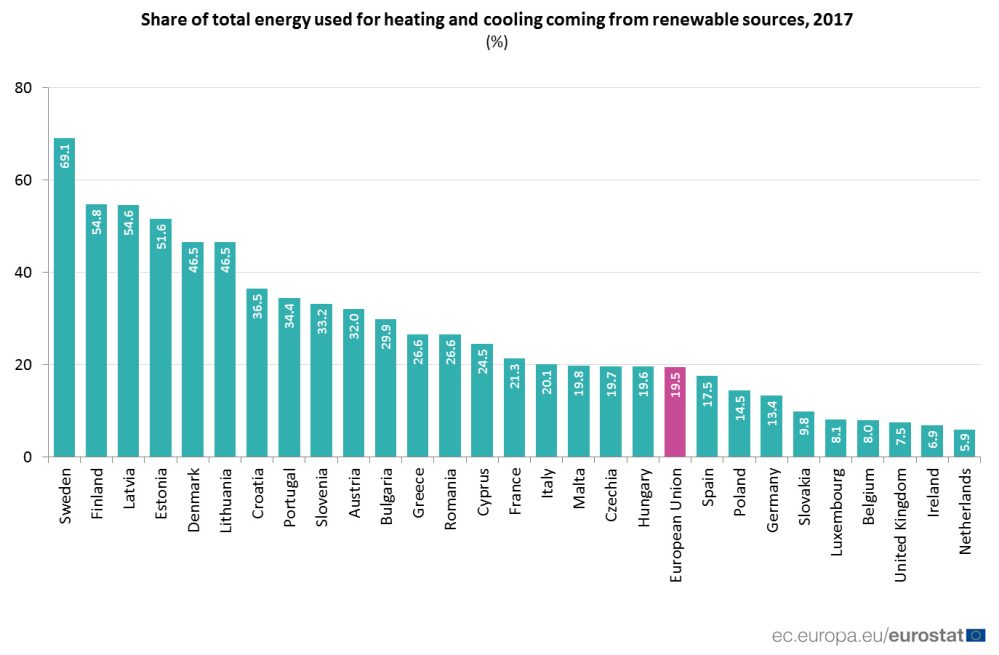 Also on Monday, when the case was introduced, Vox published an article titled “Europe’s renewable energy policy is built on burning American trees.” The subhead simply summarizes, “Biomass energy is inadvertently making the climate crisis worse.” Vox did note that:

“The science on biomass, unlike that on the influence of carbon dioxide on warming, isn’t totally settled. Both carbon dynamics and forest science are complex and contentious fields, and in assessing whether biomass is better than alternatives, models have to take into account — or deliberately elide — complex factors.”

The article breaks down a number of factors in this biomass energy boom, including a number of arguments in favor of biomass burning. Those in the industry argue that they’re creating a market. It’s a market for trees which would “be cut anyway…or be burned for waste.” The carbon neutrality argument for biomass comes from the ideas that:

“First, that the carbon burned in the pellets can be brought back to Earth in the form of new trees; second, that the wood burned is industry waste that would be lost to the air anyway.”

Many scientists, including those interviewed by Vox, disagree with those conclusions. In January 2018, nearly 800 scientists signed a letter asking EU parliament to end support for biomass. The letter says “the solution to replacing coal is not to go back to burning forests, but instead to replace fossil fuels with low carbon sources, such as solar and wind.”

It’s not just the EU — in November 2018, the EPA issued a press release noting that, together with the USDA and DOE, forest biomass should be treated as a carbon neutral energy source. According to the EIA, biomass and waste fuels accounted for 2 percent of U.S. electricity generation in 2016.

What do you think? Does biomass deserve to be classified as renewable or carbon neutral? Are you for burning forest biomass or against it?