Tesla stops all car orders ahead of announcement [Updated]

By updating its website just now and stopping Model 3 orders, Tesla has released an important clue about today’s announcement in the next few hours – showing it is related to Model 3.

Update: Tesla has now stopped all custom orders ahead of the announcement- the announcement is out now” Tesla finally launches base Model 3 for $35,000 with shorter range and new interior

Earlier this week, Elon Musk said that Tesla will make an announcement today at 2pm Pacific and we have been speculating about what it could be ever since.

Today, Tesla updated its website a few hours before the announcement to stop Model 3 orders.

When clicking on the Model 3 ordering page, buyers are instead told that “The wait is almost over” and that “Great things are launching at 2pm.”

Here’s the screenshot of the page:

Update: Tesla has now closed all the custom orders, including Model S and Model X.

We are going to update and post more information about the new launch in the next few hours as we learn more. Stay tuned.

W It’s the only thing that would justify pausing orders.

I felt like it was a little early for the Model 3 base battery pack based on recent comments made by Elon about it coming toward the middle of the year.

Though we are almost in March and it might make sense to start taking orders for the base version if it’s launching in the next 2-3 months.

It could also be the long-awaited Model 3 standard interior, which should result in the base price of $35,000 if combined with the standard battery pack.

The new interior and/or a cheaper Model 3 was the second most upvoted post: 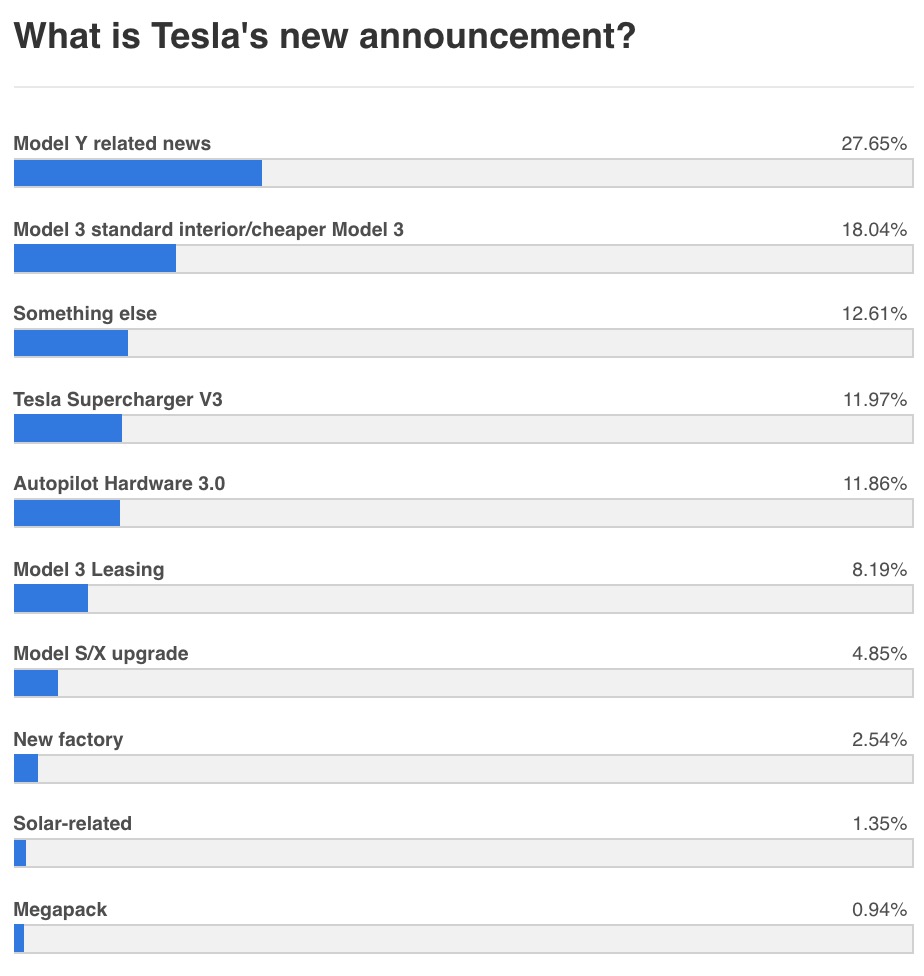 Update: they have now shut down all orders for Model S and Model X – hinting at a potential upgrade that affects all vehicles.

It’s either that or Tesla is doing the Apple thing where they close their whole store before any announcement.

It could be the new battery module that Tesla has been working on for a while. It could enable new battery pack options across the entire lineup?

I don’t know. What do you think? Let us know in the comment section below.